Top 5 Networks That Have Sold Their Souls

Part one of a two-part series. 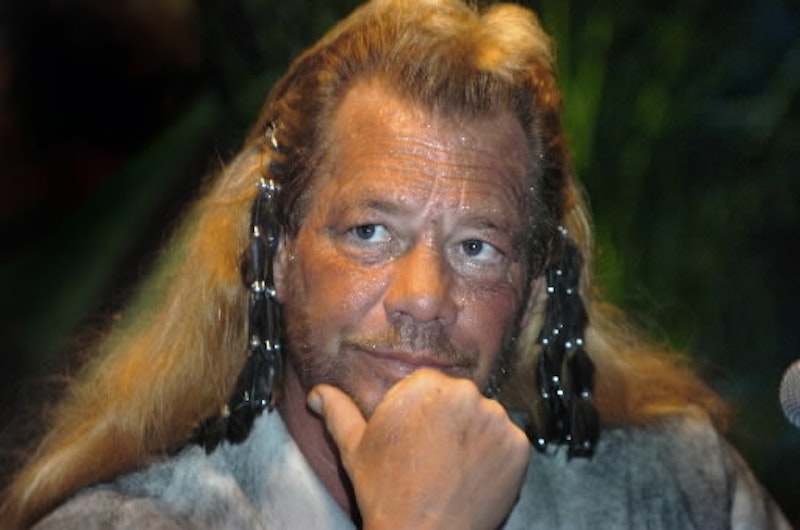 One of the oft-touted benefits of cable television has been the great diversity of programming produced from an ever-growing list of networks. There’s a channel for everything! Cooking! Women! History!

The truth is more complicated. As competition has grown for audiences, and as ratings expectations grow, a number of channels have gone through extensive re-branding efforts, shaving their niche series for headline-grabbing shows with greater appeal.
As channels re-branded, programs started to look similar. Two big trends emerged: one toward high-cost scripted content, the other to low-cost reality shows. In general, those channels that went “reality” leaned toward “shock” television, whereas those that went “scripted” gravitated toward critical darlings, pushing TV forward in the tradition of HBO.

Two types of cable networks have emerged, ones who sold their souls for ratings and ones who have seen the light. Here’s the first kind.

TLC
Does anyone under 22 remember TLC stands for “The Learning Channel”? TLC is a subset of the Discovery Company and had originally built its brand on high-minded documentaries on health, science and a number of other issues. It was known as the channel for gross-out surgeries, often plastic in nature.

But TLC’s current hit is none other than Sarah Palin’s Alaska and another special with former homosexual Ted Haggard is in the works. TLC has built its new brand on the “women who have too much children” genre, most notably Jon & Kate Plus 8 (now Kate plus 8) and 19 Kids and Counting. Also on the schedule are such gems as I Didn’t Know I Was Pregnant and what seems to be a revolving door of shows about little people. I wouldn’t say these programs are without value, but I’m not sure how much “learning,” of the kind the network originally espoused, is going on.

truTV
One evening I was flipping through the channels and stumbled on a show that looked like Pop Up Video or one of those VH1 I Love … specials, the ones packed with pop culture commentators. Except the show was not about pop culture but what appeared to be YouTube-style videos of stupid people doing stupid things … while drunk! It was truTV’s World’s Dumbest.
The channel formerly known as CourtTV is now the network for “actuality” series (not “reality”!). What that means is a lot of “caught on camera” footage of the sort described above. Many of its shows are quite explicitly pandering: Full Throttle Saloon, an opportunity to show scantily clad women; Hardcore Pawn, an opportunity for schadenfreude; and of course Most Shocking, which needs no explanation.

A&E
“Arts and Entertainment” is a pretty broad phrase. How does a network violate such a broad mission? Originally the place for biographies and one-hour documentaries, A&E has experimented with bringing “quality television” to its viewers; its high-profile and expensive purchase of The Sopranos is the most prominent exception.

But its Sopranos purchase has been a notable letdown, and A&E dove heavily into exploitation television, greenlighting a slew of reality shows focusing on people behaving badly or getting punished for negligence. Dog the Bounty Hunter rounds up society’s lowlifes, Intervention shows us its addicts, Hoarders its obsessives, while Parking Wars and Storage Wars follows people who make money off others’ neglect. Is any of that artistic? No, but it sure is entertaining!

Bravo
If any channel bares responsibility for the surge of reality shows on cable it’s Bravo. Originally a low-profile network for reruns, independent films and performing arts coverage, Bravo took a quick turn toward glamorous lifestyle programming spearheaded by Queer Eye for the Straight Guy.

Bravo’s original reality programming focused on competition shows between professionals: fashion designers, interior designers, hair stylists and chefs. The point was to give audiences a glimpse into how the pros do it. It was fun and classy. But despite low-rated Work of Art and Top Chef, Bravo’s brand now rests solely on the shoulders of the Real Housewives, a group of women whose only work are themselves and the maintenance of their so-called brands. Don’t get me wrong: I’ve spent airline flights binging on the catty gals of New York, but the Real Housewives are, with the exception of the epic Jersey Shore, the essence of fluffy, inconsequential television.

E!
E! produces some of my favorite low-brow shows: The Soup, Chelsea Lately and Fashion Police are perfect at the end of a long day. They are witty and critical without being heavy-handed. But watching the commercials for the rest of the network’s programs sends me into small bout of depression. When did E! become the network for women you hate? Seriously, does anyone care about the Kardashians (and their spin-offs), Kendra, Kimora, the Girls Next Door, Jerseylicious or the women of Bridalplasty? Judging from the ratings, many people do. These women are superficial, many of them plastic, they work only to promote themselves or consumerism gone awry. Do I sound like a crank? Yes, but surely there’s an entertaining way to show a more diverse cross-section of women on the east and west coasts.

SyFy
With its somewhat opaque name change, SyFy wants to strike a balance between high-minded critical-bait (Battlestar spin-offs; British-adaptation Being Human) and crowd-pleasing reality shows (Ghost Stories, Face/Off), but its bid for a more “mainstream” audience epitomizes the philosophical shift in cable.

History
Dear programmers for The History Channel: there is such a thing as “history” before 1939 and after 1945. Love, Those of Us Who Aren’t Interested in WWII.

MTV
I wouldn’t dare resuscitate old complaints about MTV—“it’s not music television anymore!”—but the Jersey Shore, cable’s biggest reality show right now, coupled with the increasingly irrelevant The Real World begs the question of what MTV is for these days. I do appreciate Skins, though.