On Cable, Long Live the Anti-Hero 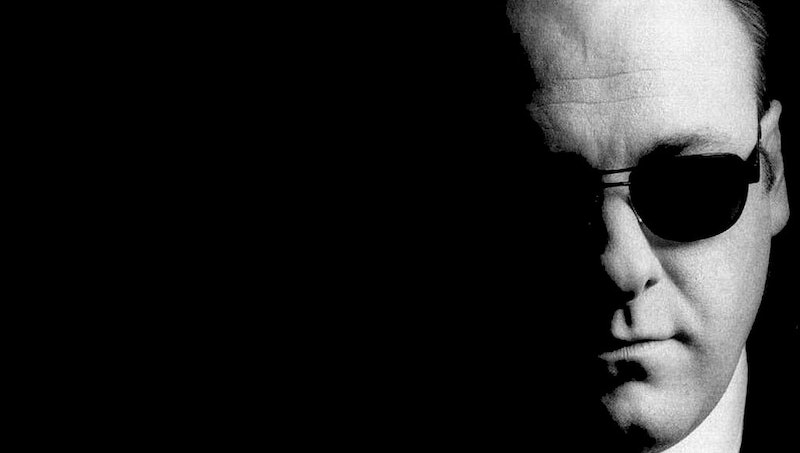 When The Sopranos concluded in 2007, a number of media critics trumpeted "the end of an era" where television shows looked for complicated "heroes," or "anti-heroes," to helm television dramas. Of course, many more critics credited The Sopranos with the revival of serialized, "quality television," television as cinema, full of complex characters and morally ambiguous plot lines; this remains true today.

More than ever, the anti-hero, in specific Tony Soprano-esque ways, is very much alive.

What The Sopranos Hath Wrought

Michael Flaherty, writing in The Hollywood Reporter, wrote in 2007 how, despite shows like The Shield, Rescue Me, and House, The Sopranos as a series and Tony Soprano as a character were one of a kind:

Yet few of the inevitable imitations have achieved the level of success that "Sopranos" maintained throughout its run. The early part of the millennium brought a tidal wave of pilot pitches that somehow tried to riff on the series, but few if any lived past a season … The concept of anchoring a show around an anti-hero has had better luck … Notes "Sopranos" executive producer Terence Winter, "I remember watching the pilot of 'The Shield' (where) Chiklis turns around and blows a hole in the head of another cop, and I remember thinking you could absolutely trace that type of thing right back to 'The Sopranos.'" "What 'The Sopranos' passed on to everybody is storytelling that's ambiguous, sometimes intentionally," adds Weiner.

The Sopranos encouraged networks to give us characters we love to hate or hate to love, specifically with male (interestingly, exclusively white) protagonists. These characters compel us to relate to them, but they have dark sides too, or, at least, gaping flaws. This type of storytelling is supposed to be more ambiguous, dark, writerly, creative and interesting. It represents, for many, television's rise as an artform in the 21st century. Far from dead, these characters live on.

But there is something a bit formulaic about it, isn't there? In a highly competitive television sphere, critical love from the media can help a show get press and boost DVD sales (although many, many well-reviewed shows have very low ratings: see Damages, The Wire, even Mad Men is relatively unpopular). Given the success of The Sopranos, this anti-hero formula, borrowed from cinema, seems to be: make your lead character a man who does stupid, violent or lawless things, but make him charming, sexy or lovable: instant depth! The desirability of the male demographic on television guarantees most of these character will be men, along with the generally more "cinematic" and "interesting" male settings of organized crime, law enforcement and corporate America the shows seem to partake in.

Who is this man today? He works outside the law, even if he is the law. He is often aimless and directionless. He is a kind of modern day Western hero, except these days we're smart enough to see John Wayne in more nuanced ways -- though a character like The Searchers' Ethan Edwards is a kind of forbear. He can be cold and calculating, though he is often unsure about it. He can have a hard exterior, but his steeliness frequently contrasts with a soft interior: his love of family, a woman or children.

What these characters end up being, then, is a short-cut to critical, if not ratings, success. Indeed, looking up Metacritic scores for the shows below found that none except one (Crash on Starz) received lower than a 60, Metacritic's benchmark for "good." (I often give the caveat that, yes, Metacritic/Rotten Tomatoes have flawed methodologies, but it's a decent average). I'm covering a vast array of shows, and so I'm rounding out the incredible diversity represented below, and certainly the categories I offer are fungible. I'm simply trying to see trends and links throughout our fragmented mediascape. We have lots of options on TV now, but they're not all distinctive; culture still produces archetypes and dominant narratives.

Impervious men have always been interesting; they invite us to cut right down to the soft and chewy center. But sometimes isn’t an uninviting character simply a poorly written one?

Justified, for me, really made this "trend" clear to me. Raylan Givens is almost a stock example of the cold, calculating, lawless yet morally justified character similar to those of Dexter, The Shield, even more ambitious network shows like 24 and House. Givens is supposed to be interesting because he doesn't follow the rules and appears nasty, while still fighting on the side of the good. Yet he really doesn't have many dimensions, at least not yet. He's cut straight out a western, the sheriff with ruthless tactics but unquestionable morals who always gets the job done. His love for the various women in Eastern Kentucky suggests a softer side, but again, this too is formulaic. It's why we see Jack Bauer with his daughter. Is Givens deep?

These characters are lovable or desirable, which often masks how tortured, foolish and disreputable they actually may be beneath the surface.

Matthew Weiner was smart to take a cue from The Sopranos and give us a character as complex and ambivalent as Don Draper, but it's also quite transparent how he updated Tony Soprano and simply made him sexier and more charming. This actually brings viewers to an interesting moral gray area. I've heard anecdotes of young (Republican) men identifying with Draper: they think he's cool. He lives a glamorous life and sleeps with multiple, beautiful women. Mad Men's charm may have glossed over the criticism implicit in Draper's actions: cheating, misogyny, homophobia, absent parenthood, identity theft, among many other things. Sure, Don is complex, at times very naughty, but you can forget about all that: he's so pretty! Similarly, White Collar's Neal Caffrey is even more charming, a fact that actually overrides his soft stupidity: chasing after a woman (who may be dead) possibly scheming against him, and, in the process, endangering the lives of everyone around him.

These men make us hang our heads. At times, they don't know what they're doing; or they make consistent and regular social faux pas, occasionally in ways offensive to women and minorities. But in their sloopy ways we love them.

It's a bit controversial to talk about someone like The Wire's Detective McNulty—or perhaps Mayor Carcetti—in this category, only because The Wire is really an ensemble show. Nonetheless, the series ends, basically, on McNulty's journey back to Baltimore, and if there's any central character in the show, it's him. McNulty drinks too much and does stupid things—most notably, invents a serial killer to garner money for an investigation. He's oafish, smelly, crass and treats women badly, but he's got a great smile and wicked sense of humor. Like Larry David in Curb Your Enthusiasm and Dennis Hopper's Ben Cendars in Crash, we may not like this character but we sympathize with the otherwise pathetic creature.

Unlike our aimless heros, our misguided ones aren't inept. In fact they are often eerily good at what they do. But the morality of their actions is highly suspect and ultimately they may be leading themselves and everyone they love down the path to destruction; still they take us on a wild ride down their path to ignominy.

Tony knows how to get a man whacked; Breaking Bad's Walter White can cook some great crystal meth; Sons of Anarchy's Clay Morrow can lead men to near-certain death and disaster; Hung's Ray Drecker can, well, make women happy. Unlike the legions of unemployed, unskilled workers in America today, these men can do something really well, it's just not a skill the government deems acceptable. We love them for their competence (and occasional missteps) and their determination to reach the American dream by any means necessary. They're rogues and rebels, and that's very enticing. What these shows also emphasize, however, is the toll these characters' actions take on everyone in their lives. Walter White's family is in shambles; Ray Drecker's family and job may soon be causalities of his prostitution; and Clay Morrow has, several times, nearly destroyed his motorcycle gang, not to mention endangered his wife and grand-kid (true, Jax is arguably the lead of show; I'm being selective for the sake of argument, and because Clay is, to me, more interesting).

Where Is Everyone Else?

Do women get these roles? I think the answer is clearly no, or, rarely. But on cable, female leads are generally rare, for obvious industrial reasons. There are a few shows though, most notably Damages (75-82), Nurse Jackie (76), Saving Grace (64-76), and perhaps the extremely popular The Closer (74). FX's Dirt (40) was a good example, too. A show like Damages gives us a character in Patty Hewes many people would call a "bitch," but who is clearly tormented by the demons of her own making. Had she been a man, she'd be a Tony Soprano, complex and roguish. Nurse Jackie's protagonist strikes me as the kind of character typically written for men: Jackie leads a double life, with, until recently, a boyfriend at work and a family at home; she's great at her job but constantly breaks the rules; she's curt and abrasive but moral and often justified.

But women are also compelled to be more noble, sexy and pleasurable, as in Weeds (67-78) and HawthoRNe (47). Shows like No. 1 Ladies Detective Agency (71) prove my point. Based on a tremendously popular book, the series had little leeway to make its star more than a "full-figured, rather jolly woman." What a shame. I came to the series hoping for the kind of Tony Soprano-like characters HBO is renowned for reproducing: a complicated, nuanced black woman. Instead, in part due to the burdens of representation, we got an angel or saint, maternal and "jolly." I'd wish the producers had been unfaithful to the text. The series is not terribly popular; saintly is boring.

Sexual and racial minorities have even fewer cases to rest on. One could say Bette Porter on The L Word was a kind of anti-hero: she cheats on everyone but still loves her daughter (and variously, Tina). Without a doubt, Queer as Folk's Brian Kinney fit the mold: sexually dangerous and emotionally stunted, he occasionally expressed an incredible generosity and even found time for one true love, before ending up alone. For racial minorities, we have few cases. The Wire gave us Omar, but he wasn't the lead. My mind strains to think of any others, but I'm sure I'm missing a few.

I say all this not to undermine the artistic credibility of any of these shows. Many of the shows above are among my favorites and offer some of the most brilliant dramas ever conceived for television and film. But television is still the domain of formulas. How can it not be? There's too much space to fill and too many risks not to borrow from previous successes.

All this to say I hope networks are aware of what formulas they employ, so that we keep getting new and different kinds of narratives—or at least thoughtful reworkings of tried-and-true classics—as we got with The Sopranos.