Why Does Showtime Hate Gays? 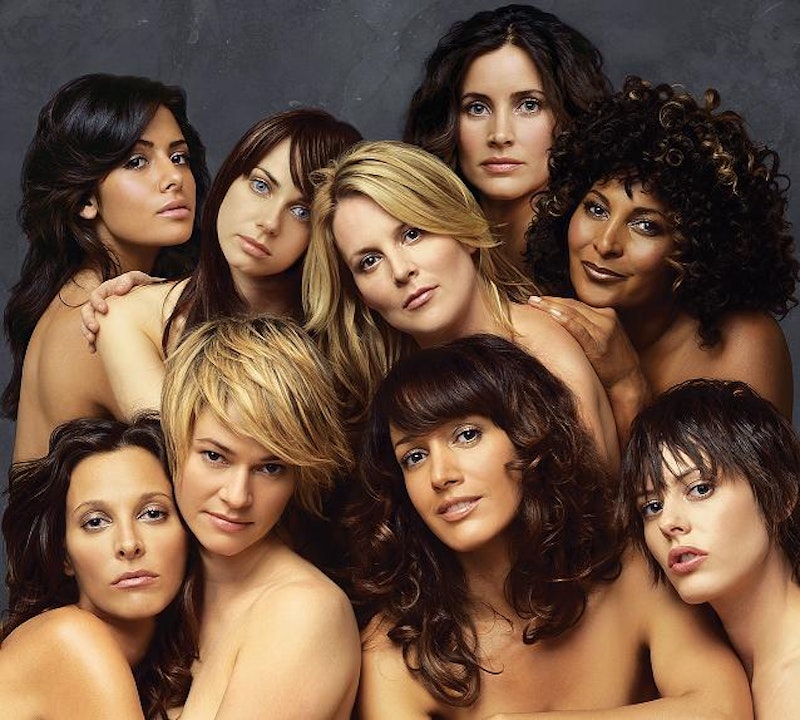 Haaz Sleiman, television's hottest gay character, is on the job hunt, cast off Showtime's Nurse Jackie. And why? Because Showtime hates gays.

Showtime once was the gay network. Remember five years ago, during that brief period when it housed the two most sexually explicit gay dramas ever—to this day—on television, Queer as Folk and The L Word? Bravo was also a gay network, with Queer Eye for the Straight Guy, and Logo was starting up, but Showtime was where the action was.

Not anymore. Granted, all networks, broadcast, cable and pay, have since stayed away from exclusively gay shows. Since Will & Grace ended in 2006, an exclusively gay show has not materialized. (W&G producers were working on a similar show, but it too hasn't been seen). Noah's Arc, Queer as Folk, The L Word, Queer Eye and numerous other series were cancelled and replaced by shows with side gay storylines. Once studios realized they could get a gay audience by writing just one or two marginal characters, they stopped taking the risk.

Still, Showtime deserves to be chastised for its blatant de-gaying. Unlike ad-supported networks, Showtime relied heavily on subscription rates from gays, taking advantage of their loyalty and gleefully taking their dollars. It's easy to forget that when Showtime briefly outdid HBO—after the end of The Sopranos—their rise directly resulted from their gay hits, which put them on the media's radar, something pay-cable network Starz has not been able to do.

"So far, Showtime's biggest series hits have been Queer as Folk and The L Word, two shows about homosexual lifestyles," the New York Times wrote in 2005.

But, according to the Times, Viacom started to worry the network had become too gay, presumably to the detriment of straight subscribers. So within the next couple years, after canceling QAF and TLW, they sexed up Weeds and its star Mary Louise Parker—advertisements showed her skimpily dressed alongside British import Secret Diary of a Call Girl—and introduced the uber-macho series, The Tudors (I'm a fan of all three series, by the way). Hot girls and butch guys, yay!

Weeds' side gay characters either ended up dead (the two detectives) or increasingly irrelevant (Sanjay). The Tudors killed off its gay characters (including Touch of Pink's Kristen Holden-Riedin) in season one, and its subsequent storyline, of a "down low" nature, similarly and swiftly ended in tragedy.

The L Word was supposed to be followed by a lesbian prison drama, The Farm, scripted by creator Ilene Chaiken and starring Leisha Hailey, who played the bisexual Alice Pieszecki on the series. Well, Showtime didn't buy that. Instead the network opted for a much cheaper reality show, The Real L Word, reportedly coming out this year.

Of course, many (most) pilots never see the light of day. Filthy Gorgeous, starring Isabella Rossellini, was a promising, if flawed, series about an elite escort service with some explicitly gay content that never went anywhere. Paris Barclay, a prominent gay director and producer, developed a series about a hate crimes unit called Hate, which also was dead on arrival, despite seeming excitement from Showtime's openly gay president, Robert Greenblatt.

As for Haaz Sleiman and his character Momo, Showtime says the series simply couldn't find room for him. Nurse Jackie star Edie Falco's "best friend" on the show became Eve Best's sassy Dr. O'Hara, leaving no room for the hot gay best friend. This is partly true. In reality, Sleiman wasn't given much of a shot. Viewers barely knew about Momo's private life; his alleged boyfriend never showed up at the hospital and his character was bland. One gay character still remains on the show: an almost-stereotype (he's not hot) who appears every other episode to say something bitchy or roll his eyes. Progressive.

The issue is there was once a time when Showtime was doing what other networks wouldn't dare: showing gay and lesbian characters in as explicit emotional and sexual detail as allowable for television. Now, it resorts to riffing off HBO shows: historical dramas (Rome vs. Tudors), dude comedies (Entourage vs. Californification or La La Land), violent existential drama (Sopranos vs. Dexter or Tudors), quirky sitcoms from out-of-work Friends alums (Lisa Kudrow in The Comeback vs. Matt LeBlanc in Episodes), etc. To be sure, the network deserves applause for its series with great leading roles for women, and I still enjoy many of its shows.

But its virtual abandonment of the gay audience, though representative of larger trends, is disappointing, marking its fall from cutting edge to, once again, fighting for relevance with a resurgent HBO.