The Age of "Event Television"

Rich Man, Poor Man changed TV once, and could again. 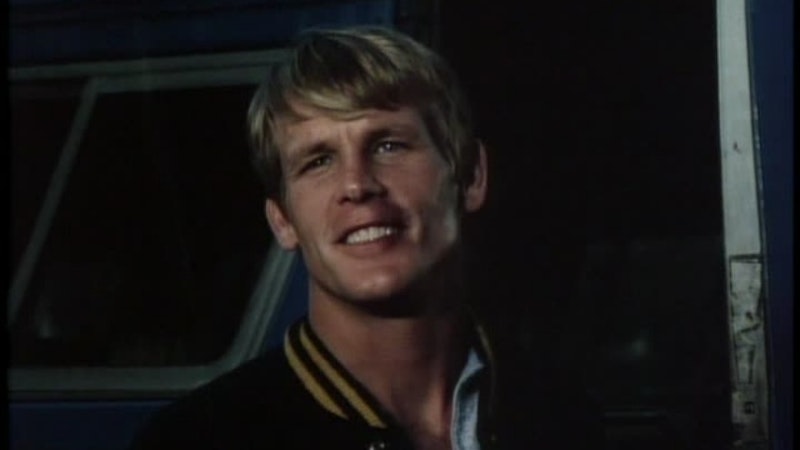 “Event television” is a phrase you don’t run into much these days, but back in the 1970s the medium, striving as it occasionally does for Significance-with-a-capital-S, introduced the “novel for television” (i.e. miniseries) Rich Man, Poor Man. Based upon the middlebrow best-seller by Irwin Shaw, the production was hyped as something new for the tube, delivering 12 one-hour episodes (or “chapters”) for 12 straight weeks.

The 1976 miniseries, which made it to DVD this past fall, traces the fortunes and failures of the Jordache brothers, self-made millionaire/politico Rudy (the ever-stolid Peter Strauss) and well-meaning hothead Tom (the star-making role for Nick Nolte). The idea on ABC’s part was to deliver a story with a clearly-defined beginning, middle and end. (Well, until a couple of years later, when the inevitable—and Nolte-less—sequel, Rich Man, Poor Man: Book II, arrived.)

The original traces the boys-into-men’s lives from the end of World War II through the late 1960s, although it leaves most of the current events lessons out: Cursory references to McCarthyism and the Vietnam War are made, while JFK’s assassination, rock ‘n’ roll and the Cold War merit nary a mention.

Instead we’re invited to trace the growing pains of post-war America through the divergent lives of RMPM’s two protagonists. The historical approach of “this happened, then this happened” was something new to TV in the 70s, leading directly to more successful adaptations like Roots, Holocaust and Brideshead Revisited before typically flaming out into the likes of Washington: Behind Closed Doors and the exponentially-growing number of Kennedy miniseries that continue to haunt us to this day.

Even at the time, RMPM’s cast was somewhat risible: Dick Butkus (in what amounts to a glorified cameo)! Dick Sargent (forever to be known as Bewitched’s second Darrin)! TV-familiar names like Robert Reed, Norman Fell and Bill Bixby reside alongside faded movie stars like Ray Milland, Gloria Grahame and Dorothy McGuire, while the likes of Lynda Day George, George Maharis and Susan Blakely were practically invented for this kind of programming.

Also on hand is Talia Shire, who in a weird way is called upon to combine her two most-famous roles: Paramour of Nolte’s boxing hopeful (Adrian Pennino-Balboa) and loud-mouthed Italian princess (Connie Corleone).

While Nolte, unsurprisingly, ignites the screen whenever he’s on hand—most episodes end with him on the run from something or other—Strauss is equally up to the task, growing from BMOC striver under the heel of his tyrannical German-born father (Ed Asner, sporting an Acting 101 Hun accent) to the ambitious state senator with just-a-touch-of-gray in his hair. Strauss went on to deliver a stunning performance in Michael Mann’s early jailbird TV drama The Jericho Mile, but never capitalized on RMPM like Nolte did.

Since it’s the 70s, civil and women’s rights get a look in, but to little real effect. A promising flirtation in the early going between Blakely, as Strauss’ future wife, and an African-American soldier played by Mike “Lionel Jefferson” Evans, goes nowhere, while most of the series’ female characters exist to be bedded (George, Kay Lenz, Fionnula Flanagan), whine (McGuire as the Jordaches’ mother, Dorothy Malone, Kim Darby) or both (Shire). Blakely’s character, who starts out as a wannabe actress, becomes some kind of Margaret Bourke-White before finally succumbing to Strauss’ decades-long pleadings to marry him, whereupon she promptly becomes a dipsomaniac.

The men, not surprisingly, fare better. Reed’s deux ex machina character, a rich smoothie named Teddy Boylan, is first glimpsed giving an interested eye to both Blakely and Strauss, before unconvincingly choosing Blakely; the actor plays Boylan’s mixed motives masterfully, even if his popping up at the most opportune times is absurd. The always-reliable Bixby runs with the role of Willie Abbott, a fast-talking, anything-for-a-laugh cad who would seem to be a model for most of Robert Downey Jr.’s career.

There’s plenty of cognitive dissonance at play in the series: Hairstyles are too long for the early 60s, everyone in France speaks perfect English, and thanks to one hilarious establishing shot of New York, the World Trade Center has been completed four years before construction actually began.

But the story becomes more affecting as it unfolds, and RMPM can be seen as a precursor to series like The Sopranos and Lost, where missing an episode is next to unthinkable. (Or something like V or The Event, where actually watching an episode is unthinkable.) Limiting a series to a specific number of episodes, something that British television has done for years, is a still-maturing prospect here, but RMPM shows it can be done, given strong enough source material and what used to pass for “an all-star cast.”