Ad Astra has some great ideas, but it doesn't quite follow through. B 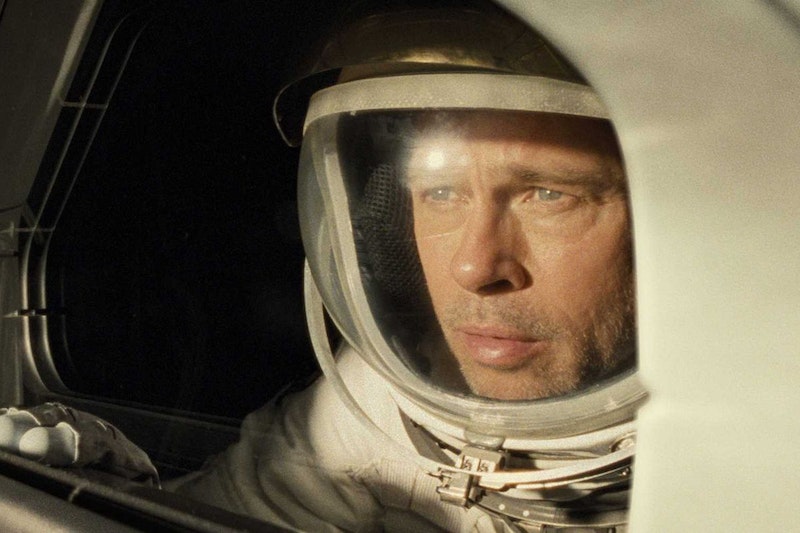 For its first 90 minutes, the new space epic Ad Astra is nearly a complete triumph. It has a conceit so brilliant—essentially, Apocalypse Now in space—and executes it on all cylinders from both an aesthetic and plot summary. It's a shame about that ending, though.

The film is directed by indie auteur James Gray of Little Odessa, Two Lovers, The Grey and The Lost City of Z, segueing seamlessly into big budget cinema. He finds a look that's gorgeous, and while every space movie has a decision to make about how much to be influenced by 2001: A Space Odyssey, Ad Astra strikes the exact right balance.

The film—whose title is Latin for "to the stars"—stars Brad Pitt, who also produced, as astronaut Roy McBride, who lives at some unknown date in the mid-to-late 21st century. Mysterious electrical surges are striking at Earth, and Pitt's superiors believe they know why: They're coming from a deep space probe, run by Pitt's legendary, long-missing father (Tommy Lee Jones), that disappeared decades ago and is now thought somewhere near Neptune.

The Heart of Darkness/Apocalypse Now plot kicks in, with Pitt's astronaut going on a long, slow journey, full of adventures and scrapes with others, on his way towards the (possible) Col. Kurtz character. The journey is the best part. There are some great ideas here, including commercial travel to the moon, a moon base complete with a Nathan's and an Applebee's, and a lunar space chase. The plot eventually moves on to Mars, and then even further into the solar system, while Pitt provides somber, meditative voiceovers in the tradition of Martin Sheen in Coppola's 1979 film. The script finds a way to make perhaps the most tiresome character motivation there is—daddy issues—interesting.

There are also memorable small performances from Donald Sutherland (Jones' Space Cowboys co-star) and Ruth Negga, so wonderful two years ago in Loving but mostly absent from the screen since.

Like a lot of space movies, most notably Robert Zemeckis' Contact from 1997, Ad Astra comes to its ending with virtually unlimited possibilities. We don't know what will happen in the final confrontation, or whether aliens might make an appearance, or how the whole part about the surges will resolve itself. Ad Astra, like Contact, tries to meet this challenge and whiffs completely. It's hard to imagine an ending to that's weaker or more unsatisfying. It doesn't come close to living up to what came before.

That's not all that doesn't work. Liv Tyler is given little to do as Pitt's ex-wife, who appears only in sad flashbacks, and for some reason the very talented Natasha Lyonne pops up in the movie for about 15 seconds before disappearing.

As for the science, it seems inspired by Rob Lowe’s famous line from Thank You For Smoking: "Thank God we invented the... you know, whatever device." Many of the advances, such as the ability to travel to Mars within hours, seem to only exist because it's the future and that's just how it is now.

Ad Astra arrives as part of the tradition of recent space films like Interstellar, Gravity, The Martian and Arrival, which could be called “elevated sci-fi.” It’s got some great ideas, but it could’ve used a more compelling ending.