The Pittsburgh Cycle and the Long Journey From India

On Fences and Lion. 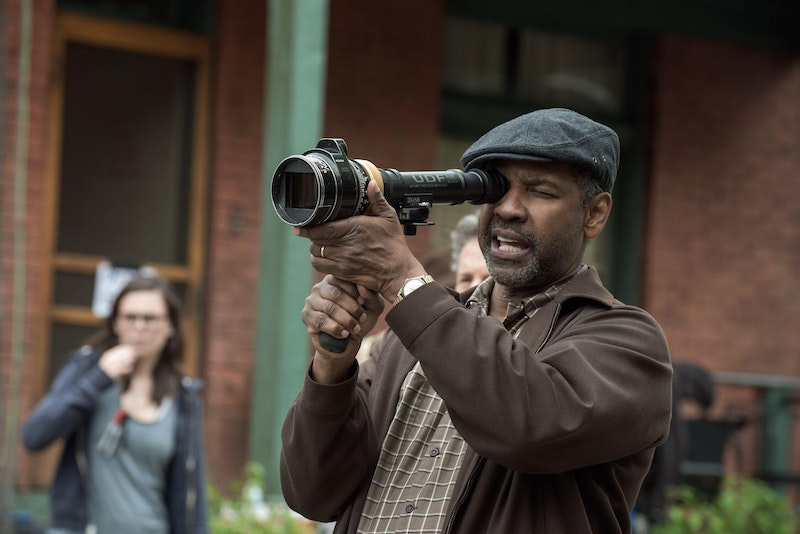 August Wilson is generally acknowledged as one of the nation’s greatest playwrights and American theater’s greatest chronicler of the African-American experience. Yet Wilson’s work had never been adapted for a major motion picture until now, 11 years after his death, with Fences, based on his Pulitzer-winning play from 1983.

The film, directed by Denzel Washington, and starring Washington and Viola Davis, very much has the feel of a filmed play, with sparse locations (about 95 percent is filmed in and around a house) and a directorial style that leans about 95 percent on “point the camera at the actors and let them act.” But what actors—and what acting.

Wilson’s Pittsburgh Cycle set plays in each decade of the 20th century; Fences was the one that covered the 1950s. Wilson, who died in 2005, is the credited screenwriter; he’s said to have refused to allow the adaptation of the play unless it had an African-American director.

Washington plays Troy Maxson, an ex-Negro League ballplayer who missed his chance at the majors because he was too old when Jackie Robinson broke the color line. Now he’s a garbage man, alongside his longtime best friend (the great character actor Stephen McKinley Henderson).

The film consists of a lot of conversations, monologues, and confrontations, on subjects raging from racism to infidelity to patterns of parental abuse. In some instances two hours of that would be taxing on an audience, but not this material, or this cast.

The Troy role was first played on stage by James Earl Jones, while Washington himself played the part opposite Davis in a Broadway revival in 2010 that won both of them Tonys; it wouldn’t be surprising if Oscars followed for both of them.

There’s a lot of great acting here, from all of the principals. I don’t think Davis has ever been better, especially during an epic crying scene that she absolutely nails. Washington gets to play all sorts of notes and hits them all perfectly. Even Williamson, in limited screen time, finds a new way to play this sort of character. And it’s great to see Henderson, who’s had bit parts in fine movies for decades (including the recent Manchester by the Sea), play a higher-profile role, and he makes the most of it.

This is Washington’s third film as director, following Antwone Fisher and The Great Debaters; this is by far the best of the three. Washington has signed a deal to make adaptations of the rest of Wilson’s Pittsburgh Cycle for HBO; I can think of worse ways for an all-time great actor to spend his 60s.

Lion amounts to the third film in an unofficial trilogy: The Long Journey From India in Search of an Oscar Movie. The first two—Slumdog Millionaire and The Life of Pi—succeeded in their objective. Lion may or may not, and while it’s highly flawed, it’s probably the best of the three films.

Lion, directed by TV veteran and first-time feature director Garth Davis, is based on a pretty wild true story and does a tremendous job conveying that. The only problem is, there’s only enough story for about 20 minutes, and the film has to stretch to a serious degree to fill the remaining 100. Dev Patel, who also starred in Slumdog but is now considerably older, taller, and more muscled, stars as Saroo Brierly and it’s based on his true story: he was born in a rural village in India where, as a boy of five, he was separated from his family and sent hundreds of miles on a train. Deposited in a completely different part of India where he doesn’t speak the language, Saroo is later adopted by a couple in Australia (Nicole Kidman and David Wenham).

The India sequence takes up the film’s first hour and is marked by beautiful cinematography, from Australian Greig Fraser. Saroo, as an adult, seeks to find where he came from, and is given hope by the advent of the Google Earth software to try to track down the family that he believes has been looking for him since the day he disappeared 20 years earlier.

It’s not easy to make Googling cinematic, so there aren’t many scenes of that, but we’re treated to many scenes of Patel anguished, as well as much about his relationship with underwritten girlfriend Lucy (Rooney Mara). There’s also a weak subplot involving Saroo’s adopted brother (Divian Ladwa) who shows every sign of autism, but who the family (and the film) treats as an embarrassment.

What does work is Patel’s performance: he shows a lot more range than he has in any role so far as an adult. The other standout in the cast is Kidman, who doesn’t have much screen time but has one dynamite monologue that ranks with the best of her work.

Lion is a decent telling of this particular story, but it’s just too long.