Allan Loeb must be held accountable for Collateral Beauty. 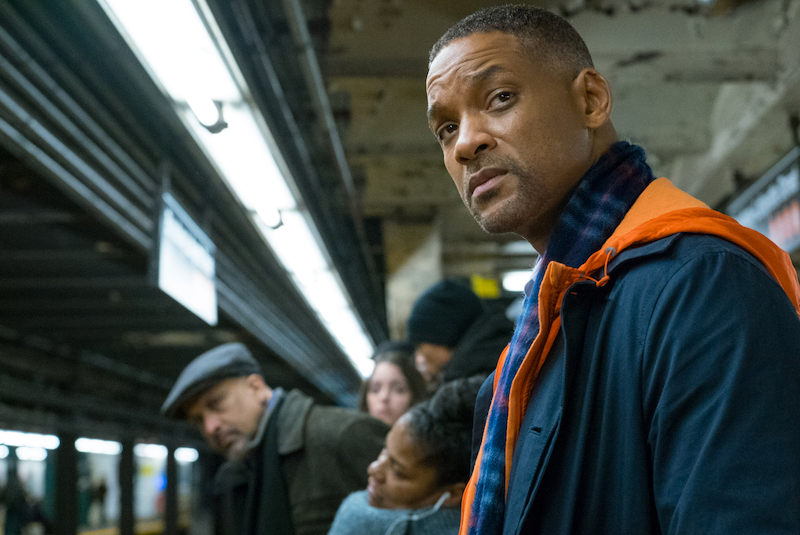 Is Allan Loeb brain damaged? Was he in an accident? What spot on your skull do you have to dent to magically turn into an incompetent super-hack who can afford a bicoastal lifestyle? Loeb is responsible for the hilarious 2012 disaster Here Comes the Boom, and now he’s back with Collateral Beauty, a knee-slapper filled with meaningless platitudes, always on the verge of parody, irony, and embarrassment beyond anything that Tim & Eric could do. Mix nakedly expository dialogue, a nonsensical and cruel premise, and some Sam Mendes and Terrence Malick cosplay, and you get this, the hardest I’ve laughed at a failure of a movie since The Happening in 2008. It plays out like a stoned teenager’s drama homework, or a final that was turned in late and written in one long amphetamine jag. Is Will Smith broke? Or is he just really stupid? Did someone hit you on the head, too, Will? It’s okay. We can talk about it here. This is a safe space. Just kidding, your movie sucks. Collateral Beauty is Loeb’s passion project: "It’s something that I’ve meditated on for a couple of years, the idea of someone who’s been through a terrible loss, and was angry and twice destroyed and wrote letters to the Universe.”

Whining executives complaining about a “schoolyard assault” on this film can’t hide behind splashy tie-ins and misleading advertising anymore, now that a Rotten Tomatoes score hovers next to every movie on every ticketing and time app. Collateral Beauty is sitting at 14 percent right now, a misery that certainly cut into its opening weekend showing. People trust that number, and in this instance, it’s a good thing: yes, the trailers for Collateral Beauty are lying to you. You’ve seen the laughable trailer, and you’re expecting supernatural guardian angels to help guide Will Smith out of his depression. No: they’re actors hired by Smith’s firm to show that he’s mentally unfit to hold a vote on their board. Helen Mirren, who plays “Death,” accurately assesses the ruse in the one relevant and contemporary moment of the movie: “So we’re gaslighting him.”

But you have to see it. Buy a ticket for Star Wars and sneak in to Collateral Beauty, don’t give them any of your money if you can manage it, but you have to see this because it’s one of the funniest movies I’ve seen all year. Sappy holiday movies about dead relatives are a dime a dozen, but none of them are this uniquely terrible and offensive. Universal criticism of Collateral Beauty isn’t a “schoolyard assault,” it’s normal people reacting to having their intelligence insulted and time wasted. The fact that it’s a big production shot in Manhattan with a half-dozen A-list actors makes the train wreck all the more fascinating and thoroughly enjoyable. What was going on in Ed Norton’s head as he had to deliver lines like “I became love”? Will Smith is wacko enough to take this all at face value and expect praise and that elusive Oscar nomination. Let us take glee in denying him that once again after last year’s awful Concussion, a simple bore compared to this carnival of tacky conceits and blatant emotional manipulation.