The Phony Golden Age of Television

Watch The Flash and Sleepy Hollow, and you’ll understand. 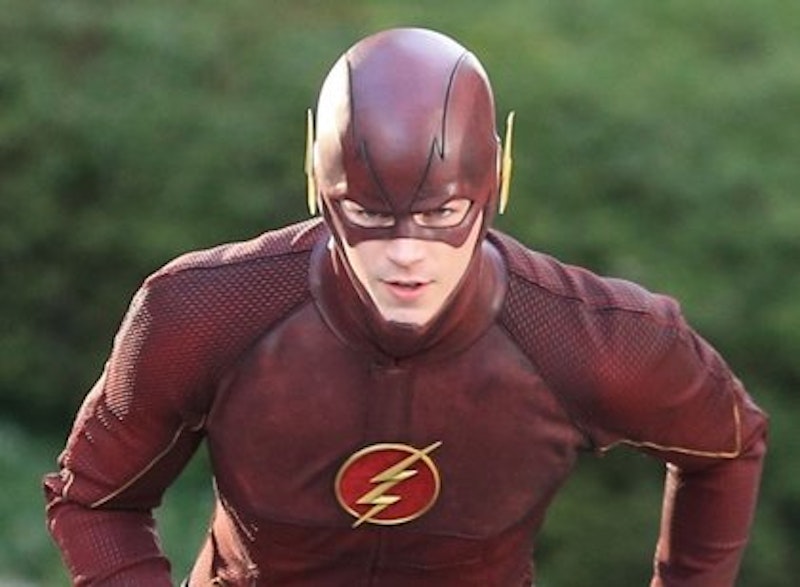 The Golden Age of television has consistently confused me. I've seen all of Orange Is The New Black; a season of Breaking Bad; eight episodes of Outlander; an episode each of Game of Thrones and Mad Men; and all the fuss escapes me. I can see that production values are fairly high; there's often decent acting and mildly witty dialogue. But the shows still seem beholden to contrivance, genre tropes, serial sentimentality, and the standard easy moralities and emotions you'd expect from television. None of them, with the possible exception of The Wire, are anywhere near the level of insight and artistry of great novelists or filmmakers—it's not an accident that David Lynch's Twin Peaks is easily superior to anything I've seen in recent television. Either the enthusiasm for these shows is massively out of proportion to their accomplishments, or I'm missing something.

No doubt many would say, yes, you're missing something. And I agree. I've recently started watching more television, and the reason for the hoopla around the Golden Age has suddenly become blindingly obvious. People are impressed by Breaking Bad because they're comparing it to the many television shows that are amazingly godawful.

Take The Flash. The pilot had some vaguely enjoyable moments; Grant Gustin's Barry Allen and Candice Patton's Iris West banter enjoyably and flirtatiously when they're given the chance. But that’s not often; instead the plot bumbles here and there, not with a whoosh, but more banal television thunk, thunk, oops. The tragic backstories trip over each other, then blare out repeatedly, as if the writers need to keep reminding themselves who's lost a mother and who's been crippled lest they forget and the hapless actors start having teary close-ups about lost wheelchairs. The first five minutes of the second show involved unmotivated emoting in which some scientist who looked like a television star became improbably furious that Barry Allen had saved people from a burning building and then someone else got mad at Barry for equally uncertain reasons. The Flash's arch-nemesis, it's clear, is randomly generated interpersonal angst. Will he defeat this scourge?  I'll never know, thank goodness, since I can't possibly make myself watch another instant of this tripe.

I had higher hopes for Sleepy Hollow, which has won over a number of friends. Again, there's some modicum of charm. Tom Mison as Ichabod Crane has, my wife assures me, a nose whose beauty is worth a half-hour of contemplation, and his Revolutionary-War-hero-out-of-time-continually-amazed-by-light-bulbs schtick is endearing. Beyond that, though, the show, like it's chief antagonist, appears to lack not just a brain, but also an entire head. The mash-up of police procedural and supernatural paranoid thriller should be fun, but instead it's just confused—you can't even find the plot for all the holes. Unable to gin up a sequential narrative thread, much less suspense, the writers fall back on that old television staple, pseudo-inspirational blather, with poor Nicole Beharie as Abby forced to react over and over as people talk earnestly about how she needs to confront her fear and embrace her destiny before the elaborate special effects set-pieces go nowhere in particular.

Both The Flash and Sleepy Hollow are high-profile shows with significant budgets and at least moderate critical positive noises. They feature talented actors (Beharie was the sole saving grace in Steve McQueen's Shame). And both shows are utterly incoherent in terms of plot and character development, while neither makes even a faltering pretense at addressing thematic material more complicated than "wounded heroes gotta embrace heroism." This is sub-professional hackwork. Watching it, it becomes clear why minimally competent serial dramas like Game of Thrones or Orange Is the New Black are hailed as monumental achievements.