A suspicious variety of people and conglomerates want to kill exhibition, along with most other public spaces. They won’t succeed. 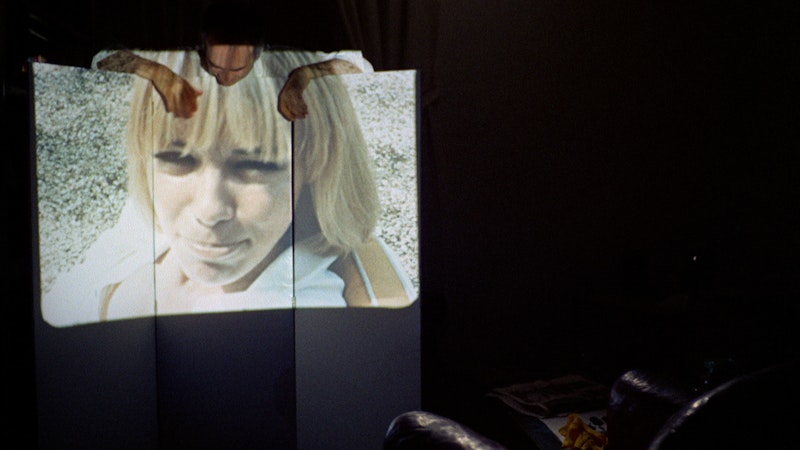 Do you have HBO Max? I don’t, so I guess next year I’ll have to risk catching the coronavirus while seeing Lin Manuel-Miranda’s new musical in theaters somewhere out in Anne Arundel, White Marsh or Silver Springs. But I don’t have a car—guess I’ll just die. The demise of the movie theater is exaggerated beyond all proportion these days from a suspicious variety of people. From Andrew Cuomo, to Disney, to the World Economic Forum, to liberal professionals that gladly gave the keys to their lives to SkyNet in March and eagerly await the day when the air is so polluted that any unsanctioned, unofficial travel is not only illegal but punishable by death.

But we don’t live in a cloud in the sky yet. COVID-19 hasn’t turned America into a Blade Runner metropolis with the proles toiling away in the grime miles below the few rich who can afford to live cleanly in impossible skyscrapers—but the model’s in place. I can’t believe how many couriers I see at grocery stores today—for plenty of people it’s the only option, but for others, going to the grocery store has become a risk, unbelievably. And so you send for someone, for everything. All in moderation: these sickos want us to live like insects while the world burns. That makes sense. They’re diseased. But I can’t fathom the people who defend and harp for the totalitarians who want a world with no social space, no exhibition, no messy intermingling of human beings and feelings in public where everyone can see you.

Marco Ferreri once said, “When the cinema arrived, for a few cents, people who were rich or poor finally found themselves laughing and crying together.” It doesn’t take an economist (or an epidemiologist) to figure out why the richest people might want to take that space away from us.

The movie theater has been dismissed throughout the pandemic, with governors across the country allowing gyms, restaurants, and bars to reopen while theaters and music venues remained closed. I’ll concede that moviegoing isn’t what it was 50 years ago in this country. America hasn’t had that strong tradition for decades, and particularly in the 2010s, the product coming out of Hollywood that didn’t involve Marvel or DC Comics just got worse and worse. By the last couple years, there was nothing but chaff surrounding superhero sequels and strong-IP reboots. What happened to the modest romantic comedy? Netflix and Hulu.

If anything, the pandemic has probably made people miss and remember what it was like to go to the movies, so there’ll be something of a demand whenever the world opens up again. Ann Hornaday, in The Washington Post, wrote an optimistic column in response to the Warner Brothers news, writing, “[T]heaters, while embattled, are nowhere near obsolete. As any parent of a teenager can tell you, movies are still the preferred excuse for adolescents to get out of the house with their friends, especially if a new Avengers installment or horror flick is involved… Once a vaccine is available and uptake has hit critical mass, the pent-up demand will make itself felt—whether it’s people flocking to the next superhero blockbuster or sleeper hit a la Magic Mike or Girls Trip—good movies that turned into great fun once the communal experience kicked in.”

She adds elsewhere, “Detractors suspect that WarnerMedia and its corporate parent, AT&T, threw theaters under the bus to funnel business to sister company HBO Max, which has been short on subscribers since launching in May.” No doubt this is the case, but as well know, it’s not as if Warner or any of the major studios or theater chains could actually open or distribute their films theatrically in any meaningful way right now. As Hornaday writes, it’s not a noble or sneaky decision, “just a decision.” You can’t leave movies on the shelf for too many years, they either go bad or become cult favorites 20 years later. No one at Warner Brothers wants part of their 2021 slate to become I’ll Do Anything or Eureka.

"And with luck, filmmakers will make movies that are too big, beautiful and blazingly fun to watch to be limited to the living room.” Wishful thinking at the close of Hornaday’s column, but she’s right: Hollywood has renounced its hold on popular culture. By putting all of their chips into spectacle, they’ve caught the super-fans but lost people at large. Joker was the only studio movie of the last decade that really broke through the public consciousness and became news. That wasn’t always so rare.

Gatekeepers at every level—from production to distribution to exhibition—can only be blamed so much. With so much technology cheaper than ever, it’s more affordable and feasible to make feature films quickly. Independent filmmakers can’t let this moment pass: while people are stuck at home, likely either bored or miserable, they’re waiting for something to blow them away. It doesn’t have to come from the Netflix tube, but it’ll probably be seen mostly on televisions. Exhibition isn’t going away, but it’ll become a luxury, like shooting on 35mm. Independent filmmakers should be making their movies with this audience in mind: at home, but not necessarily captive. Grabbing people in private has proven easy with pornography but not much else. A cinema that corresponds and responds to the world around us today is the only way forward, even if it’s a cinema seen mostly from a television screen.