Forgetting the past is an understatement when describing Mank—like our current culture, it seeks to reject and destroy the past. 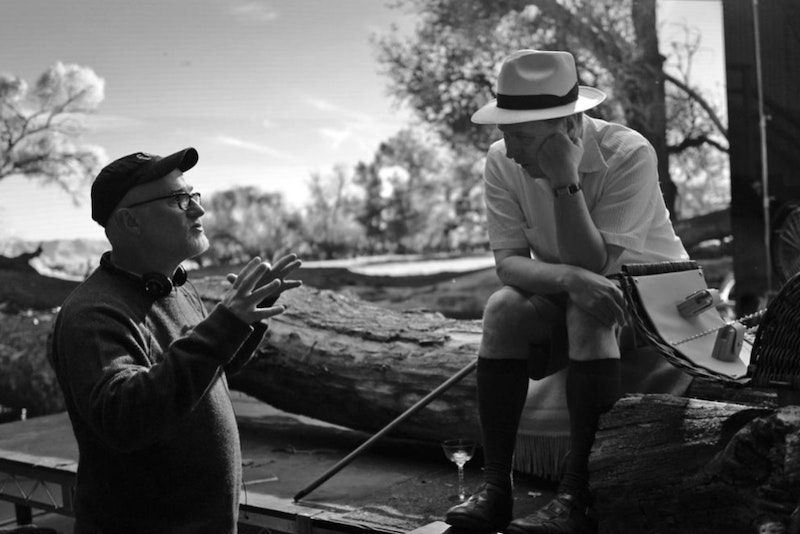 We are a culture that lives not to know the past but, like the quickly changing and disappearing newsfeeds of social media, the culture that lives to reject and destroy it. Forgetting the past is an understatement when describing David Fincher’s new film, Mank, currently streaming on Netflix.

The film is publicized as a true story about the American screenwriter, Herman Mankiewicz (Gary Oldman), and his battle to write the script for Orson Welles’ Citizen Kane (1941), arguably one of the best films ever made. Even before the film was released, Fincher’s comments about Welles swirled around, creating rightful tension and anger from Welles scholars and fans. Fincher puts down Welles: “I think Orson Welles’s tragedy lies in the mix between monumental talent and filthy immaturity… to claim that Orson Welles came out of nowhere to make Citizen Kane and that the rest of his filmography was ruined by the interventions of ill-intentioned people, it’s not serious, and it is underestimating the disastrous impact of his own delusional hubris.” While he acknowledges the impact of Welles on cinema, Fincher maintains a lie that Welles was nothing more than a showman and a charlatan.

Fincher’s comments reveal the fact that he relies on old myths and lies about Welles that the Hollywood establishment has pushed for decades. Welles was always an independent filmmaker and never a member of the Hollywood elites, and his work generally had more impact on European filmmakers. One of the biggest lies (long debunked), started by film critic Pauline Kael, was that Welles had nothing to do with writing the Citizen Kane script, that it was all a magnificent effort of Herman Mankiewicz, and the biggest lie of all, that Welles didn’t want to give him credit for it. But that wasn’t the case.

Joseph McBride, a Welles biographer who also worked with Welles on The Other Side of the Wind, points out in his recent essay, “Mank and the Ghost of Christmas Future,” that nowhere in Mank does Fincher acknowledge the work and collaboration between Welles and Mankiewicz long before Mankiewicz started to fully write the script. In the film, their relationship is portrayed in a way that describes Mankiewicz as a poor, pitiable alcoholic hero, and Welles as the menacing, evil ghost-like villain.

Strangely enough, Welles barely appears in the film, including the scenes in which we only hear his voice. This is indicative of the sloppy effort that Fincher exerted in order to show what a bad man Welles is, and what a good man Mankiewicz is. Welles is a caricature, whose menacing laughter echoes through the metaphorical hallways of Xanadu. He’s a dark presence that gets in Fincher’s way of weaving a nihilistic tapestry of lies.

It’s difficult to judge Mank on aesthetic grounds because its basis is a complete historical inaccuracy. It would’ve been easier and more critically approachable if Fincher presented the story as fiction but this ridiculous lack of moral and artistic integrity makes it difficult to take any of it seriously. As McBride points out, not only does Fincher not give Welles credit for the work on Kane, he also fails to give credit to Mankiewicz for many witty lines that are in the film. It’s ironic but not surprising that the man who peddles a lie fails to give credit to the very man he’s trying to elevate.

Gary Oldman’s a fine actor but he can’t bring strength or allure to Mankiewicz’s personality. Instead, he’s just a drunk blob, a heartless, selfish, and petty man, whose only obsession is to get credit for the Kane script. One wonders whether it’s really Jack Fincher (David Fincher’s father who wrote the script) who’s obsessed with it. This may be true because hints that this is how it happened are presented in such clumsy and overt ways that they can only elicit a series of groans.

Even if we set aside the blatant lie about Welles, the film itself is chaotic. Fincher dumps into the movie a strange subplot (made of exhausting flashbacks): a California gubernatorial race, in which socialist Upton Sinclair is defeated. The political inclusion, in which socialists are portrayed as the good guys who want nothing but the best for humankind, and Republicans are fat cats who are only interested in capitalism is such a tired trope that comes from our current Hollywood elite.

Mank is filmed in black and white but instead of being an homage to the aesthetic form, the film is yet another exercise in the dark nihilism that Fincher’s known for. It’s a cinematic movement of post-modern deconstruction that’s only meant to disorient the viewer. Fincher gives us the “gift” of exhaustion that leads to nowhere. The dialogue itself moves rather fast (reminiscent of a play), which wouldn’t be such a problem if it were done well and with attention to the form. Every character’s in a universe of his own, a cardboard cut-out that smiles or cries on cue, incapable of relating to anyone else. The film is a pastiche of elements that are flashing before our eyes, like a clumsy newsreel, whose intent is to mildly entertain, but mainly spread propaganda.

Are there any saving graces in this deconstructive film? The only thing that stands out is a brief appearance of William Randolph Hearst, played by the brilliant veteran British actor Charles Dance. Dance captures and arrests one glimpse of the media tycoon. Ironically, thanks to Dance’s performance, Hearst is the only character who is humanized, unlike others, whose presence is nothing more than a false stage set background. As a critic, I never grade a film, but in this case, I’ll make an exception. David Fincher gets an F for fake.