The Moral Seriousness of Imperialism 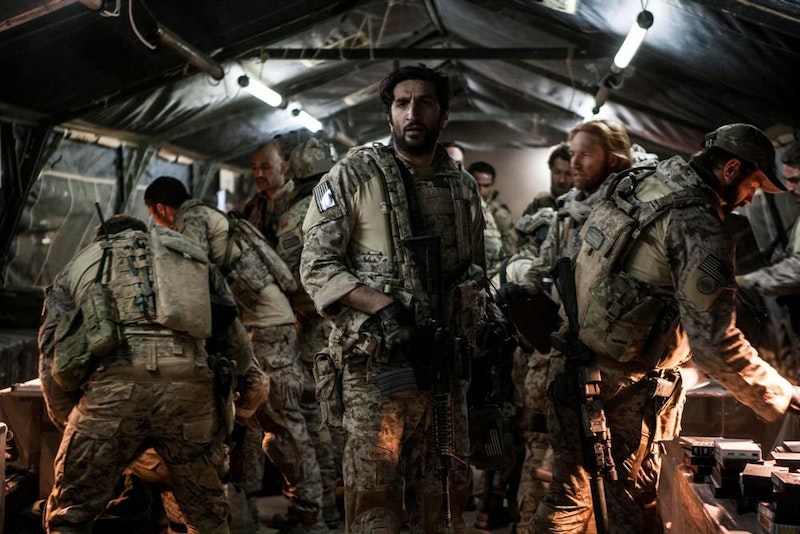 This is part of a series on latter-day U.S. colonial wars. The previous installment, on Iron Man, is here.

Does Zero Dark Thirty support torture? That was the main question that divided critics in 2012 when the film was released. Glenn Greenwald, for example, argued that the film falsely claims torture helped find bin Laden when it didn’t, and glorifies the torturers. Jason Michelitch wrote a passionate, and engaging defense of the film, insisting that it shows the ugliness of torture and its brutalization not just of detainees, but also of the torturers themselves.

Greenwald is more right than Michelitch in my view, though Michelitch is correct that torture is presented as ugly and disturbing. The film is much more interested in torture's ugliness than whether it’s right or wrong morally. This puts Zero Dark Thirty firmly in the tradition of serious war films like Full Metal Jacket. War, Hollywood tells us, is not about right and wrong, but about making complicated and pragmatic decisions. Violence is a reality, war is hell, and moral ambiguity is a mark of Oscar quality material. The tough choices you make are really less important than the fact that the choices are so, so tough. Which is to say, Hollywood de facto, and predictably, loves war not so much for its glorious rightness as its grungy aesthetics.

Zero Dark Thirty doesn't waste any time getting to the grunge. The first thing on the screen is a statement that the film is based on true events, followed by a blank screen with actual audio recordings of 9/11 victims using their phones to call for help that couldn't possibly reach them. These dramatic, awful calls are meant to add weight and verisimilitude to the film. "Furrow your brow," the filmmakers declare. "This is serious shit."

If you missed the message the first time, director Kathryn Bigelow lets you hear it again and again, all through the two and a half hour plus runtime (only important films run for 150 minutes). Maya (Jessica Chastain) the young, whip-smart CIA agent recruited out of high school, serves as a kind of audience stand-in early in the film, observing as Dan (Jason Clarke) beats and waterboards a prisoner. She’s visibly sickened and upset by the violence, cueing you to be sickened and upset—or, perhaps, to be moved and impressed by the spectacle of violence and by the implicit moral thumb-sucking questioning of violence. When Maya moves to torturing the prisoners herself, are you supposed to be implicated because you identify and sympathize with her? Are you supposed to be disturbed that she’s been corrupted? Impressed with her strength, determination, and willingness to make hard choices? Torture; it's a serious issue. Cool.

Torture is the most glaring use of important complexity as a mark of quality in Zero Dark Thirty, but it's hardly the only one. Maya's obsession with bin Laden is both unhealthy and necessary; at the end of the film she sits in an airplane crying, her emotional state uncertain. Bin Laden is dead, but at what personal cost? Similarly, in the interminable final invasion of bin Laden's compound, soldiers shoot the wife of an al Qaeda target, and terrorize a number of children. Was it worth it? Who are we to judge?

Not judging is intended to be a pleasure and an excuse. Hollywood rarely presents war as outrightly noble anymore. Instead, the misery, the ugliness, the moral fog has itself become an allure. Zero Dark Thirty is CIA propaganda not because it whitewashes the CIA, but because it presents the griminess and lack of clarity as awesome in itself. That's why the film obfuscates about the effectiveness of torture. Investigations have found that waterboarding and torture did not lead to the location of bin Laden. But that's too straightforward! Where is the moral ambiguity, the lovely murky gray that shows deep thought in a world of black and white? So Bigelow muddies the water, creating a plot in which maybe torture did and maybe torture didn't.

The real tell, though, is the discussion of Iraq. When the CIA is making the case for the attack on bin Laden's compound, numerous officials point out the failure of intelligence in Iraq, which did not in fact have WMDs. In one intense, dramatic hallway discussion the CIA guy acknowledges the Iraq failure, but demands of the political flak that he consider the risks of not intervening and killing bin Laden when they have the chance. Action and inaction both have risks. Morality is opaque. Serious men in serious suits must make serious decisions, and live with the consequences of hundreds of thousands of dead Iraqi people.

Back in reality, the administration’s decision to go into Iraq was not about failing to make the right call on WMDs. It was about deliberately falsifying and ignoring evidence in order to craft a public relations case for an invasion that Bush, Cheney, and their gang of warmongering dopes wanted to push through for reasons of paranoia and ego. The costs of their decisions were borne overwhelmingly by other people; Bush even got reelected, and is now enjoying what appears to be a pleasurable retirement while people are still being murdered in Iraq on a regular basis. That's not a story about hard choices, murky morals, and deep thoughts. It's a story about the galumphing destructiveness of empire and the callous shrug with which you can murder people when you don't have any accountability to them.

But if you told that story you'd get In the Loop (2009)—a niche film for those damn leftists, not an Oscar contender blockbuster. The controversy around torture in Zero Dark Thirty—the question of whether the film supported torture or didn't—was a conscious marketing strategy. The whole point of Bigelow's film is to trumpet its own seriousness by exploring big questions with nuanced ambiguity and ambiguous nuance.

This is how the imagination of empire works. The rest of the world—Iraq, Pakistan, Afghanistan—is a heart of darkness, in which the colonizer explores his or her own horrifying, appealing depths. Torture in Zero Dark Thirty is bad, but isn't "bad" complex and appealing? Who wants to take a boring, un-nuanced stand for right when instead you can be a complex hero torturer, projected onto the world's screens?