Noah Baumbach’s latest movie about divorce is sunk by its sloppy script, despite great performances. D+ 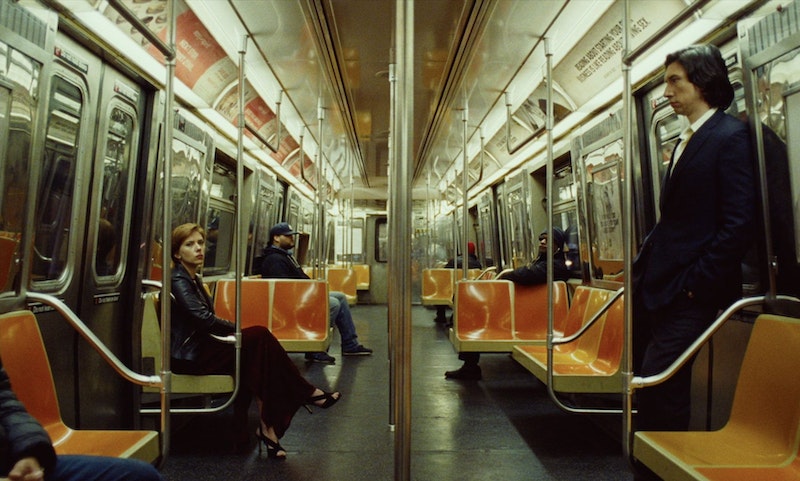 I remember Noah Baumbach’s The Squid and the Whale for “Street Hassle” and introducing the world to Jesse Eisenberg. I’ve come around on him—like Michael Cera, he’s finally recognized the caricature and is leaning into it. I don’t know where Eisenberg can go next, he has no range, and he certainly couldn’t have played Adam Driver’s part in Marriage Story. I’ve never been a fan of Baumbach, aside from his grand hipster satire Greenberg, a masterpiece and one of the best films of the decade. But Marriage Story isn’t another twee candy cane of a movie, it’s the Gen X Scenes from a Marriage played by older millennials. Adam Driver and Scarlett Johansson are on a roll, and here they give Baumbach his two best performances.

People that have been directly affected by divorce will probably find more in Marriage Story that I’ve never experienced myself: the war of attrition between parents, bureaucracy grinding relationships down, the ambivalence of the children, and the urgency of custody. Most of the movie shows the couple struggling to understand or solve the latest fatal technicality in the urgency of their divorce. Marriage Story is most interested in the machinations of divorce, and the main couple’s personalities are prefab: Driver plays Charlie, an ambitious and self-centered theater director, and Scarlett Johansson plays his wife Nicole, an actor in his company. After over a decade of willingly taking the backseat on her husband’s adventures, she’s fed up with being passive and allowing Driver’s whims to dictate the life of her and their child. She flies with their son Henry to Los Angeles to stay with her mother and sister, and files for divorce there.

Most of the conflict and real evil comes from the two “high powered attorneys” hired by Charlie and Nicole: we first meet Nora (Laura Dern in familiar form as the rich ice queen), and it’s in her office that Nicole breaks down and we see how conflicted and impulsive she feels. In an episode of Red Scare last month, Dasha Nekrasova highlighted this scene as one of the most impressive in the film: Johansson cycles through so many emotions in a single take, and this level of acting prevents the script from making the whole thing ridiculous. Flawless casting: Ray Liotta plays Jay, Charlie’s bulldog lawyer, and the few scenes he’s in (along with Alan Alda as a more mild, content, and cheaper lawyer that Charlie consults) are immensely enjoyable.

But Baumbach’s script is just sloppy, with so many loose ends and setups that suggest humor but never approach a joke: what’s with the babysitter at the beginning with her pants undone? How about the mousey mediator later on that observes Charlie and Henry in their LA apartment? Henry is eight, almost nine-years-old—why can’t he read yet, and why does he need a booster seat? This is never explained, even though a quick expository aside about developmental disabilities or the autism spectrum would’ve sufficed. It’s left hanging like so much of Baumbach’s botched comedy. Charlie cutting his arm? How did that not make it back to Nora? Another howler in the climactic fight: Nicole cries with finality, “You don’t even know my own phone number!” Does anyone know anyone’s phone number anymore?

Frances Ha came out the same month that Girls premiered on HBO, and the difference was clear. Lena Dunham was fearless in using herself as a battering ram in a semi-autobiographical series that spared nothing for her character, the terminal head case Hannah Horvath. Baumbach is too much of a coward to give his movie star avatar Adam Driver any really scummy characteristics. Get this: he likes being a dad “too much.” The worst he’s done is sleep with a stagehand a few times, but Johansson wasn’t having sex with him, so it was a wash. Baumbach should’ve been honest with the his audience and made Driver have an affair with his lead actress while Johansson was pregnant with their son.

On the same day I saw Marriage Story, I watched Claude Chabrol’s 1975 film Pleasure Party, written by and starring his frequent collaborator Paul Gégauff. Promoted on its poster as “the story of a fascist in love,” Gégauff crucifies himself in Pleasure Party, casting not only himself but his actual ex-wife Danièle and their young daughter Clemence as themselves. Pleasure Party is an act of self immolation, a work of radical honesty, sexual violence, and spiritual anguish. Gégauff was a bad guy: Chabrol himself said, “When I want cruelty, I go off and look for Gégauff. Paul is very good at gingering things up...He can make a character look absolutely ridiculous and hateful in two seconds flat.” His second wife stabbed him to death on Christmas Eve 1983. Please try and see Pleasure Party, especially if you like Nicolas Roeg’s Bad Timing and Visconti’s Death in Venice.

But Baumbach isn’t that artist, and it’s not fair to expect any radical break from his past work or sensibility. The camerawork and staging are dynamic and engaging, and the whole cast is great (especially Julie Hagerty as Nicole’s mother). But the idea that this is getting writing nominations is absurd to me—how are divorce drama and jokes about the vacuity of Los Angeles any more original than Ant-Man? Baumbach’s script is just as shallow and lacking in insight as the mumblecore films he inspired. Great performances don’t necessarily make a great film—there might not be a better example than Marriage Story.