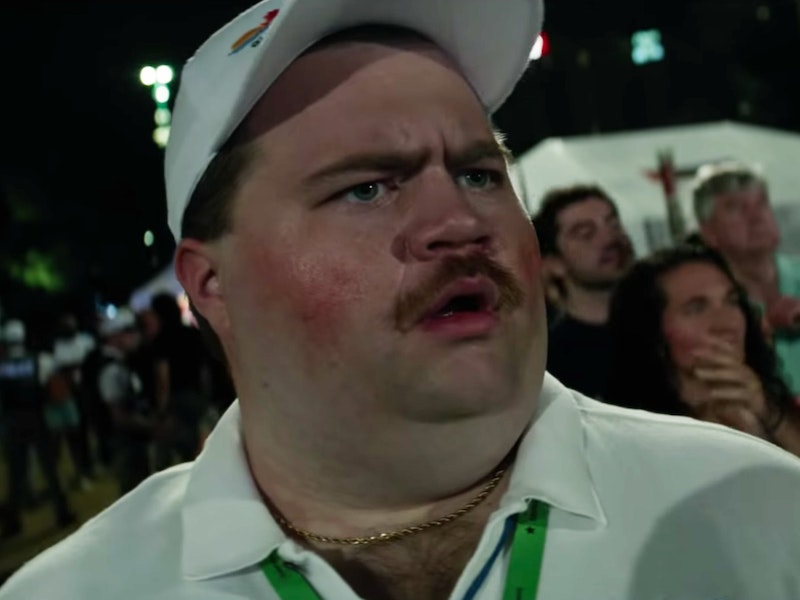 After Sully in September 2016, I thought maybe Clint Eastwood suffered a massive stroke halfway into production and wasn’t long for this world. So poorly constructed in every way, there was no way anyone other than a teenager or a demented old man could’ve strung Sully together. There were about 40 minutes of original material in Sully: after we see Sully Sullenberger (Tom Hanks) make that “miracle on the Hudson” happen, we have to see it all over again—same takes, same footage—when he’s being deposed, grilled, and unfairly persecuted by overzealous government officials “just doing their job.” I was around in 2009 when that plane landed and I don’t remember anyone calling Sully anything other than a hero. Maybe he made one too many TV appearances (Robin Quivers, I remember, was not a fan: “He’s not a hero, he was just doing his job.” Howard Stern, and the rest of his crew, were incredulous).

The bureaucratic persecution depicted in Sully happened behind closed doors and it was never part of the public narrative. The 1996 Centennial Park bombing in Atlanta that drives Richard Jewell, Eastwood’s latest film from a screenplay by Billy Ray, is another story. On July 27, 1996, Jewell spotted a suspicious package while working, the “real” cops blew him off at first, but after the bomb squad confirmed, they began to clear the area just before a bag full of pipe bombs blew up. Two people died, but Jewell’s actions saved lives without question: he evacuated the radio tower that the bomb was planted under, and managed to convince enough of his sneering superiors that he was right.

Paul Walter Hauser plays Richard Jewell in a surprisingly moving performance despite the hack script. Jewell “was raised to respect authority,” lives with his mom at 33, eats too much fast food, admittedly isn’t all that bright, but he’s got a good heart (so to speak). The film begins in 1986, when Jewell worked as a mail boy in the same office as Watson Bryant (played wonderfully by Sam Rockwell, whose loudmouthed but good-hearted and smart Georgia lawyer is the karmic mirror of the idiot racist cop he played in Three Billboards Outside Ebbing, Missouri), a young headstrong lawyer with a weakness for Snickers. Jewell notices: he fills his superior’s desk with enough candy for a week. Bryant is taken aback—clearly impressed, perhaps a little unnerved—but quickly takes a shine to Jewell: “I’m gonna call you ‘Radar.’ Don’t look in my trash ever again.” Jewell gets a new job and visits Bryant before his last shift ends. He’s going to become a cop, he wants to protect people—Bryant cuts him off, gives him 20 bucks, and says: “This means don’t be an asshole when you become a cop.”

Moving into the 1990s, we meet Jewell as a campus security guard in Piedmont. We see him calmly enter a dorm full of obnoxious drunk students shouting insult upon insult, all while Jewell somehow maintains his composure. He’s practically a Buddha when we see him, but when the dean pulls him in, we learn a little about his career: repeatedly harassing students, physically assaulting some, and even going so far as to pull people off of the highway to prevent drinking or drugs to reach the campus. The dean is appalled—“That isn’t in our jurisdiction!!”—but it’s no use. Jewell was raised to respect authority. (Naturally, the dean of a liberal arts college wears a bowtie, and after the bombing contacts the FBI to notify them about his behavior at the university: “I just… couldn’t live with myself if I knew something and didn’t say something about someone that may be dangerous.”)

Here, Eastwood has a typical liberal caricature: the “intellectual” are effete and can’t handle the reality of law and order. They want the benefits of a capitalist society without its necessarily fascist police force, and people like Jewell self-select themselves for the job of writing “epic police reports for minor infractions,” as the actual dean of Piedmont College said at the time. He also called Jewell a “badge-wearing zealot,” but Eastwood’s film isn’t interested in critiquing or even covering Jewell’s fetish for force: when Bryant asks Jewell if he has any guns, he rolls out a raft of military gear. Why would a civilian ever need this many guns? “It’s Georgia,” says Jewell. Answer enough for Eastwood, and much of the country.

Jewell, unlike Sully Sullenberger, was actually railroaded by the media despite never being charged by the FBI. Three days after the bombing, a cover story in the Atlanta Journal-Constitution co-authored by Kathy Scruggs reported that Jewell was the focus of the FBI's investigation, and from then on, "hero" always appears in scare quotes next to Jewell's name. But what the film emphasizes and what it leaves out are suspicious: we get title cards at the end about Jewell’s death in 2007 (of heart failure, at the age of 44), and about his lawyer Watson Bryant and then-secretary, current-wife Nadya (Nina Arianda), and of course his sweet ole mama (Kathy Bates). The real Barbara Jewell watches the Watsons kids every weekend. How nice. There are no title cards for Kathy Scruggs (who died in 2001 of a drug overdose). Jewell himself even says at one point while being grilled by the FBI (the main G-man is played by Jon Hamm, in familiar form as Jon Hamm), “How are you guys going to feel when this guy bombs another place and more people are killed?”

Well, that guy—Eric Rudolph—did commit two more bombings. Eastwood’s film never mentions this, and it’s obvious why: Rudolph's later targets were a lesbian nightclub and a Planned Parenthood facility. In the eyes of Eastwood and Ray, those are unworthy victims. The people watching live country music in Atlanta's Centennial Park, those are worthy victims—even if we never see them or learn their names. Jewell seems a lot more sinister than Hauser's compassionate portrayal: a fascist flat-top who was wrongfully persecuted by a craven media, but a fascist flat-top nonetheless. Jewell even makes a point of insisting to the FBI that he isn’t gay, that his friend Bruce, a possible accomplice in one of their theories, is not his “homosexual boyfriend.” Eastwood really sticks on this for some reason, and inexplicably never mentions that Jewell was married to a woman named Dana. Besides, from Eastwood’s paleoconservative perspective, wouldn’t the most brave and courageous thing a man could do for his country is take a cock up his ass?

And lastly—I’m not Olivia Wilde. But if I were offered a role by Clint Eastwood, one of Hollywood’s only open conservatives, and I was in Wilde’s position—coming off Booksmart, a very good directorial debut that should’ve done better but unfortunately died in the summer—I would’ve been a little more cautious. But Wilde’s politics clearly have no substance, because she plays Kathy Scruggs with such wild abandon that her performance somehow becomes the most embarrassing aspect of a 2019 Clint Eastwood movie. Talk about female solidarity… after dire box office reports came in on opening weekend, Wilde went on Twitter and implored her 1.8 million followers to see Booksmart in theaters immediately: “Anyone out there saving @Booksmart for another day, consider making that day TODAY. We are getting creamed by the big dogs out there and need your support. Don’t give studios an excuse not to green-light movies made by and about women. 💪 ❤️ 💪”

A month later, on June 24, Richard Jewell began principal photography. How can I take anything she says about feminism seriously after this kind of about face? Scruggs may have been as tenacious as Wilde portrays her, but if you're such a feminist, why would you work with Eastwood in the first place? How stupid do you have to be to make a “feminist teen comedy” and then play the stock Bitch Journalist character in a Clint Eastwood movie? Like so many in the entertainment and media industries, Wilde’s politics are all aesthetic, and her actions speak louder than any Twitter thread ever will.

Contrary to Wilde’s comments a few days ago, she’s to blame for most of the misogyny in her performance as Scruggs. Complete character assassination—of course misogyny, racism, xenophobia, authoritarianism, and white supremacy are suffused into Billy Ray’s script. But Wilde does most of the work to make Scruggs look like a shrill, amoral slut. Of course Scruggs’ family and colleagues have condemned ancient Eastwood. But remember, this is all in service of Richard Jewell, another dead man who was raised to respect authority. And yes ma’am, he would like another sausage link, please.