Fond of Me Pickies?

A contentious year in film culture is good for film fans⁠—people still care enough to fight. 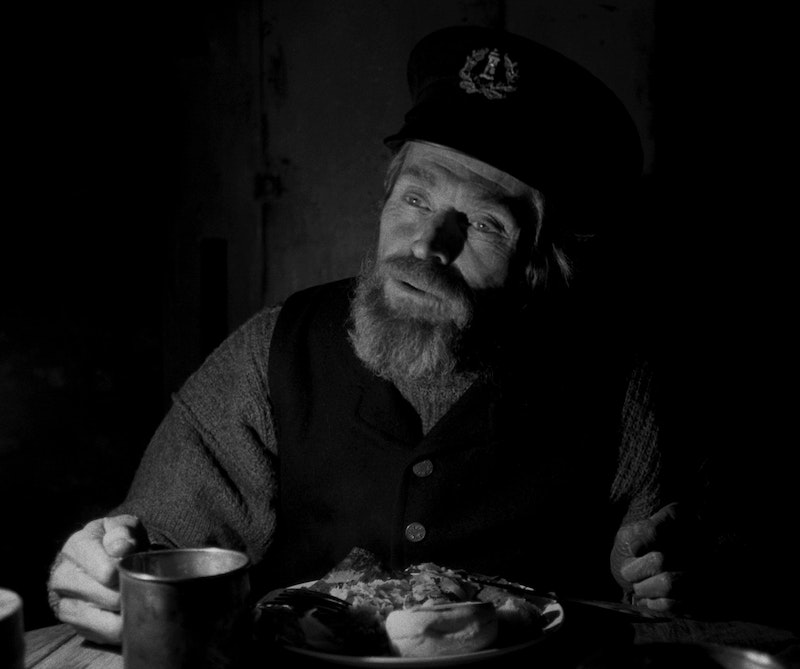 In the meantime, the year managed to produce a long list of great movies. Many of them started arguments, and pissed people off, but isn't that what great art is supposed to do? If we're supposedly living under a censorious regime that's stifling all expression and "cancelling" anyone who strays from the party line, that regime appears to have quite a few holes in it.

1. Once Upon a Time in Hollywood. After a middling decade, Quentin Tarantino has finally delivered another masterpiece, an impeccably detailed, sharply-written, fictionalized story set during the week of the Manson murders in 1969. Leonardo DiCaprio and Brad Pitt led a superlative cast that went about 50 deep, while the film established an elaborate alternative universe, of both its leading man’s career, and its own controversial ending.

2. Us. Director Jordan Peele's Get Out, from two years ago, will probably be looked back on as the most important film of its era. Peele's follow-up, Us, doesn't quite have the gravitas of its predecessor, but it's still wonderfully realized. The film draws from multiple influences, while also featuring Lupita Nyong'o, in a duel role that's one of the year's greatest performances.

4. Knives Out. Rian Johnson's film isn't as ambitious as some of the movies on this list, but it accomplished what it set out to do with an efficiency unlike any other release this year. A tightly-written mystery, full of laughs and enjoyable performances by a first-rate cast, led by a delightfully Southern-accented Daniel Craig.

5. The Irishman. Martin Scorsese's film, which will likely be the last time he makes a three-hour gangster movie starring De Niro and Pesci, has the feel of a valedictory, combining many of the tricks he's honed in his past work, and applying to a story that's ultimately about aging and regret.

6. Uncut Gems. I came into this as not much of an admirer of either star Adam Sandler or directors Josh and Benny Safdie, but this is a thrilling, claustrophobic story about New York, Judaism, gambling, basketball, and the jewelry trade.

7. The Beach Bum. Director Harmony Korine's latest tribute to South Florida excess starred Matthew McConaughey as "Moondog," a hard-partying hedonist who's also, inexplicably, an award-winning man of letters. Just a wildly enjoyable ride, featuring a supporting cast that runs the gamut from Martin Lawrence to Snoop Dogg to Jimmy Buffett, although it doubles as an allegory about the rise of Donald Trump.

8. Apollo 11. The year's best documentary, directed by Todd Douglas Miller, assembled never-before-seen footage from inside NASA to tell the breathtaking story of how the Apollo 11 mission got to the moon and back. It's a story much told before, but never this beautifully.

9. The Art of Self Defense. Almost no one saw this, but director Riley Stearns’ look at a meek man (Jesse Eisenberg) and his attachment to an evil karate dojo (led by Alessandro Nivola) was the year's most incisive critique of 21st-century toxic masculinity, even if it was set in the early-1990s.

10. Dolemite is My Name. Eddie Murphy and Wesley Snipes both came roaring back for their first performances of consequence in years, in this loving, hilarious homage to the blaxploitation era and one of its leading real-life characters, Rudy Ray Moore. It’s one of those films that’s wall-to-wall vulgar, while its overarching values are mostly about friendship and love.

Honorable mention: The Farewell, The Last Black Man in San Francisco, High Flying Bird, Midsommar, Marriage Story, Portrait of a Lady on Fire, The Lighthouse, The Cat and the Moon, The Death of Dick Long, Ford v. Ferrari.

The 10 best movie scenes of the year:

1. Willem Dafoe's "Fond of me lobster" speech (The Lighthouse).

2. Spahn ranch (Once Upon a Time in Hollywood).

4. Return of the heroes (Avengers: Endgame).

8. The birthday party at the end (Parasite).

9. The beach scene (Portrait of a Lady on Fire).

1. Drunk Parents. This misbegotten comedy starring Alec Baldwin and Salma Hayek as a couple who just lost all their money in a Ponzi scheme has a long list of sins: It's completely laugh-free, and it's not even about drunkenness. This one went nearly straight to VOD but deserved even worse.

2. Glass. Can I be glad M. Night Shyamalan is making hit films again, while also pointing out that they've been terrible? The latest was this incredibly boring sequel to both Unbreakable and Split, featuring a sleepwalking performance by Bruce Willis and a plot that built towards an exciting climax but then petered out into nothingness instead.

3. The Haunting of Sharon Tate. In the 50th anniversary year of the Manson murders, three different films touched on the topic, and this one, an exploitative mess starring Hilary Duff as Tate, was the worst by far.

4. Honey Boy. In the year's most self-indulgent film, Shia LaBeouf writes an autobiographical film in which he plays his own ne'er-do-well dad. I gather it was made as a rehab therapy exercise, and good for him, but I don't know why the rest of us had to watch it too. Bonus points for having Jew-fro'd Noah Jupe inexplicably grow into Aryan Lucas Hedges.

5. The Hustle. This female remake of Dirty Rotten Scoundrels didn't fail because it betrayed sacred source material, it failed because it wasn't funny, and didn't make any good use of stars Anne Hathaway and Rebel Wilson.

6. Dumbo. The year was full of unnecessary remakes of Disney classics, but the worst was Tim Burton's re-imagining of the Dumbo legend, which added an hour of going-nowhere material about stupid human characters.

7. Dark Phoenix. The worst film in the X-Men franchise to date was an unofficial remake of the previous worst one, X-Men: The Last Stand, hurt by a hollow lead performance from Sophie Turner, who looked like a star on Game of Thrones and in early X-Men films.

8. Men in Black: International. This excruciatingly unsuccessful reboot of Men in Black squandered the talents of likable leads Chris Hemsworth and Tessa Thompson in a film with no compelling reason to exist.

9. Tall Girl. A ghastly Netflix film about how terrible it is to be tall, if you're a young woman.

10. Unicorn Store. Brie Larson drew a lot of vitriol, nearly all of it undeserved, for her performance in Captain Marvel. But a few weeks later came the Netflix debut of her horrid directorial debut. Luckily, unlike Captain Marvel, it's unlikely to get multiple sequels.

2019 movies that "could never be made today," except that they were:

1. The Death of Dick Long

2. Dolemite is My Name

8. The Man Who Killed Hitler and Then The Bigfoot