The Making of Godard's Breathless

A classic of the French New Wave. 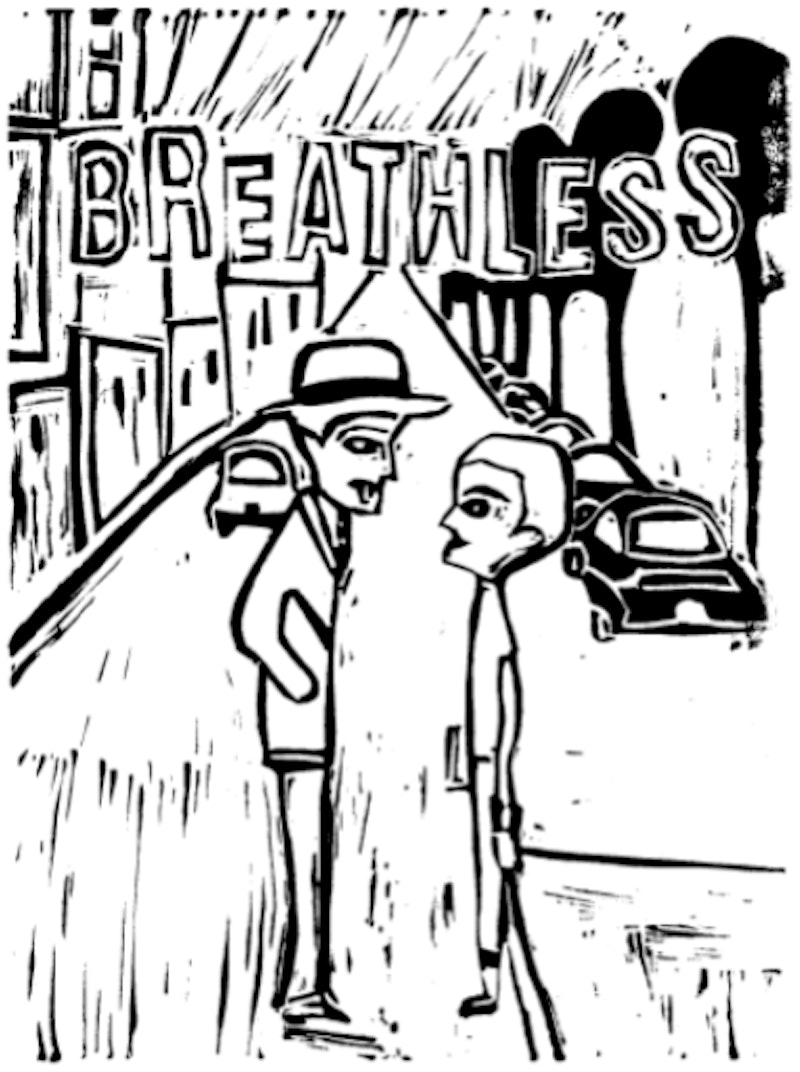 Jean Luc-Godard’s Breathless remains one of the most influential movies ever made. Along with Francois Truffaut’s The 400 Blows and Claude Chabrol’s Le Beau Serge, Breathless signaled the emergence of the French New Wave (La Nouvelle Vague). The movement purported to see filmmaking in a new way, viewing film directors as auteurs responsible for everything on screen. Godard utilized documentary-style handheld cameras, natural lighting and frequent jump cuts. Breathless was shot on location in Paris without permits and the style is daring, frenetic and raw.

The story is deceptively simple. Jean-Paul Belmondo plays a small-time gangster who idolizes American crime films and yearns to be Humphrey Bogart. He steals a car in Marseilles, shoots a policeman and turns to his American girlfriend (Jean Seberg) who tries to help him escape to Italy. Seberg ultimately betrays him to police and in the closing scene he is shot to death in the street.

The film is a “nihilistic road movie” with a pre-punk rock sensibility. The plot is disjointed, the dialogue meanders and the film quality is overexposed and grainy. Godard couldn’t afford a camera dolly so he pushed the cinematographer around in a wheelchair. He started production without a script and wrote scenes each morning, filming them the same day. This put Belmondo and Seberg off balance since they had no time to rehearse or build character motivation. They became frustrated and confused by Godard’s process, yielding an edge and naturalism in their performances.

The storytelling is ragged at times, shifting from kinetic action to leisurely dialogue where nothing much happens. Godard embraced style over story and his movies can seem pompous, self-obsessed and even clunky at times. In Breathless, passersby stare directly at camera and the jump cut editing makes the plot hard to follow. But this was Godard’s intent. He wanted audiences to see movies in a new way even if the viewing experience was uncomfortable.

Godard once said, “To make a film all you need is a girl and a gun.” Breathless embodies this ethos. Belmondo’s character quotes dialogue from John Huston’s The Maltese Falcon. Seberg tries to evade police by entering a cinema where Otto Preminger’s Whirlpool is playing. The lobby card outside the cinema displays Humphrey Bogart’s final film, The Harder They Fall.

Godard’s influences included American jazz, the Beat Generation, film noir and the Italian neorealist filmmakers of the late 40s. Breathless was as much a documentary about Paris as it was a crime thriller and romance. The free-form realism and lack of regard for traditional storytelling influenced American directors like Sidney Lumet, Francis Ford Coppola and Brian De Palma. Arthur Penn’s Bonnie and Clyde has been referred to as a more violent version of Breathless.

Breathless embodies the essence of cool. In 2012, the British Film Institute ranked the film as the 13th best movie of all time. It was made for just $90,000 and was shot in three weeks. A half-century later, the film remains fresh and spontaneous and still inspires people the world over to flock to Paris.