Antarctica: A Year on the Ice is a breathtaking film. 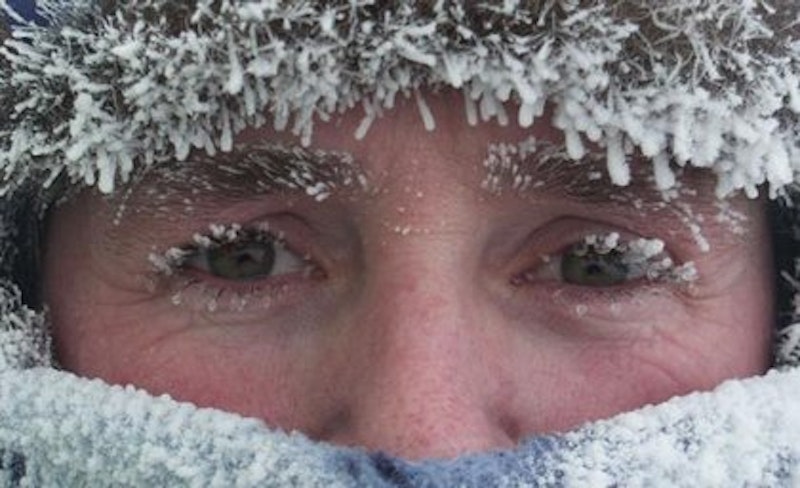 Maryland’s Eastern Shore just hosted the 7th Annual Chesapeake Film Festival and I caught a few great films. The last one was Antarctica: A Year on the Ice, an amazing story about what’s it like to live, isolated from the rest of the world, in one of the harshest places on the planet.

I never gave much thought to Antarctica, our southernmost and coldest continent and was totally unprepared for how stunning the documentary would be; the footage was breathtaking.

Anthony Powell, a communications officer, spent 10 years filming the majesty of the landscape along with the reality of spending full years, including winters of unending darkness, in this unexplored area. He turned his camera on his work and the land, which nearly defies description, but I think his purpose was to focus on his co-workers and what it really feels like to survive in this unreal environment. The result was a funny, scary, beautiful but awe-inspiring story.

No one owns the continent of Antarctica. Military activities, mineral mining and nuclear waste disposal are not allowed. Scientific research and protection of the eco-zone are conducted by several countries from around the world. Five thousand people work there in the summer months but come winter, less than 700 remain.

Powell’s story revolves primarily around the residents who work at America’s McMurdo Station, the largest settlement on the continent. It’s a portrait of a civilization of ordinary people doing an extraordinary thing. Thrown together in this place that often has a strange resemblance to Mars, local firefighters, retail shop girls, techies, accountants and a mix of others make up the often too close-knit community.

The residents try to keep spirits up by hosting crazy short film competitions, setting up makeshift sports events in the loading docks and taking turns at the polar bear plunge. Not surprisingly, all this appears to be undertaken with a lot of alcohol.

I wondered what kind of person would be able to endure this lifestyle day in and day out with the desolation of ice and snow, no sound, infrequent or non-existent transportation out and extreme hurricane winds and temperatures.

On most days when the temperature was well below zero and living quarters were entirely impacted with snow, the residents seem perfectly calm thinking it was “an alright day.” Then again, many of them suffered from T3 syndrome, a state in which there is a reduction of thyroid hormones in the body due to cold. That coupled with the darkness creates an artic condition that is similar to short term memory loss. Casey O’Brien, who is featured in the film, answers questions about his job and life on Antarctica with several “Ahs,” with pauses in between and can’t seem to formulate a sentence. He made a short live appearance for Q& A after the show and said to the audience, “I swear I wasn’t high in the film, it was Polar T3.”

The hardships of working there must be worth it since the waiting list for employment in Antarctica can extend into years. Powell does an amazing job with time-lapse photography especially in filming the beauty of the Aurora Borealis, a haunting atmospheric phenomenon that caused some of the people at McMurdo to drop to their knees. Ultimately, this film showed the powers of international cooperation and the fears that these efforts might someday collapse. Antarctica may just be the last great place of exploration but also the last great chance to simply exist on the planet in peace.