The Joys of Unplugging the Tube

Except when it comes to The Dog Whisperer. 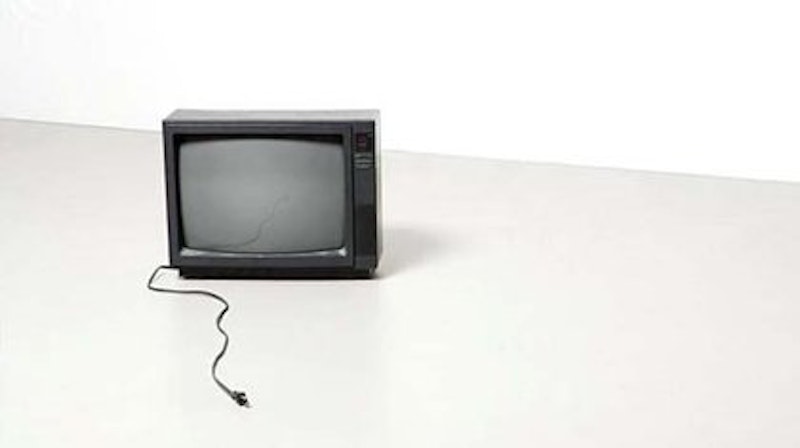 Every couple of years, I throw in the towel and cancel my TV service. The first time I disconnected, the children had just started middle school. Between the idiot box and the video games, I unplugged them for a year of their life. People looked at me incredulously when I told them we didn’t have TV. I felt like a child abuser.

It wasn’t such a trauma unplugging in high school. Initially, I feared they would spend weekends in front of their friends’ TVs, but to my amazement, it was just the opposite. Kids flocked to our house, probably because there was always something zany going on. The TV-less years were very creative ones.

I’ve had TV access on and off since then and only kept it last year for the Olympics and the debates. Last Tuesday was my last day of Direct TV and now I am having mixed feelings. Although it’s highway robbery for what I’m paying each month to surf through channels of boring shows, the truth is, every now and then, I do like to just veg and see what Anthony Bourdain or Tosh.O are up to. I’ll admit I indulge in one reality show: The Dog Whisperer. Cesar continually lays blame for bad canine behavior on pet owning humans, while the dogs get off the hook. That reality makes sense to me.

Before the finale of Downton Abbey, I couldn’t call my friends on a Sunday night. I’d get a text reply, “Can’t talk. Watching DA.” In my opinion, Maggie Smith did her best bit in Sister Act. Plus if I want to see rich and snotty folk, I just have to attend a local snooty social event. I live in the richest county on the Eastern Shore of Maryland, populated with rich and famous people from the Western Shore. A family I visit now and again keeps their kitchen TV on whenever home. You could have a nervous breakdown only to have them respond with: "Huh? What'd you say? I wasn't really paying attention. Sorry, this is the episode where the cop’s grandmother gets arrested. It’s hysterical."

Most of the shows are a slap to my intelligence, but probably not so for the American masses who seem to like dumbing down. Before the disconnect, I did try to watch Family Guy, an animated show I just didn’t get. Although it was at some point this year rated number one, I just wasn’t into the Stewie serial killer mentality. The Bachelor was a show I heard mentioned by a few female friends. I did watch part of it one night. It was very depressing seeing 20 pageant type women lose themselves, their dignity and their common sense if born-again virgin Sean didn’t hand them a rose.

One can only bear so much mediocre musical talent. There are only a handful of outstanding performers who come on shows like American Idol, The Voice and Dancing with the Stars. If I want to see amateur talent, I can just get my violin out. It’s painful but real.

So the question: “Is television making us stupid?” Why do we call this device the “boob tube?” Research shows that TV decreases brain activity. The Nielsen ratings place the average American checking out the box 35 hours each week. That breaks down to about 5½ hours a day. Plus 35 hours a week is just an average brain suck. Somewhere at the remote regions of the bell curve, there is an idiot that logs in more time than a 60-hour per week job.

Plus, that cushion on your couch where your ass usually sits just gets even bigger. More hours means more snacking, thus helping U.S. citizens turn into the fattest people on the planet. American children watch 40,000 commercials a year and that two-year-old can develop a favorite brand overnight. If you see a food ad on a major network, it’s unlikely the happy family will be eating broccoli. Even normal weight kids don’t stand a chance. These viewers are still likely to up their junk food consumption by 84 percent after watching a junk food commercial.

I think I made a good decision. It’s been snowing at my house since last night. I keep thinking what a good day it would be to crawl under a throw cover and watch TV. Any old show would do. But instead, I wrote, cleaned and painted my silverware drawer, then dug out the cross-country skis, bundled up and skied around the property. I whooshed by the Direct TV satellite dish, topped with snow out in the yard. I’m much happier gliding on my skis than surfing on my channels.