The Harder They Come at 50

The great, rough movie(s) that brought reggae to the world. 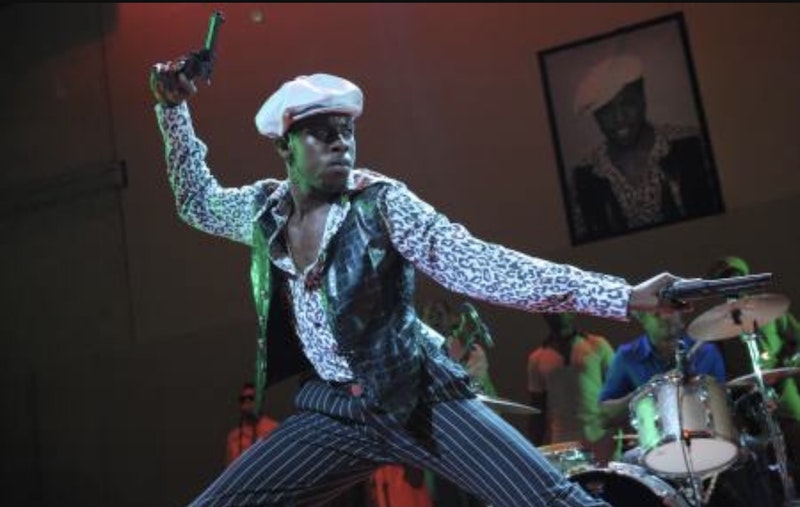 The first time I really listened to reggae music, it was the soundtrack of the film The Harder They Come at a high school party in 1973. I remember dancing through the whole record, boogieing, swaying, skanking, and passing joints, with two beautiful sisters (I'm using “sisters” here to indicate that they were one another's siblings, not in the racial solidarity sense that makes all black people family).

The record, my candidate for the greatest soundtrack recording, was issued in 1973 in the States, but already had a run in Jamaica. The film, made by the white Jamaican entrepreneur Perry Henzell (whom I got to talk with near the end of his life, at his beautifully community-connected resort on the island's south coast), was a massive hit in Jamaica, for understandable reasons. It vividly and with a gritty realism depicts Kingston street life circa 1970, though it's based on the violent life and death of a Jamaican outlaw from the 1940s. Both the film and the soundtrack are built around the performance of Jimmy Cliff, already an established island singing star (with the ska classic Miss Jamaica, for example).

I just re-watched the movie, which stands up, but it's the soundtrack that more or less changed not only DC high school parties, but world music. I have a feeling that it hit the youngsters who’d form the Clash and also the almost-middle-age Rolling Stones pretty hard, for example, though the reggae emerging from the Jamaican community in London in the early-1970s must also have had a role. Maybe Eric Clapton was listening, and Alpha Blondy, the great reggae artist from Cote d'Ivoire. That rhythm, man: my heart's been beating to it ever since.

Whoever put together the soundtrack (the producer Leslie Kongin consultation with Henzell and Cliff, perhaps) was an expert on the Jamaican music scene, documenting the late-1960s transition from rock steady to roots reggae. There are two songs by Toots and the Maytals, including "Pressure Drop," which (along with the sisters) practically brought 15-year-old Crispy to orgasm on the dance floor. Every one of the 10 songs on the original record is a classic. Desmond Dekker is represented by "007." The Melodians turn in one of the most moving performances in 20th-century popular music on "Rivers of Babylon." The rock steady sub-genre known as "rude boy" (which provides the whole frame of the film) is represented by "Johnny Too Bad" by the Slickers, and in the course of the film the outlaw "with a ratchet in his waist" is identified with Cliff's character Ivan.

But the other imperative of the soundtrack, besides crystallizing Jamaican music at that moment, was to give the world something it could understand, thus promoting the film. The material is beautifully selected for that purpose as well: these were some of the best-produced, most accessible, and best-sung Jamaican records of that period. Jimmy Cliff, Toots Hibbert, and Desmond Dekker (along with Bob Marley) were the most tuneful singers working in Jamaica. The soundtrack manages to skim off some of the moments with the most worldwide commercial potential without betraying the essence of the scene.

By that time, there was some very radical shit going on in Jamaican music. King Tubby was disassembling songs into their tracks and then rebuilding them as they reverberated. U-Roy and other deejays had moved from singing to "toasting," chanting and rapping. In '73, this material sounded profoundly alien in the States; we'd never heard anything like it, didn't have the context to understand it (the right context was at Sound System parties in Jamaica). The soundtrack manages to provide an excellent example of this style, in "Draw Your Brakes," attributed to the toaster Scotty. What killed me at the party: I'd never heard bass that heavy.

Henzell's film made it obvious that good movies could come from anywhere, and also that you could film something on a shoestring that could be meaningful, or release messages (about "sufferation," for example) around the world, with transformative effects. Part of what we loved about roots reggae was that it meant something, it was committed and sincere: the opposite, we might say, of Elton John or David Bowie.

The greatest reggae movie is probably Rockers, made for less than $50,000 and issued six years later, starring the "hard, hard drummer" Horsemouth Wallace. ("Are you the hard drummer they call Horsemouth?") I remember seeing it with a bunch of Bonzos at the Biograph in Georgetown. It’s beautifully concentrated on depicting Rastafarianism and the mature roots reggae scene of the late-1970s.

I didn't know what I was seeing the first time round because it was still hard to get hold of new Jamaican records in DC. But the cast of Rockers is insane, including the reggae stars Gregory Isaacs, Jacob Miller, Robbie Shakespeare, Big Youth, Augustus Pablo, Dr. Alimantado, and Dillinger, among others. In an immortal scene 30 minutes in, Winston Rodney (Burning Spear) sits on a bridge in the rain and improvises a hymn a cappella as Horsemouth sways. But just watching Wallace hit that drum under the opening credits, in a groundation on the classic roots song Satta Massagana, is enough to change one's heart.Meanwhile disco is represented as the music of the Babylonian captivity.

The roots reggae period, and the moment in Rasta culture depicted so beautifully in Rockers, didn't last much longer after that, the music changed profoundly by digital rhythms (replacing Horsemouth and his ilk) and largely abandoning spiritual and revolutionary themes. The harder they come, the harder they fall. There have been many revivals since, and maybe roots reggae is best represented now by non-Jamaican groups such as Groundation, Rebelution, or SOJA, all of which have recent albums.

But the golden age of roots reggae lasted less than a decade. That's one reason why these films are invaluable historical artifacts as well as moving entertainments.