Don't Be Faithful to Stephen King

The Firestarter remake, like the book, is dull and slow, unlike the very fun 1984 original. 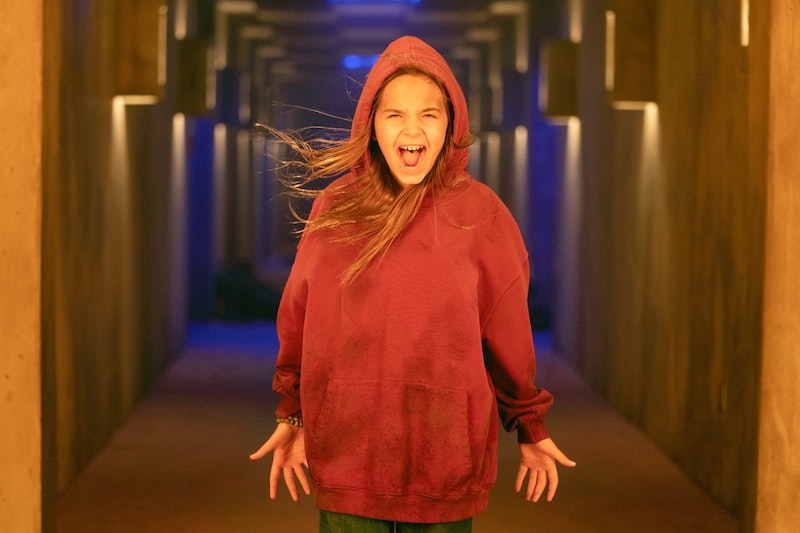 Stephen King’s meteoric rise and continued success in the mid- and late-1970s led to a decade full of his most famous books: It, Misery, Cujo, Pet Sematary, Christine, and Firestarter, all of which were written in a blur of booze, pills, and cocaine. Some of them feel like it (Cujo), but others, like Firestarter, are punishingly dull and poorly-paced, with remarkably little fire-starting by young Charlene, or “Charlie,” compared to the endless rampage that Cujo goes on, or the epic insanity of It, his best book and one that still hasn’t been adapted properly. The recent movies destroyed the meaning of the book completely by separating the child and adulthood stories rather than intercutting them. It is the only King novel that rises above airplane/beach/rainy day fare and joins the ranks of Philip K. Dick’s multiple pulp masterpieces.

Dick and King may be two of the most frequently adapted American authors, but the former was a visionary; not the best writer, but a genius nonetheless. King’s a mediocre writer without much intellectual curiosity, and there’s no better example of that than his refusal to come to terms with what Stanley Kubrick did to The Shining. King, like Dick, provides fantastic setups and premises for films, but with him, you’ve got to deviate. King endorsed films and shows that get no attention and make no money: who wants to see Doctor Sleep? Brian De Palma’s Carrie changed quite a bit, while the 2013 remake was completely faithful and completely awful.

Ditto for the new Firestarter, not a notch on the already just-okay 1984 original starring Drew Barrymore. The Shining and Carrie are the only King adaptations that stand as great films, while everything else is at best stupid fun. Firestarter 1984 has a score by then-ubiquitous Tangerine Dream, and a bananas cast for such a silly movie: Barrymore, David Keith, Heather Locklear, Art Carney, Louise Fletcher, Martin Sheen, and George C. Scott. The film’s shot in widescreen with extreme wide angle anamorphic lenses, giving everything a shimmering, alien feel. Tangerine Dream pulses as Keith and Barrymore run down a highway, and within minutes she’s starting fires. Firestarter 1984 understands that a story this fantastical needs action at certain points, it needs spectacle to sustain what heartfelt dialogue and attempts at drama can’t.

This is a story anyone can run with: two college students participate in a double-blind study conducted at a covert government facility called “The Shop,” a department of “DSI.” They hook up after the experiment, have a baby, and realize that they have superpowers: she can read minds, and he can “push” people: make them do or believe anything. As their daughter grows, they have to keep moving around the country to avoid being captured by the government. By the time the wife is taken out, Charlie is around six or seven, and she can burn like you wouldn’t believe. All versions of Firestarter use a non-linear narrative, but only the 1984 film gets going and fast: Barrymore is blowing up trucks and setting people on fire.

Firestarter 2022 is a victim of brainless King worship, not a lousy script by Scott Teems. A lot of the dialogue is clunky, but no more so than other Blumhouse productions, or the original Firestarter! But this is a joke, this isn’t a movie—why is everything so grim? Why must Charlie comfort an old man with a paralyzed wife? Why are close-ups of Zac Efron pitch black in a movie theater? Why are there are so many dialogue scenes? In the 1984 version, George C. Scott plays an insane test subject named John Rainbird, who’s thankfully wiped out 20 minutes before the end. In the book and the new movie, he takes Charlie with him, and they leave DSI and her dead father to live a life of mutants.

Boooooo! Barrymore burns DSI to the ground, and the movie spends a glorious amount of time just letting her destroy the entire compound and murder dozens of its little Eichmanns, all begging for their lives as they burn to death or explode. She shoots fireballs and black comets at people and eventually the entire facility, and hitches a ride back to Carney and Fletcher’s place. They’ll raise her right. It’s such a fun and exuberant revenge ending for a character who’s denied so much in both other versions. Charlie doesn’t want to use her powers, yet she’s supposed to live with Rainbird? I realize the illogic is immense, but the greatest crime of King’s novel and the new Firestarter movie is that there simply isn’t enough fire-starting. King’s not a serious author. Take his plots and premises and make fun, not faithful, films.