The Godfather of Gore 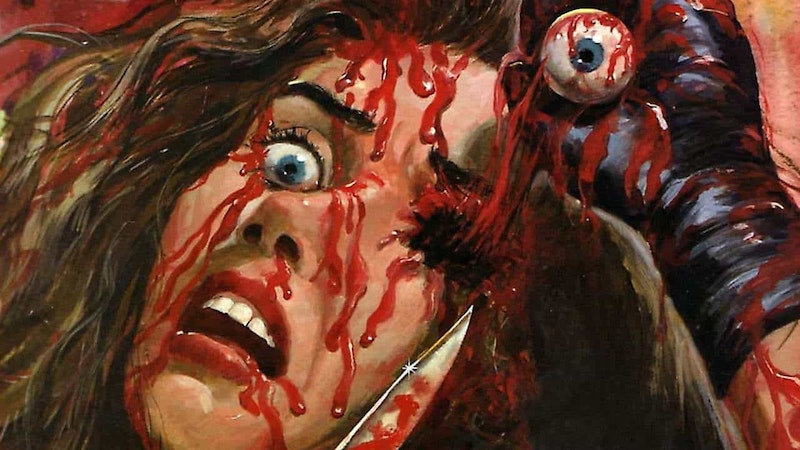 At one time, people were afraid of horror movies. Back in the 1980s there was an idea in certain quarters that you only had to see a single splatter film to be perverted into an axe murderer. This October, I found I had the chance to put that theory to the test. The Criterion Channel’s added seven feature films by Herschell Gordon Lewis, the “Godfather of Gore.” I decided to watch them one gray October day, and see whether my psyche would be warped.

10:20—First, “Carving Magic,” a straightforward 20-minute short about the proper way to carve meat, with a nominal story. Everything’s bad: acting, writing, framing and editing. This sets up the rest of the day. Lewis was working at an ad agency when he made this short in 1959. He’d just started making exploitation films; he’d go on to do softcore erotica for a few years for drive-ins and grindhouses, then came up with the idea of gore films. Various local censorship laws limited how much sex could be shown on screen, but in 1963 nobody had thought to outlaw extreme gore. Lewis saw a market he could corner.

10:50—Blood Feast, in 1963, was the invention of the gore film. It starts with a woman taking a bath and then getting hacked to bits. The blood’s still surprisingly realistic, and it’s maybe the most eye-catching thing here. You don’t expect it, given the early-1960s look. A little more surprising that the movie made Britain’s Director of Public Prosecution’s list of video nasties as late as 1983.

11:14—Another murder, featuring the tongue being ripped out of a girl who although alive and conscious somehow doesn’t know how to fight back. It’s a notorious scene, and still reasonably effective. The movie’s begun to slow down, though.

11:28—The plot’s simple to the point it doesn’t fill 67 minutes of running time. Scenes are carried by bad acting; you watch the line deliveries in awe. Pacing’s annoyingly slow. Other than gore, there’s not much here.

11:43—A man puts a woman’s leg in an oven, and there’s a weird contrast between typing that out and seeing it done: watching it you know it’s fake even though the effect’s reasonably solid. I wonder how much moral panic over films like this were driven by second-hand descriptions of the murder and gore rather than actually watching the movies and seeing the basic incompetence. This ain’t Hitchcock, though apparently audiences at the time ate it up. So to speak.

12:00—On to 1964's Two Thousand Maniacs!, in which the people of the Southern town of Pleasant Valley (population: 2000) waylay northerners with ill intent. A group of kids are shown lynching a black cat, which was unexpected enough to get me to exclaim aloud.

12:25—This movie’s technically a better film, in the way it builds and the quality of its central idea, but that doesn’t actually make it good.

12:51—As a former ad man, Lewis was making purely commercial films, cutting corners everywhere. He never did more than three takes. But he may have short-changed himself. If he’d taken more care with it, and gotten better actors, he might’ve had something that could be considered seriously. As it is, while it’s sporadically inventive (as now, with a man rolled down a hill in a barrel spiked with thick nails), it’s also slow to really build suspense.

1:07—There’s a distinct sadism in this movie that’s different from most of the relatively quick violence in Blood Feast. It feels more like Friday the 13th and Nightmare on Elm Street movies, with extended set-pieces that don’t so much move the plot along as give the film a reason to exist. You watch for the violence, and I suppose that could seem like an audience being “desensitised” to some.

1:48—Color Me Blood Red is next. There’s angst about suburbia from a painter trying to get the right color, the artist’s girlfriend bleeds on his canvas, and somehow the blood stays red as it dries, giving him the idea of what to use as a new pigment.

2:29—There’s a good slasher film plot in here somewhere, with a demented killer chasing down young people in swimwear, but it takes too long to get going, is too bright, and generally lacks any energy.

2:44—Teens on the beach at night, one of them worried about the mysterious house with a hermit painter; we’ve finally hit something like a horror film, with 15 minutes to go in the movie. This is an early ancestor of the teen slasher flick, but it’s far up the evolutionary tree.

3:10—The Gruesome Twosome, from 1967, is less well-restored than the other films. It opens with two wig stands done up with faces having a conversation, a sequence tacked on to pad the film’s running time. The movie proper is about a homicidal wig shop owner who has her demented son kill college girls to sell their hair. We get a detailed scalping scene less then 10 minutes in, so in that sense it’s more efficient than Color Me Blood Red.

3:45—Then again, even the plot-relevant sections are slow and uninteresting. Another gore scene comes along now, only the second of the movie. I wonder how many people in the drive-ins were paying attention at this point. I suppose once it came out on home video you could skip right to the gore. I’ll acknowledge that the 1960s were a less ironic time than the present, people had a lower bar for special effects, and that the gore effects here are pretty good. It’s still baffling that so many people were disturbed by these movies, misogynistic subtext or not.

4:32—1970's The Wizard of Gore has a title that’s a parody of a lot of things. It’s about a stage magician who graphically murders people on stage, heals them, then later they turn up dead of those same wounds. It’s less interesting than the proto-slasher films, lacking even a vague dramatic structure. The build-up to the killing is the point. Again, I can see how this sort of violence desensitises people to other movie violence. The idea it could desensitise people to actual violence strikes me as ludicrous.

5:45—Now there’s some driving around. Not a car chase. Just driving.

6:04—Montag summons fire, then gets body-checked into the fire and immediately dies. There’s about five minutes left, and it’s going to take that long for exposition to explain what’s been going on.

6:07—And the movie doesn’t bother, going for a cheap twist ending and another gore scene. Which then gets another twist, returning us to the start of the film. It’s tempting to see figures like Montag, Fuad in Blood Feast, Gruesome Twosome’s wigmaker, the artist of Color Me Blood Red, and so forth as stand-ins for Lewis: artist-figures setting up gore scenes for the entertainment of their audiences. Not that Lewis would’ve been thinking that way. Still, it’s interesting that most of these characters get thwarted by women after spending the film killing women.

6:53—Gentry goes to interview his chief suspect in the killings. The movie intercuts this with a woman stripping. Stereotypical anti-sex feminist crusaders turn up at the strip club determined to wreak havoc. None of this is as entertaining as it sounds, individually or collectively.

7:14—The killer cuts off the tips off a dead woman’s nipples and catches streams of milk in wine glasses. Then kills the woman’s roommate by shoving her face in hot oil. I’ll give the censors this much: there’s a kind of repulsiveness in the mutilations here. Hard to see it having much of an impact on watchers one way or another, though. Seems excessive that the movie should still be banned in Australia.

After a day of cinematic ineptitude, I thought it’d be interesting to contrast Lewis’ work with a slasher film which was actually good. So I went to Netflix to see the original Texas Chainsaw Massacre from 1974, two years after The Gore Gore Girls. I remember when this movie was held to be abhorrent. It’s been re-evaluated since, and merits it. It’s a well-made film with tight dramatic tension, atmosphere, and a genuinely nightmarish feel. Violence is structurally different, less obviously laid out in set-pieces, more unpleasant, less attractive. Which is to say gore’s gone mainstream. By 1974, taboos have all been busted.

In 1963 Herschell Gordon Lewis found an odd soft spot in obscenity laws. Censors didn’t have the imagination to ban every kind of extreme content; they didn’t foresee that banning extreme sex in movies would lead to movies about extreme violence. Repress something and it comes out somewhere else. But the Lewis movies are footnotes now, historical curiosities.