Inner Workings of the Fear Within Us 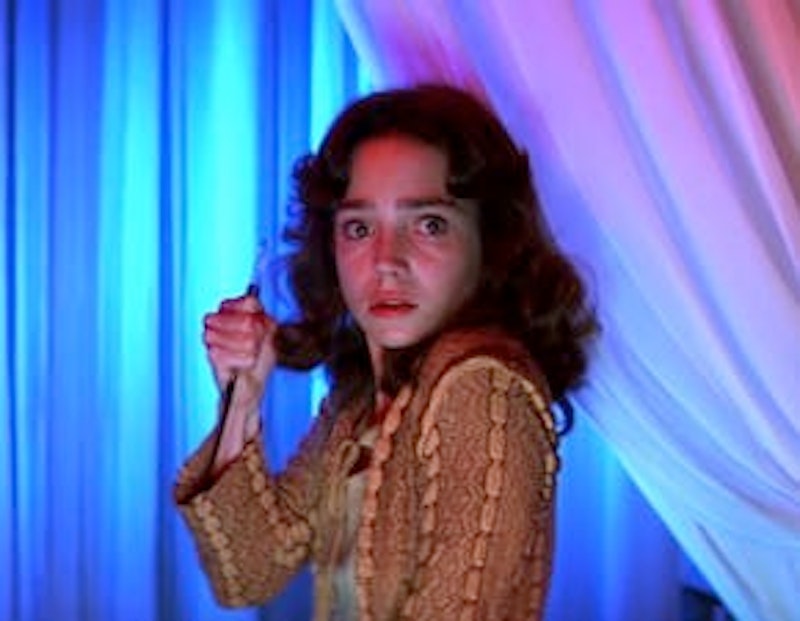 Italian filmmaker Dario Argento has had a significant influence on the horror film genre. He’s best known for his frightening creations during the 1970s and 1980s of the horror subgenre known as giallo. Easily comparable to American crime dramas and film noir, giallo refers to specifically Italian crime film that has roots in Italian pulp fiction mystery novels. Often, it includes elements found in psychological and psychosexual thrillers, as well as American slasher films. Although giallo as a genre has a multi-layered history, to the American and English-speaking audiences, it is synonymous with horror and especially with Argento’s work.

Argento’s work doesn’t fit a simple category of either slasher or B-movies because it combines high and low art. This is visible in almost all of his films, and one of the most critically acclaimed, Suspiria (1977) is no exception. Argento based the film on Thomas De Quincey’s Suspiria de Profundis (1845), a collection of literary essays that deal with psychological and supernatural fantasies.

Taking De Quincey’s elements and writing the script with his then-wife, Daria Nicolodi, Argento sets the stage in Freiburg, Germany in a prestigious dance academy. Main character, Suzy Bannion (Jessica Harper), is an American ballet dancer who enters the academy only to discover strange phenomena resulting in either disappearance or death of female ballet students. As the story unfolds, we learn the fantastical events are not simple and explainable accidents but actions created by the witches’ coven, which Argento treats as a completely normal and believable reality.

One of the unique features of Argento’s films is the immediate presence of unsettling interior feeling due to the external events. Even at the beginning of the film, Suzy experiences alienation as an American in Europe. She arrives at the Freiburg airport in pouring rain, has trouble getting a taxi, and when she finally does, the driver isn’t willing to help with the bags and pretends not to understand her Americanized pronunciation of academy’s address. It’s easy to imagine this annoying encounter since most Europeans are rather rude, especially in practical matters. What’s fascinating is that with this seemingly simple scene, Argento sets up the entire series of unsettling images that follow.

At the academy, Suzy meets Miss Tanner, a strict ballet instructor who has the appearance of a prison warden rather than a woman dedicated to performing arts. She’s relentless in her training and in one instance forces Suzy to dance despite the fact that she’s ill. Miss Tanner is a sadist, and although the strictness and paradoxical dehumanization in ballet is not unheard of, the sadistic exaggeration of Miss Tanner’s character adds more unsettling flavor to the film.

The headmistress of the school, Madame Blanc, is just as bizarre as Miss Tanner. Her kindness is only predicated and dependent on Suzy’s relinquishing of power, which, as it turns out, is not easily taken. Suzy’s a determined young woman, set on uncovering the mysteries of the academy as well as ensuring her own survival.

Argento mixes grotesque elements that can easily be compared to the strange work of photographer Diane Arbus. In Suspiria, we see this in the disturbing presence of Madame Blanc’s young nephew, whose expressionless face and the gaze that bursts out of it further contributes to the supernatural atmosphere of the academy. Everything has a stain of evil and decay: old and overweight matrons and cooks at the school, the academy’s blind piano player and his guiding dog, a dumb and gigantic servant, even the academy itself, especially when a rain of maggots descends from the ceiling.

Everyone has something to hide and have the potential of being Suzy’s enemy. Even her meeting with Dr. Mandel, a psychiatrist to one of the disappeared girls in the academy, has a sense of disturbance. Despite the fact that Mandel may be her friend, after a brief conversation, he leaves Suzy’s side abruptly for an appointment. This is brought out by the fact that Mandel is played by a very young Udo Kier, and one can clearly see the signs of Kier’s later roles as a disquieting character.

Argento focused on the building of the set, and thus the academy itself becomes a “character” in the film. According to Argento, he wanted a look of deep colors that were reminiscent of Hollywood technicolor movies as well as Disney productions. The film utilizes all the primary colors, especially blue and red. The overly stylized red (whether in the walls of the academy or blood from the victims) adds to the technicolor statement Argento was aiming for. The use of the blue velvet curtain at the end of the film, as well as dark red rooms, would make any film lover wonder whether David Lynch was inspired by Argento’s use of color in Suspiria for his masterpiece, Blue Velvet (1986).

For any horror movie fan, becoming more familiar with Dario Argento’s work is required, and Suspiria is a good place to start. It’s frightening, strange, and grotesque. Argento’s attention to detail evokes feelings of uneasiness, both physical and metaphysical, and this is what makes his work unique. He delves into the chaos of the soul and delineation between good and evil is non-negotiable. Just as the title suggests, he calls out his audience to look into the sighs, breaths, and inner workings of the fear within us.