The Feature Is Female 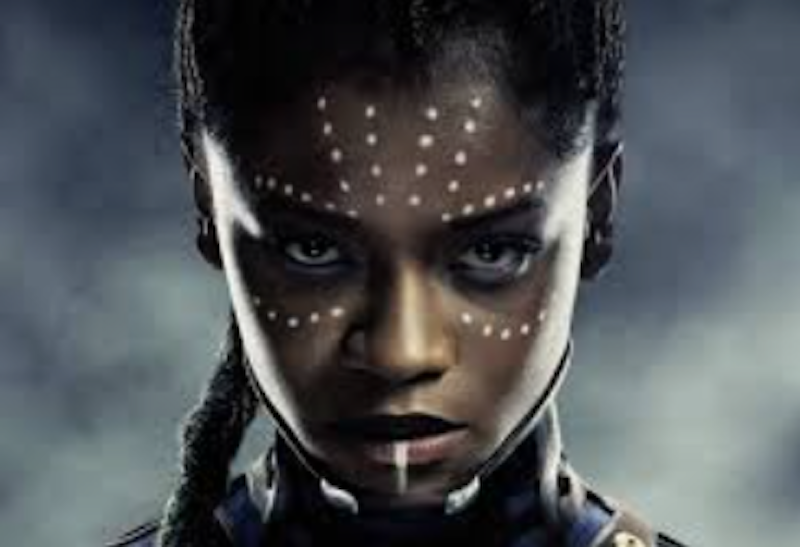 Chloe Zhao, the director of the superhero film I’m most looking forward to in the next year or so, Marvel’s Eternals, just won the Golden Lion at the Venice Film Festival for her movie Nomadland. I can be delighted about news like that without wanting Hollywood leftists to introduce an ethnic or gender quota to steer more awards her way—forever tainting them with an unfair asterisk that leaves doubters wondering how good she really is.

Nonetheless, new Academy Awards rules will make films ineligible for Best Picture unless they meet a set of affirmative action criteria for the characters and/or production staff.

At this point, even many a left/liberal must sense the chill wind of anti-artistic politics blowing across the land. Luckily, the Academy’s rules aren’t too demanding, given the current state of pop culture. In fact, black and (for example) trans characters already make up a higher percentage of TV characters than real black and trans people make up of the U.S. population (not that this makes activists any less angry or diminishes their sense of urgency).

One wonders if the Academy rules will get stricter over time, though—perhaps each time the U.S. is convulsed by some new eruption of racial conflict. Might the day come when the Best Picture criteria are so detailed and narrow that, say, the percentage of Jewish people in nominated movies cannot be higher than the percentage of Jewish people in the general U.S. population (about three percent)? Tiny, dry, careless bureaucratic decisions can have a devastating impact on longstanding, gradually-evolved subcultures, not to mention creative spontaneity.

At least the Academy’s rules, unlike government’s rules, are private and voluntary. On more politically and morally dubious grounds are things like government’s use in seminars and lectures of “Critical Race Theory” ideas (now discouraged, per a recent memo from the Office of Management and Budget, as I discussed last week on Austin Petersen’s radio show).

One needn’t fear such left-wing ideas would wither and die without government support. Critical Race Theory, for example, grew out of Critical Legal Studies (basically, the idea that seemingly-neutral laws may have arisen to protect the powerful)—and without any nudging from government, a sci-fi story by one of CLS’s founders, law professor Derrick Bell (a mentor of Obama when the future president was at Harvard Law), got turned into an HBO segment back in the early-1990s. It depicted whites as so hateful toward blacks that the U.S. sells the entire black population to alien slavers. That’s a terrible and paranoid view of the white population, but I wouldn’t blame Jordan Peele if he were tempted to remake the tale, and I’m sure there would be an audience for it, no mandates from government necessary.

I think great things can still be accomplished by stories that deal with ethnic tensions almost incidentally instead of through direct, combative politicization. Few people object if the number of non-white DC Comics superheroes increases, for instance, but I become a bit more wary when, say, one of the first projects announced by new DC Comics executive director Marie Javins is a digital anthology of real-life political tales called Represent!, with the lead story (apparently called “It’s a Bird!”) being an autobiographical account by her old pal from her days working at Marvel, that bird-watching black man, Christian Cooper, who by his own admission made mildly threatening comments about a woman’s annoying dog in Central Park—and then got proclaimed a national hero because she threatened to call the cops on him.

I’d think DC Comics has bigger things to worry about than ambiguous shouting matches in Central Park, what with a third of its staff laid off recently (go broke, then get woke?). Or maybe DC should be worried about several people in the comics industry recently accused of grooming teen fans for sex, including (undeniably talented) artist Cameron Stewart, co-creator of DC’s Aquaman-on-LSD-like character Seaguy. Or maybe DC should worry about whether the forthcoming “Snyder cut” of the Justice League movie will be about as bad as the non-Snyder cut was.

But no, forget all that. DC has other priorities. It plans to leverage its moral authority and “cultural power” (their phrase) to combat (whatever remains of) white racism with things like the new digital comics. That’s fine, I guess, but the organic demands of art and the horrible happenstance of life—such as the actor who played Marvel superhero Black Panther, Chadwick Boseman, dying of colon cancer—can do the job of creating diversity and just plain randomness in a more rough-but-natural, haphazard-but-not-sterile, non-mathematical fashion.

One likely outcome of Boseman’s death (which fell on the same sad day the long-delayed, long-suffering Marvel movie New Mutants opened in the middle of a pandemic to weak box office returns, and two weeks before the death of Diana Rigg, who played an Avenger of a different sort on TV) is the accelerated adaptation of a plotline from the comics whereby King T’Challa’s sister Shuri (played by the entertaining Letitia Wright in the films) becomes the new Black Panther. In the comics, the dramatic event necessitating this passing of the mantle is the grievous injury of T’Challa by Balkan dictator Dr. Doom (who, like the Panthers, blends advanced science, magic, and reclusive nationalism).

I predict Dr. Doom, who the films have to unveil at some point anyway, will first be seen not just wounding but killing Black Panther in the opening moments of Black Panther 2, inadvertently making women of color even more prevalent in the Marvel Cinematic Universe—and in the same fell swoop introducing to the MCU the first of many important Fantastic Four villains.

My point is that with a bit of patience and no Academy quotas, stories and cultures evolve. In fact, were it not for COVID-induced delays in film releases, 2020 might’ve been a stunningly female-centric year for superhero films, yielding not only DC’s Birds of Prey team and the Wonder Woman 1984 sequel but also, per the original schedule, Marvel’s Black Widow and Eternals, with all of those films having female directors and majority-female main characters—and being followed in a couple years by, among other female-inflected sequels, Thor: Love and Thunder, with the black bisexual Valkyrie played by Tessa Thompson rumored to be seeking a queen and Natalie Portman rumored to become the new wielder of Thor’s hammer.

Disease (viral or cancerous) alters the plans of men, women, and gods, but markets adjust and tend, eventually, to give people what they want, even if it doesn’t happen exactly when or how the political elite, who don’t really care about art, think it should.