Cuties is Not What You Think 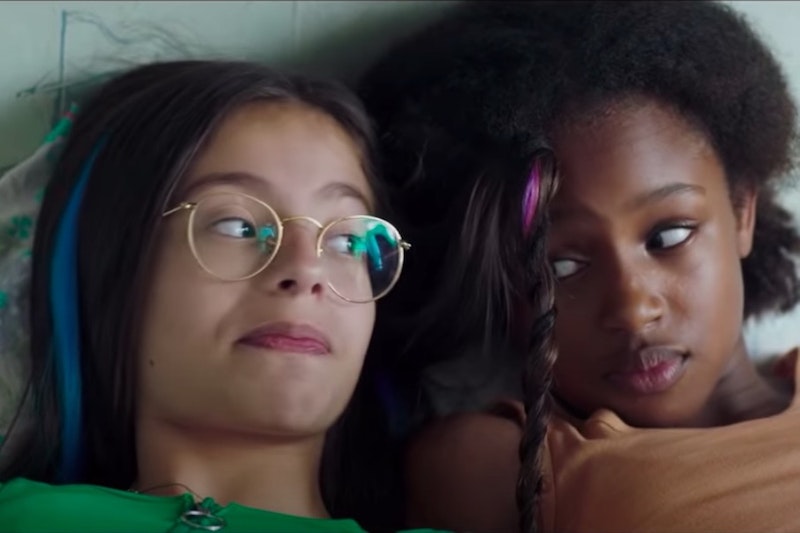 Maïmouna Doucouré’s directorial debut, Cuties (French: Mignonnes, 2020) has been consistently under attack since Netflix released it on September 9. Netflix’s promotional poster and trailer primarily includes a group of 11-year-old girls dancing in a sexually suggestive manner, and it’s caused an uproar. The rage has extended beyond mindless, uninformed noise. Sen. Ted Cruz (R-TX) and Sen. Tom Cotton (R-AR) have officially filed a letter to Attorney General William Barr to investigate Netflix for the distribution of child pornography.

Pundits, politicians, and countless Americans have aligned themselves with Cruz and Cotton. Everyone was eager to scream that they don’t support child pornography and if you dared to question this premature assessment, you were accused of being a supporter and a consumer of child pornography. A wave of collectivist opinion took over social media and many who’ve spoke against the film haven’t watched it. Most proudly admitted this and have been calling for the cancelling of Netflix. On the surface, this seemed just a call to cancel your Netflix subscription but in reality, conservatives (mostly) have joined in the “cancel culture,” much like woke leftists do on a daily basis when they attack conservatives. (As I write this, the “argument” against the film has made yet another illogical jump to sex trafficking.)

Even before I saw the film, I spoke out against “cancel culture,” and have sustained repeated attacks and name-calling. What do you expect, you might say, this is Twitter. It’s common knowledge that Twitter is a cesspool of uninformed opinion, but the unleashed mob mentality that I experienced was strange.

Setting aside the absurdity of this controversy, Doucouré’s film is an exploration of the difficulty young girls face growing up in today’s demanding society. The story centers on Amy, a Senegalese 11-year-old girl, who’s caught between two cultures: her fundamentalist Muslim upbringing and the disordered, libertine culture of France. This is already a problem for a young immigrant girl, but the added issue of the Internet culture that forces girls into a hyper-sexualized image creates an even bigger interior conflict for Amy.

As the film opens, Amy’s mother is getting ready for the arrival of her husband (and Amy’s father) from Senegal. The twist is that he has taken another wife and is bringing her to France. Amy’s mother seemingly accepts this reality that she lives in. Amy’s confused as to why her father needs another wife, and she overhears her mother first crying at this prospect and then dutifully informing the relatives of this “happy” news.

Amy mindlessly participates in prayer but this form of imprisoning Islam isn’t giving her any succor. Since this is her only point of reference to God, she doesn’t know how to seek Him, and as a result, faith plays no part in her life.

In school and on her walks, she witnesses a group of four girls (of the same age), dressed in highly provocative clothes, practicing twerking moves. Amy’s intrigued. After some difficulty, she befriends these girls and they practice together in anticipation of a dance contest.

Throughout the film, we witness Amy’s and the girls’ lack of understanding of sexuality and sex. They’re still little girls, but given their poor economic class and ethnicities, they’re neglected and left to figure out the contradictory world themselves. In one scene, the girls are watching a pornographic video on a phone (which is never shown on the film) and their ongoing commentary reveals that they know nothing about sex. In another scene, the girls find a condom in the park and, although they have an idea of what this object is used for, they’re terrified by it.

As Amy’s descending further into this grotesque world, her anguish and confusion rises. Her mother and aunt are attempting to absolve her of her sins. In one powerful scene, as they’re throwing water on her face and body, Amy’s almost possessed: she’s physically writhing and the movements of her body suggest an interior and spiritual fight between two worlds.

On the day of the dance competition, Amy is fully prepared to take on the world but in the midst of this ridiculous, unsynchronized, and awkward gyrating on the stage, she stops. Her face, made up to look like an adult woman, is covered in tears and she leaves the stage.

The dance scenes are in no way glamorized or hyper-sexualized. In fact, the acting reveals that girls are awkward, gawky, and clearly have no idea what the meaning behind their dance moves is. They have no knowledge of adult vulgar seductions, let alone why this is done in the first place. The images create discomfort for the viewer, yet they’re hollow. The disgust that they elicit isn’t because of an incorrect assumption that Doucouré has forced or exploited these young actors but because it’s a call to awareness of what’s happening in society. The film would have had no power at all if Doucouré cast older girls (unless, somehow, they were physically underdeveloped).

Amy does make a choice. She leaves the metaphysical and cultural stage of destructive reality that the overly secular society imposes on her. In her room, the skimpy outfit she wore during the dance competition and the traditional Senegalese dress she’s supposed to wear at her father’s wedding are left in the room. Now, she wears simple jeans and an elegant sweater, as she leaves the apartment complex and jumps rope with different neighborhood girls. It’s Amy’s face that is finally affirmed.

Netflix has done a great disservice to this beautiful film by promoting it as a story of a girl who leaves her oppressive Muslim tradition for an alleged freedom of Western society. This is false, and conservatives who are claiming this to be a leftist propaganda preying on young girls are wrong. There’s no ideology or pornography in the film; only an effort and a success to humanize the girls rather than to objectify them.

Doucouré is aware of both the interiority and exteriority of the girls’ lives. In an especially moving scene, the girls are running with bags of skimpy clothes and lingerie they bought with stolen money. As they move in slow motion, confused and happy at the same time, we only hear Vivaldi’s Nisi Dominus. This isn’t an attempt by Doucouré to vulgarize Vivaldi. This isn’t a piece of deconstructive art. Rather, it’s Vivaldi’s sacred music that’s seeking to envelop the girls in order. What society are we living in if there’s no God or anything else that might recognize and elevate the dignity of a human being?