In terms of quality and quantity of output as a writer/director, Allen rivals Willam Shakespeare. Rifkin's Festival is a welcome addition. 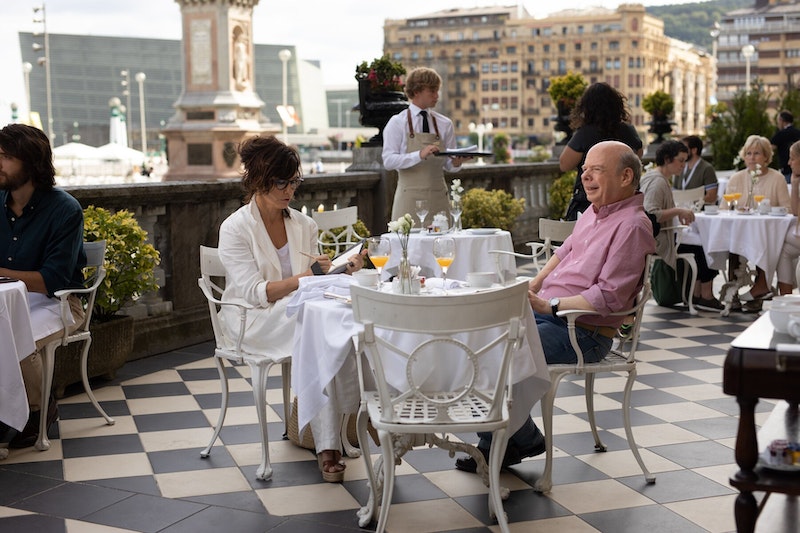 Whether it’s his latest film Rifkin’s Festival, his recent memoir Apropos of Nothing or his 2018 film A Rainy Day in New York, which is just now getting its US release, the critical reaction to Woody Allen in the United States has followed a formula that accuses the 84-year-old film auteur of losing his touch and relevance. That reveals little more than laziness.

To write the contemporary Allen review, use this formula: nod to his legacy, nod to his fans, nod to his wit and then accuse him of being derivative of his own work, mention that he’s been accused of sexual abuse and then wrap as if you’ve written an obituary for someboday who has dared to live and create for too long. Variety, using separate reviewers, did this to both Rainy Day and to Rifkin’s.

I’m friends with a reviewer for a major publication who I know is an Allen fan. I’ve needled him for not standing up for films he says he likes, and his answer is that he has rent to pay. He told me that when A.O. Scott wrote “My Woody Allen Problem” in The New York Times in 2018 everything changed. If he positively reviewed one of Allen’s movies, he believed his editors would run his review without much comment but also felt sure that over the next few months he’d be fired.

The safest bet for the career-minded critic is reviewing other films. The other is to use the formula—always alluding to the possibility that Allen’s a child molester while damning his art with faint praise when not outright attacking it. It’s shameful.

In terms of quality and quantity of output as a writer/director, Allen rivals Willam Shakespeare. He’s written all of the films he’s directed and his oeuvre spans comedy, drama, and absurdism. He can also act, perform stand-up and plays jazz clarinet. Like Shakespeare, his portfolio has highs and lows. But his output and craftsmanship can’t be denied and also like Shakespeare, who wrote The Tempest late in his career, Allen’s late work has value. He won best screenplay and a nomination for best director at the Oscars in 2012 for Midnight in Paris and a nomination for best screenplay in 2014 for Blue Jasmine. These accomplishments aren’t ancient history.

When Amazon broke its contract with Allen and refused to distribute A Rainy Day in New York, American critics, not to mention New York City’s film venues like Lincoln Center and Film Forum, should’ve rallied around Allen. They didn’t. I saw Rainy Day in Amsterdam, with a small bottle of pinot blanc in a gorgeous theater with ceilings molded like a Broadway playhouse and Dutch subtitles and had a delightful 90 minutes. It wasn’t Crimes and Misdemeanors, Husbands and Wives or Annie Hall. But that’s like complaining that The Taming of the Shrew is no Hamlet.  A Rainy Day in New York is a tight romcom, like Much Ado About Nothing and deserves better treatment.

There’s no word yet about how or when American audiences will get to see Rifkin’s Festival. It looks, deliberately, like lighter fare. It might also be his last feature. Allen’s said repeatedly that he never considers retirement, but he’s also said that he’s not interested in making films for streaming services, so unless he can get production and distribution support for theatrical releases, Rifkin’s Festival might be it.

If critics can’t break free from the “fading and controversial artist” narrative they’ve built around Allen and his work then we’ll have missed an opportunity to celebrate and understand an artist who has contributed so much to our intellectual and emotional lives by creating literary cinematic art that’s as vibrant and uniquely American as the jazz Allen loves. What a shame for a culture to cavalierly dismiss and abuse its own Shakespeare—such greats are rarer than we think.