The Endless Quest for Decent TV

Because network shows are boring. 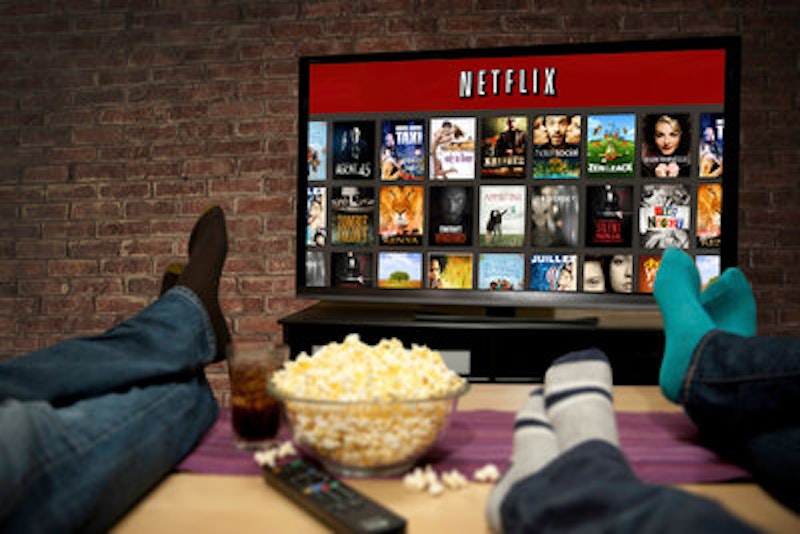 Once you’ve watched a really well-written cable television series, it’s hard to go back to network TV. The first cable series I remember watching faithfully was Weeds, and I haven’t liked anything as much since. Loved Nip-Tuck, Breaking Bad. I was thrilled when Weeds writer Jenji Kohan came out with Orange Is the New Black, and it didn’t disappoint. Can’t wait for the new season to start in June.

Network-wise, I liked Scandal for a few seasons, but it got boring and I haven’t really watched much else on network other than my family’s collective near-obsession with The Walking Dead. We’ve never missed an episode—the only show watched consistently together as a family: zombie-bonding time.

What shows have you watched lately that you’ve really sunken into, watched obsessively until you got through the season? Please recommend some if you have them. I think I have attention-deficit binge disorder, because I’ll watch a few seasons of a show and then lose interest and never watch the last season. I need to go back and watch the final season of Dexter, though I’ve heard it wasn’t great.

Some friends who are GOT-fanatics will smack me for this, but I was so-so on Game of Thrones. I watched a few seasons, but it was too complicated and serious and although the acting was fantastic, I just sort of didn’t care anymore—it was like “the short guy will eventually be king, the end.” Did like the blonde chick with the dragons. In a shortage of shows, I’d go back and watch the last season, and have heard lots of buzz about the current one.

Louis was hilarious for the first few seasons but I missed the last two, and there’s a bunch of It’s Always Sunny in Philadelphia I’d like to see. The Affair on Showtime was overrated. Started watching Homeland with my husband. Not sure why I had never seen The L Word, so I’m on season 3 of that (the technology in season one made me feel old, but I love Jennifer Beals and many of the other actresses and hey, the sex is hot.) I loved Sherlock. And I’m watching Angry Boys with my daughter in a quest to see everything the hilarious Chris Lilley has ever done.

I’m already on record with the fact that I'd play for the home team when it comes to Robin Wright as Claire Underwood in House of Cards. I'm out and proud as BiClaireious. Many people have complained House of Cards has gotten boring, but it’s one show I haven’t missed. It’s hard to imagine where they’re going to go with the plot next—the show’s been renewed for a fourth season for 2016, but what’s a White House without Claire in white pantsuits?

The best television I’ve seen recently came as a recommendation from my colleague Ray Cummings, who wrote an article about the show Black Mirror, saying it “goes speculative fiction apeshit with aplomb.” It’s a crazy, dark, funny, creepily futuristic social-media sexy-nightmare show. None of the episodes link to each other, so you can watch them independently. I loved that Netflix series (Stephen King did too, possibly because they’re not unlike his own short stories coming to life) and will hope for more.

Bloodline is on my to-watch list as I have heard a lot of good things about it. What else am I missing?