The End of Mumblecore

Is Mumblecore worthy of its eponymous title? 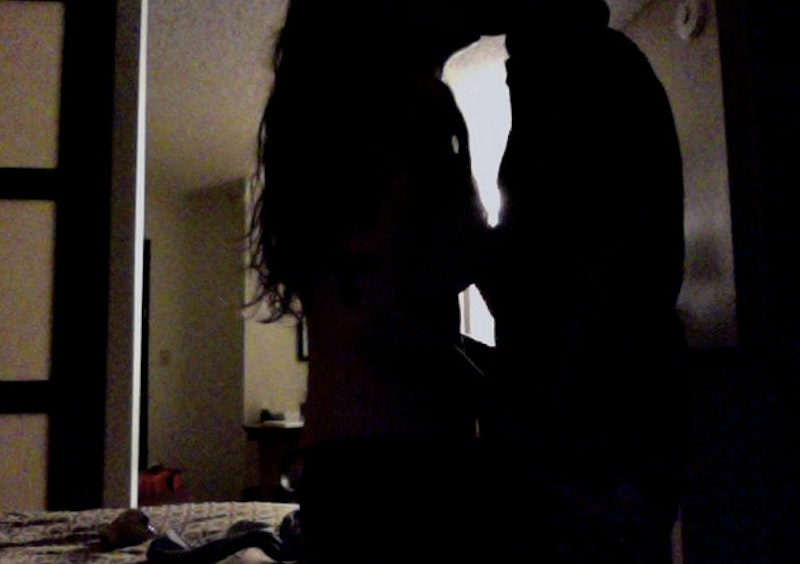 Mumblecore is shorthand for a lo-fi movie with a lot of talking about life post-graduation between 20-year-olds and sometimes 30-year-olds who consider themselves one of the following: musician, barista, moviemaker, vintage retailer or unemployed. Often these movies deal with temporal relationship transitions, and have begun to occupy a significant niche in the independent film industry.

Mumblecore is a  new movie shipping June 20 by MDMAfilms, the production team of Megan Boyle and Tao Lin. Their decision to give their film an eponymous title is gutsy, but is the film worthy of defining a (minor) movement? Before reading the tea leaves, let’s run through some of the genre’s most notable flicks.

Kicking and Screaming is about a middle class creative writing graduate whose quirky and attractive girlfriend with a retainer leaves him for Prague (“I haven’t been to Prague, been to Prague”). My girlfriend left for Africa. The majority of the film deals with my quintessential “problem with life”: not knowing the difference between insurmountable query and personal laziness. Also in effect, the selective memory of romantic expatriates, as in, I remember what your hair smelled like when we first kissed, but I refuse to remember your stink the morning after your friend came from out of town to see Paramour and the only way you were going to go along was if you blacked out and ate a whole bunch of 7-11 hot dogs. I use this movie to show girls who I am in less than two hours. Stars: Noah Baumbach, Parker Posey.

The opening scene is a replica of the famous John Cusack boombox scene in Say Anything, which should tell you enough about the plot. I remember not remembering which song Cusack plays in Say Anything, but then I remembered I had never actually seen the movie, just the scene, and obviously not the scene in context, but probably clipped into a montage or a commercial. This movie, back to The Puffy Chair, made me feel good about my decision to break up with my first girlfriend because things were comfortable but not loveable, i.e. I no longer loved her. Stars: Mark and Jay Duplass.

Mutual Appreciation is in black and white and there is a lot of talking.  I mean, A lot of talking, with very slow, very gray humor that’s sincere till dawn. Conversations rotate around what characters are doing, but mostly what they’re not doing, in particular the strange things that happened to them the day/week before depending on how weird/long ago the experience was. I found this to be true about my conversations with friends. There’s a certain feeling you get when something weird happens to you and you immediately jump to how to structure the story at a later time for utmost effect.Be warned: Don’t watch this movie with a group. They’ll think you’re pretentious, and besides, its hard to concentrate on a small screen where the only action is a lot of head scratching. Stars: Andrew Bujalski, the guy from Bishop Allen.

This movie made me prejudiced against all things Greta Gerwig. Scorned by more than a few womanly indecisions, Greta’s character is frustrating to no end. I mean, she’s with Mark Duplass at the beginning—swoon—yet she moves on to Andrew Bujalksi, and again, not satisfied, she jumps tracks to some other guy. Everything is confusing and muddled and not working, which I guess is accurate to life. You really start to see how finely woven mumblecore is from this movie. Stars: Joe Swanberg, Andrew Bujalski, Greta Gerwig, Mark Duplass.

This is a weird movie with a lot of online presence that I didn’t get to finish. I was watching it on my laptop with headphones and my girlfriend walked in on me in bed watching a scene of a guy watching some live sex cam on the Internet and I tried to explain it was a movie about how technology messes with our relationships but she kept arguing about the subjugation of women and I was too embarrassed to argue and turned it off and promptly forgot about it until now. Notables: Joe Swandberg, Greta Gerwig.

The dual admission of the movie is a desire not to be boring, and also to be accepted in the artistic world, in its case, via an open sexual orientation. My 16-year-old cousin told me all the cool kids in high school are bisexual. That means that all the 20-year-old cool kids from whom high schoolers take their cures are originally bisexual - cool meaning unaffected, experimental, with nice skin.. The film’s alternative to keeping your creative juices while maintaining sexual standards is a noble effort, even if it falls a little short.  Stars: Mark Duplass.

Greenburg scared me because it mirrored some hidden fears of growing older and weirder without artistic fulfillment. My favorite scene features Ben Stiller on coke expounding to his niece’s like-aged friends (20+) the difference in generations, specifically the laissez-faire confidence younger generations assume while seemingly consuming life to their fill. I’m not the confident, 20-year-old he was talking about, but it made me think I was for a second. Stars: Noah Baumbach, Greta Gerwig, Ben Stiller.

Mumblecore is going to feature and be produced by Megan Boyle and Tao Lin. They are both the crew and the actors. This is very much mumblecore in terms of total-immersion involvement with the process. It’s shot on a MacBook, which is the lowest lo-fi method in terms of film and editing, seeing that both hardware and software are shared in the same space. This holds the small budget credos of mumblecore.

Mumblecore is going to be about the improvisational conversations between Boyle and Lin genuinely detailing their relationship and idiosyncratic worldviews free of construct and framing. Much of a mumblecore movie is improvisation and verisimilitude through dialogue. The film will not make money with screenings, but through DVD sales. No mumblecore movie has had a large (as in, the majority of sales) cinema house presence.

Where it will differ from the previously mentioned canon starts with the curious choice to use subtitles. A MacBook’s audio is not meant for distance; Boyle and Lin also speak softly and mumble. Therefore we will not be able to make out everything said, lending cause to the transcription. With the addition of subtitles, Mumblecore creates an automatic split between visual cues. Viewers are forced to read and watch, deciding for yourself what is more important, the image or the words? This makes sense for Lin and Boyle seeing that their previous résumés include poet and author. No mumblecore movie I’ve seen has had subtitles. This is different.

Also different, this movie may not be seen as a movie. Though many mumblecore movies are loosely and not so loosely based on director’s/writer’s experiences and additionally cast actors and actress in fictional relationships while they are already in these relationships, Mumblecore will not differentiate screen from not-screen. We are to believe in complete improvisation: reality. Nothing is prescribed. I wouldn’t be surprised if the credits roll and we see Boyle playing Boyle, Lin playing Lin. These two are messing with the levels of introspection and subjectivity given to someone else’s reality. Questions of verity will arise. People will argue some more. I am as excited as you can get about something called mumblecore.

Mumblecore is available for pre-order on the MDMAfilms website.