The Commuter Isn't as Bad as You’d Think

How long can Liam Neeson keep it up? B- 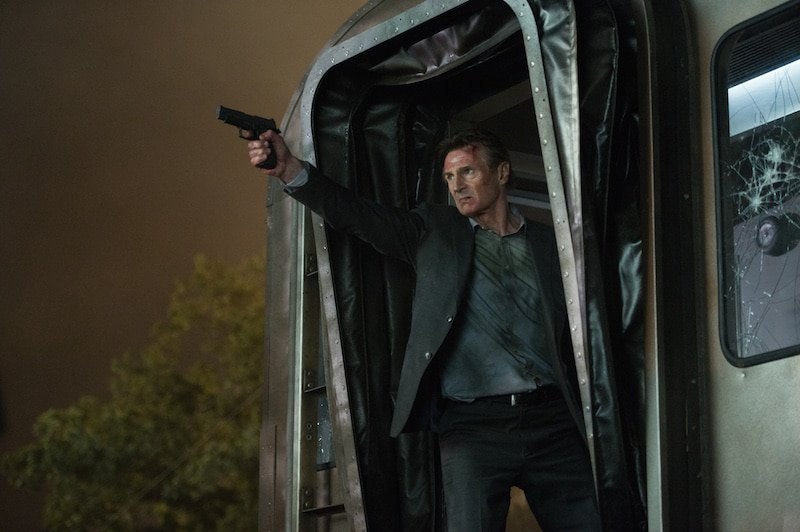 Give The Commuter credit: Not only is a movie with Liam Neeson called The Commuter exactly what it sounds like and is advertised, but it gives you everything you might expect from an action thriller that stars Neeson, is released in January, and entails the actor fist-fighting bad guys, rescuing his family from peril and occasionally screaming into a cell phone.

The plot is wildly convoluted and the key action scenes are shot in a subpar way, but the film leans into its ridiculousness. Best of all, the Neeson Senior Citizen Action Formula doesn’t show any signs of getting old yet.

Set not in some European capital but rather New York City, The Commuter was directed by Jaume Collet-Serra, also responsible for the previous Neeson vehicles Unknown, Non-Stop, and Run All Night. The Commuter injects more political consciousness than these movies typically do, with references to political and police corruption, specific shots at Goldman Sachs and the 2008 economic crisis.

Neeson plays a cop-turned-insurance salesman, who lives with his wife (Elizabeth McGovern) and son, and he’s sweating his two mortgages and upcoming college tuition payments. After he’s fired from his firm, Neeson takes the Metro North train home and finds himself pulled into a vast conspiracy involving a mystery woman (Vera Farmiga), the mysterious death of a city employee, and a case of wondering which mysterious passenger he might need to find, and possibly kill.

The plot, of course, doesn’t hold up to the slightest bit of scrutiny. For example, if the all-powerful bad guys wanted to kill a specific person, you’d think they’d come up with a more efficient way of doing so than blackmailing a random 65-year-old. Neeson is always standing in the exact spot on the train where the plot requires him to be standing, and the bad guys somehow are able to call any cell phone of any passenger whenever they want.

The other problem? The quality of the action. While nothing is as egregious as that infamous scene in Taken 3 when the simple act of Neeson jumping over a fence requires 15 cuts in about six seconds, the many fight scenes are somewhat choppy, and the final action sequence is especially incoherent.

So why didn’t I mind so much? I enjoyed how much the film committed to the bit, and Neeson is as magnetic as usual; it’s almost impossible to imagine this coming close to working with any other actor. Farmiga, not on screen nearly enough these days, nails a small but pivotal role, and there are also welcome turns for the likes of Sam Neill and Patrick Wilson.

It’s also a rare film that actually cares about accuracy when it comes to New York train geography, as opposed to John Wick 2, which fictionally extended the PATH train all the way North to Lincoln Center.

Can the Neeson action formula last forever? I suppose one day he’ll age out of it. But The Commuter, for all its flaws, is vastly superior to Non-Stop, the airplane version of the same general story from the same director. For about the 10th year in a row, it’s exactly what you want from a January Neeson film.

Paddington 2 Better Than Predecessor. B+

In Paddington 2, Paddington, the lovable, sweet-natured cartoon bear, goes to prison. He’s convicted and jailed for a crime he didn’t commit, and remains incarcerated for more than half of the movie’s running time. No, I’m not kidding about any of that.

And despite that counterintuitive, and very weird, hook, the film is charming and enjoyable, more so even than its 2015 predecessor. And speaking of going to jail, the film was originally set for a release from The Weinstein Company, until the Harvey implosion forced a sale to Warner Bros.

Directed by Paul Banks and based on the Paddington Bear series of children’s books by the recently deceased author Michael Bond, Paddington 2 once again mixes a Ben Whishaw-voiced CGI bear with live-action everything else, including a nifty production design of London.

Paddington 2 boasts an uncommonly strong human cast, led by the returning Hugh Bonneville, Sally Hawkins and Peter Capaldi. They’re joined by Hugh Grant, who does a gleefully scene-chewing performance as the villain of the piece, an actor-turned-criminal.

The plot—the pre-prison part, I mean—has Paddington wishing to send a magical pop-up book to his elderly aunt, who has long dreamed of visiting London. In order to buy the book, Paddington takes a series of funny odd jobs, leading to a great slapstick gag involving the bear becoming a window washer and trying to hoist a bucket on a rope. But soon Paddington is framed for the theft of the pop-up book, and sent to the hoosegow. Where he stays, for a shockingly long portion of the movie.

The prison section mostly involves the bear avoiding the wrath of jailhouse tough guy “Nuckles” (Brendan Gleeson) and making unlikely buddies due to his friendly nature. It isn’t exactly Oz, but it somehow works and I’m still laughing at the wag on Twitter who said he saw the film and the guy behind him was complaining that the prison scenes were “unrealistic.”

I’m interested to hear the story of how, of all possible storylines for the second Paddington film, the pitch was made to build it around Paddington-goes-to-jail, and that the answer to that pitch was yes. Then again, it’s far from the worst story to come out of The Weinstein Company in 2017.

I completely miss the appeal of Phantom Thread. I love director Paul Thomas Anderson, and Daniel Day-Lewis is among our greatest actors. But this one, I admit, completely sailed over my head.

The film features Day-Lewis as Reynolds Woodcock, a famed dressmaker in 1950s London. Running the business along with his sister (Lesley Manville), Reynolds meets a young waitress (Vicky Krieps) who becomes his lover.

Their relationship is contentious and volatile, and leads up to what’s actually a pretty great punchline. The problem is the getting there—I was bored for most of this film. At various times people in my audience were laughing at things that were completely lost on me.

Day-Lewis, who’s said to be retiring from acting after this film, gives his usual standout performance, even if it’s a tick below his work for Anderson in There Will Be Blood. Manville is delightfully icy as his sidekick, and Krieps brings unexpected depth as well, especially at the film’s end.