Oscar in hand, Joel and Ethan Coen put forth Burn After Reading, their most mean-spirited comedy yet. Fans should rejoice. 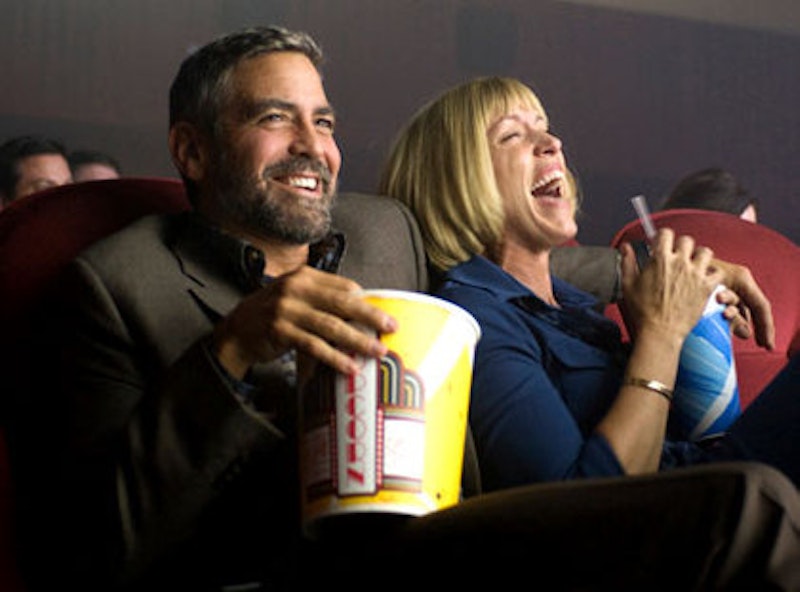 Just as the Coen Brothers followed up their critically-adored breakthrough Fargo with the gleeful stoner-noir bowling comedy The Big Lebowski, they’ve reached deep into their anarchic toolkit for the follow-up to Best Picture winner No Country For Old Men. Rightfully ignoring the implications and expectations that accompany Academy nods, the Coens have forged right ahead and made Burn After Reading, a technically perfect, dark-hearted farce that includes a handful of pitch-perfect performances and illustrates what a truly iconoclastic American treasure the so-called “two-headed director” really is.

The closest Coen analogue for Burn After Reading is in fact The Big Lebowski, and not only because a divorce lawyer in the new movie echoes some of John Goodman’s immortal lines from the earlier film. Both movies are loose re-workings of classic genres—Chandler-style noir in Lebowski’s case, D.C.-set paranoia thrillers here—that have no discernable “point”; they’re just shaggy dog stories that use familiar genres as a frame in which to display wacky characters and vignettes. Burn After Reading’s motley crew is perhaps a little more “realistic” than Lebowski’s Jesus the bowler or the gang of roving nihilists, but they’re no less cartoony, and the film feels accordingly meaner.

John Malkovich plays Osborne Cox, a disgraced CIA man who has to consistently assert that he doesn’t have a drinking problem. He’s unhappily married to pediatrician Katie Cox (Tilda Swinton) and decides to write a tell-all government memoir after losing his job. When that unfinished document purportedly falls into the hands of bumbling fitness center employees Linda Litzke and Chad Feldheimer (Frances McDormand and Brad Pitt), a web of self-importance and unnecessary paranoia ensues that—this is a Coen picture, after all—includes plenty of profanity and the occasional grisly death. Most of the Brothers’ films have a lone character in over their head at the center of the action; Burn After Reading has about five.

The fifth is Harry Pfarrer, a semi-retired bodyguard and serial womanizer played by George Clooney. It’s a shame that Clooney’s GQ-ready looks have gotten him pigeonholed as a serious dramatic leading man, because he does infinitely better work in screwball comedies like this and the other Coen films he’s done, O Brother, Where Art Thou? and the underrated Intolerable Cruelty. In his “serious” roles, Clooney always feels a little one-note and stiff; here, even more than in previous Coen collaborations, he’s positively unhinged. Saddled with a recurring verbal tic and mild hypochondria, he talks fast and uses the same cheesy lines to every woman he meets; he handles kitchen knives and handguns with equal disregard for safety; and he builds a machine in his basement that’s too hilariously perverted (and unexpected) to give away here. He’s nearly matched by Malkovich, who gives one of his characteristically over-the-top performances replete with brow massaging, screaming, and a painful over-enunciation of French words.

There are couple moments and characterizations that can’t help seeming overzealous, however, even within Burn After Reading’s consistently hysterical tone. Brad Pitt isn’t a graceful enough comic actor to pull off a walking cliché like Chad, and he isn’t helped by the ham-handed costuming decisions—did the Coens really need to give him a skunk-toned pompadour, iPod headphones, a rearview mirror on his bike helmet, and a constant Jamba Juice smoothie cup? Or give him multiple instances in which to dance buffoonishly to bad techno? If anything, the Chad character is too recognizable a type (the immaculately accessorized gym employee nincompoop) for the film’s go-for-broke tone. The other characters, quintessentially Washingtonian as they may be, exist in their individual self-important vacuums within the Coen universe.

That universe is so stuffed with inventive details and characters (there are great, emotionally succinct supporting performances in Burn After Reading by Richard Jenkins and J.K. Simmons) that it’s no wonder even a “minor” movie like this one is made (and the Coens wrote it, too) with such verve and artfulness. Burn After Reading has a narrative economy that’s lamentably foreign in today’s cinema; watch the way entire relationships are believably built on scenes, many featuring Clooney, that last mere seconds and include only one word. Or watch how even the drab federal architecture and interior decorating of gray Washington are made visually compelling—a feast of sharp angles, rich colors, and sleek gym fluorescence—by cinematographer Emmanuel Lubezki. Observe how the humor sneaks in on multiple levels, from slapstick violence and sexual embarrassment right on down to the soundtrack; frequent Coen collaborator Carter Burwell takes the traditional espionage thriller route and scores the film mainly in pounding, relentless drums that occasionally lapse into “I Want Candy.”

Burn After Reading is a celebration of all things Coen, and a reminder, as if one was needed, that they are truly, defiantly American artists. Their slapstick and satire again recall Preston Sturges (the title of Oh Brother, Where Art Thou? was a nod to his Sullivan’s Travels); their obsession with genre and willingness to indulge personal eccentricities recall Robert Altman; and their tidy visual sense and narrative economy recall Howard Hawks. I anticipate that Burn After Reading will be misunderstood as overly cynical or, worse still, as pointless (David Denby has already initiated the charge). Such a judgment would be a disservice to the Coens’ place in this legacy of American filmmakers, since one could just as easily (and ignorantly) saddle the same adjectives on Bringing Up Baby, Monkey Business, The Lady Eve, A Wedding, or The Long Goodbye. Rather than merely supplying their characters with eccentricities and mocking them for relative unhipness or inability to succeed (as is the current Little Miss Sunshine/Garden State/Margot at the Wedding vogue), the Coens’ movies are populated with moments of disarming personal realism: Jeff Lebowski taking language from TV news; Barton Fink or Ulysses McGill or The Hudsucker Proxy’s Norville Barnes taking refuge in repetitive catch phrases; their women’s routinely unfulfilled desires for children or respect, as in Raising Arizona and Miller's Crossing. In Burn After Reading, McDormand’s Linda explores a man’s wallet after sleeping with him on their first date, and the objects therein—a 7-11 gift card, a note from his wife—reveal depths of both their underhanded D.C. social setting and Linda’s ability to self-delude in her search for intimacy.

Burn After Reading is the equivalent of that shot within the Coen body of work—it’s not a technical leap forward like Oh Brother or a self-evidently important moral inquiry like Fargo or No Country For Old Men. Rather, it’s another eccentric entry in a career filled with them, and a movie that proves the filmmakers’ commitment to their ongoing, comprehensive personal vision. It’s a great film, and thorough.