The Break-Up and the Damage Done 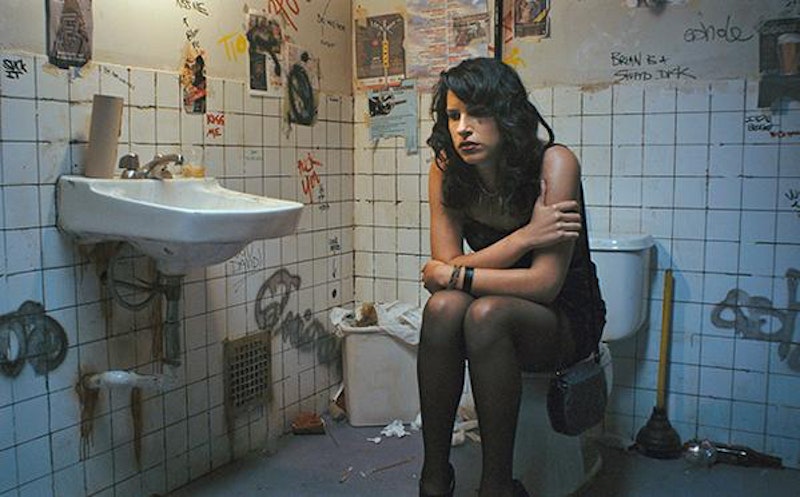 Appropriate Behavior, which Akhavan wrote and directed, is about feeling adrift, unmoored. A bisexual Iranian-American twentysomething, Shirin has issues: a family she hasn’t come out to, the end of a meaningful relationship, a journalism degree but no real career trajectory, the fact that she calls hipster-Hades Brooklyn home. The action cuts between the birth, life, and dissolution of Shirin’s relationship with the butch Maxine (Rebecca Henderson) and the present tense—a trawl of vignettes mopey, darkly hilarious, and sometimes both. Youth is largely portrayed here as a waking horror: invasive salespeople who nonetheless reveal you to yourself; the babysitting gig teaching film to small children with names like Groucho and Kujo; the spacey, stoner boss who’s constantly losing track of his kid and, during the handshake sealing your hire, grins “don’t fuck me over”; the successful, engaged sibling who slags you off in front of your parents; the promiscuous straight bestie who stands by you but is kind of a fool (Halley Feiffer, doing her best with a thankless role).

Akhavan embarks on enough detours into My Big Fat Greek Wedding territory to underline the differences between Shirin and Maxine but not so many as to risk cultural exploitation or farce. Tossed-off zingers constantly surface that take the piss out of the characters’ surroundings: "Jacques and I met at Occupy Chelsea"; "It's like we just stepped into Liberace's wet dream"; "You don't know what a cool Brooklyn loft looks like." Appropriate Behavior manages a weird trick: it is relatable yet profoundly unlikable, sentimental yet prickly, sincerely sweet yet almost self-aware.