Four Rooms Is as Bad as You’ve Heard 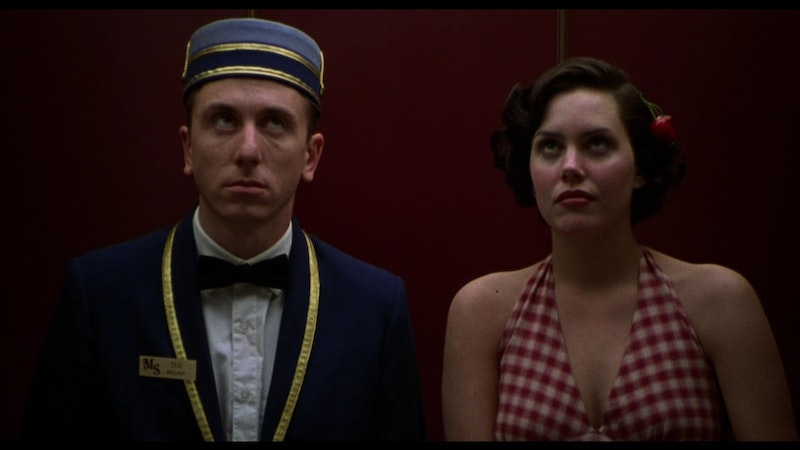 Ted (Tim Roth), the bellhop at a Los Angeles hotel, is halfway through a miserable New Year's Eve shift. In a fury, he rings his boss to complain; Margaret (Marisa Tomei), eyes locked on a video game screen, picks up instead. Irate Ted and stoned Margaret discuss Ted’s troubles in a wonderfully loopy scene that doesn’t go on long enough. “I got fucked by a coven of witches!” Ted spits. “You were fucked by an oven full of witches?” Margaret mishears. When Ted mentions that he was held at gunpoint, Margaret wonders what kind of gun it was, and how big? The scene fizzles out when Ted’s manager Betty (Kathy Griffin) wakes up and seizes the phone. In my fantasy, alternate-reality version of Four Rooms, the camera would drift away from Betty mid-monologue and chronicle Margaret’s futile attempt to determine where in the four-room apartment she left her weed. If only.

When Four Rooms opened in 1995, I sat it out: the reviews were damning, word of mouth was sour, and the trailer was an abomination. Blown away, earlier this month, by the rollicking anthology flick Wild Tales, it seemed as good a time as any to cross myself and try Four Rooms on for size. (I was wrong.) The conceit is very simple: it’s New Year’s Eve, crazy people are staying in a hotel, and Ted the green bellhop is the thread that ties together the separately-directed tales of the aforementioned crazy people. The tone is a high, shrill camp, with Roth ladling on quicks and affectations so thick that he’s almost impossible to watch onscreen—a problem, since he’s the focal point of this movie; it brought to mind much of what I loathed about Birdman, that theater-student brand of showy hyperactivity.

Roth jerks and twitches all through Allison Anders’ witch-coven conjuring, Quentin Tarantino’s wager-gone wrong shitstorm, and Alexandre Rockwell’s sex-game fiasco as actors you’ll recognize from better roles pop up to cash checks: pre-Sopranos David Proval, pre-Criminal Intent Alicia Witt, post-Pulp Fiction Paul Calderon, post-Say Anything… Lili Taylor. I did appreciate Robert Rodriguez’s chapter, in large part, because it seemed game to take an actual risk or three by casting children as antagonists in one of the most child-unfriendly plots I’ve even seen on-screen.

Overall, though, there’s an air of smug, victory lap self-satisfaction to Four Rooms, as though the then-ascendency of its filmmaking cabal guaranteed automatic accolades and sky’s-the-limit residuals that would ultimately never materialize. The movie eventually recouped a modest budget, but it’s mostly forgotten for very good reason; Tarantino and Rodriguez have done well for themselves, Anders and Rockwell less so, and it’s a safe bet that no one involved with Four Rooms is holding private, intimate home screenings of this movie.