Infinitely Polar Bear is genuinely heart-warming and without an agenda. 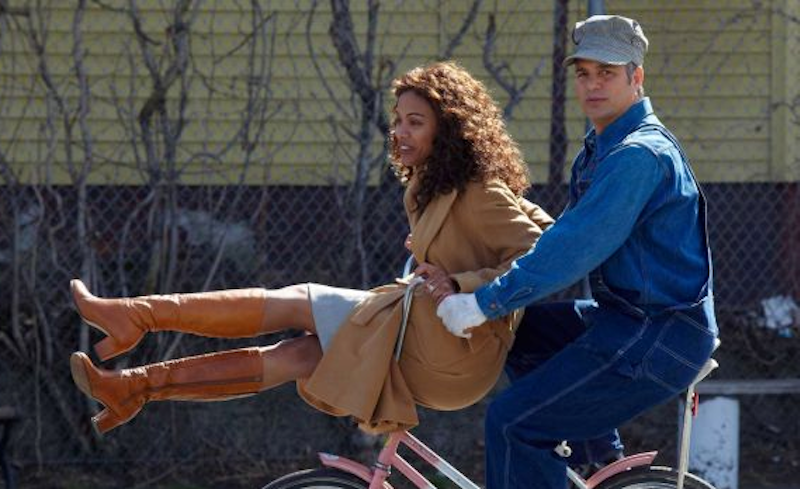 Cue the epiphany-core muzak: another feel-good movie revolving around mental illness. Infinitely Polar Bear has all the red flags of the worst maudlin pap about neurological nicks like manic depression (Silver Linings Playbook), alcoholism (Everything Must Go), Alzheimer’s (Still Alice), schizophrenia (A Beautiful Mind), and developmental disabilities (I Am Sam). Besides Everything Most Go, these were all Oscar-bait films, released in the fall and winter and scored with the world’s tiniest violins for maximum sympathy and obligation votes. The lead actors and actresses were gunning for nods, noms, and wins. Mark Ruffalo might’ve been seeing stars when he signed up to play Cam Stuart in Infinitely Polar Bear, but it’s taken a year and a half since its premiere at Sundance 2014 for a limited release—any hopes of wide recognition and Academy plaudits were probably pushed aside a while ago. The most off-putting thing about struggle-core is how blatantly it panders to liberal guilt and sentimentality and Academy politics, at the expense of showing whatever disease or disorder for what it is: the worst is Silver Linings Playbook.

This is not an event film, and it won’t be seen by nearly as many people as Silver Linings Playbook, which is a drag, because it’s pretty damn good for what it is. Sure, there’s the Sufjan Stevens-esque score that strays too close to the sound of a Honda commercial, and yes, in a nutshell this is struggle-core distilled: bi-polar dad has to prove that he’s a good father while his wife puts food on the table and spends her time in business school and applying for jobs in New York while her family stays in Massachusetts. Ruffalo’s character has a manic episode in the beginning, biking in a speedo in the dead of winter, chasing his family, cutting them off, and pulling the carburetor right out of the hood. But he’s a gentle giant, and pretty lucid throughout the film. He gets on Lithium, which helps, but there’s the problem drinking, which shows up just a bit. Thankfully, this is a low-stakes story—the ultimatums, the arrest, nervous breakdowns, and drunken blowouts are all placed at the periphery where they should be in a movie about a family.

Infinitely Polar Bear is an intimate movie about a dad with bi-polar disorder and his family. Unlike Silver Linings Playbook, his disease isn’t spectacle, it’s just a fact of life. We see Cam Stuart take care of his kids while his wife goes out to be the breadwinner, so that he can get better. We see him chain-smoke Lucky Strikes (my mom turned to me halfway through the screening and whispered, “I’m getting lung cancer just watching him”), sew skirts for his daughters, cook, clean (sometimes), and remain remarkably stable for a movie character with bi-polar disorder. Sure, it’s in the title, but the best part about Infinitely Polar Bear is how little it dramatizes or plays up Stuart’s mental health into some obnoxiously offensive histrionics to show how “crazy” he is. This is a really nice, and yes, genuinely heart-warming movie about a family in the late-1970s, and it’s worth 10 bucks to spend an hour and a half with them, just for their company, not their “craziness.”