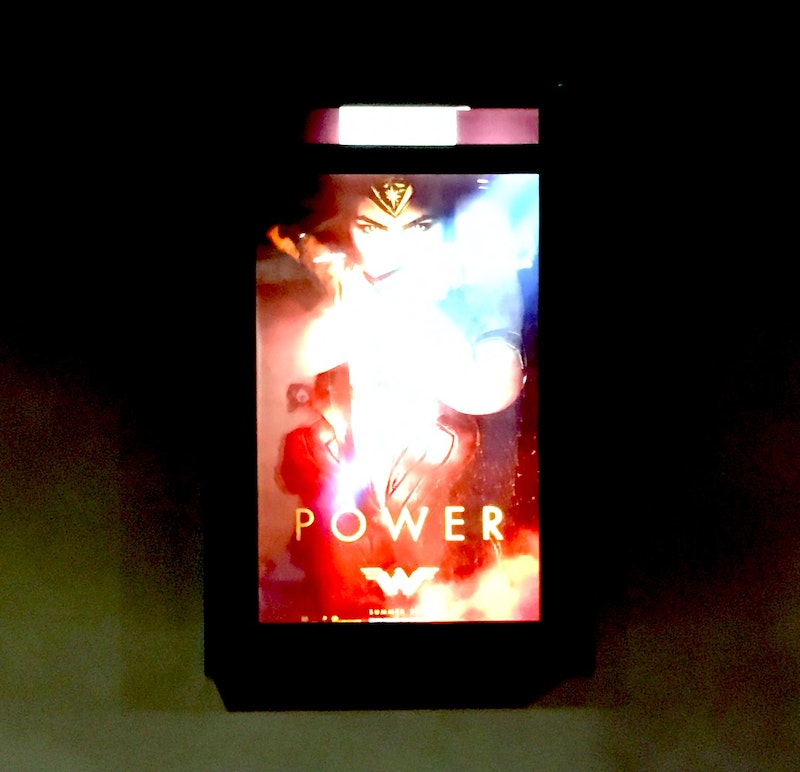 Gal Power: The new Wonder Woman movie has grabbed critical praise and wheelbarrows full of money—a cool hundred million and a half in three days. Patty Jenkins is the first female director in America to have a movie debut past $100 million, and suddenly everything looks good for female creators and directors in Hollywood. It’s certainly a better moment of validation for female directors than Kathryn Bigelow’s Oscar for The Hurt Locker and her subsequent nomination for Zero Dark Thirty, a pernicious and paranoid piece of propaganda, a film that left me with the same sick, abyssal anxiety and depression that follows any Al Qaeda or ISIS transmission over the nightly news.

The success of Wonder Woman, its star Gal Gadot, and Jenkins is great, but how far can you take a superhero movie? I was encouraged by universal accolades in the press and word of mouth, but I found the movie a bit dull, mired in the bleak landscape of World War I and smog-choked London (“it’s awful” is all Wonder Woman—er, Diana, has to say about the city). Our world is new to her, a native of an Amazonian paradise in a parallel universe (I was a Marvel kid, I didn’t know Wonder Woman was from a land beyond). It’s an origin story, a bit of a dredge, but it’s good—as far as I can tell. When I was watching Wonder Woman I was thinking about what it said about gender roles, sexism, and female empowerment. The fantasy here is that the paradise island of the Amazon is populated solely by female warriors. Walking out of the bathroom, I saw the poster down the corridor with its one big, bold tagline: “POWER.” And that manifests itself in war, in violence. I know, it’s a superhero movie, “total wish-fulfillment” for Patty Jenkins. Well, good! A sequel with a more saturated color palette, and origin story dispensed with, should make for even better dreams in a couple years.

Sleep to Dream: Making time to go to movies you know will be awful is good for the soul. Paris Can Wait, directed by Eleanor Coppola, was advertised with this quote: “A charming tale filled with food, good wines, and good performances.” Hook up the dialysis machine and join me in the anesthetic experience of seeing Paris Can Wait at a matinee filled with octogenarians. It reminded me of one of the movies described in Infinite Jest—maybe one of Himself’s arch genre exercises, but more likely one of the placating and completely empty entertainment cartridges distributed pneumatically to an increasingly agoraphobic and sedentary population.

Paris Can Wait amounts to nothing more than watching the beautiful people mulling over room service, having their morning coffee, pulling long inhales as if in a Folger’s commercial. Diane Lane and Arnaud Viard drive through France at a leisurely pace, always eating the best food, drinking the best wine, and having the best desserts. Lane’s husband, played by Alec Baldwin, is a workaholic that many of those in the audience might recognize, and so Coppola draws them into the evergreen fantasy of some fancy Frenchman sweeping them off their feet and treating them to a freewheeling, worry-free scenic tour of the most beautiful parts of France. They make out for a bit at the end, but Lane comes to her senses and so does Viard. Everyone gets to dream again, if only for 900 minutes. At 24, it’s a bit creepy for me, looking onward as more and more entertainment is catered to the lobotomized. Though they need their comforts, too. But it was fun—forecasting future tendencies? I was sick when I went in and felt better by the end. Long shots of the Danube and immaculate tray tables filled with croissants, coffee, orange juice, and tea actually do go a long way.