A star-making role for Gal Gadot. A- 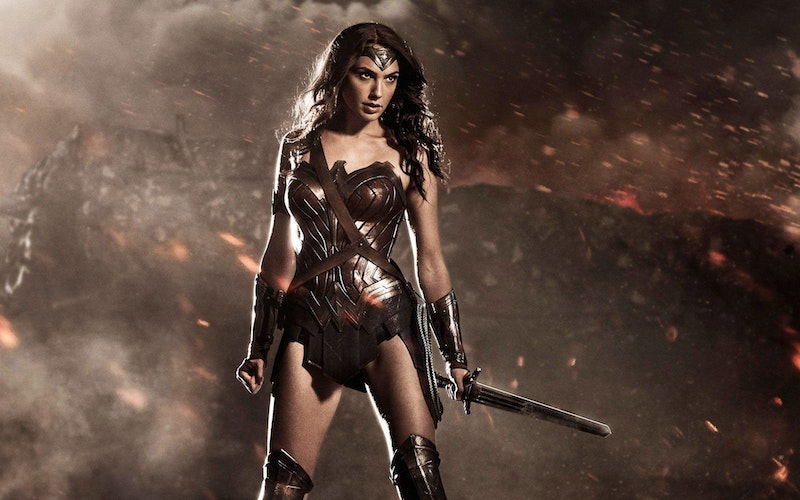 With Wonder Woman, the DC Extended Universe series finally breaks its long losing streak and comes up with an effort that’s wildly satisfying. All it took was changing absolutely everything.

The new film, directed by Patty Jenkins, abandons the gloomy look and feel of the DCEU movies to date, Man of Steel, Batman v. Superman: Dawn of Justice, and Suicide Squad. Unlike those films, it knows how to tell a story, how to assemble a scene, and how to stage an action sequence that’s not only coherent, but also exciting. It succeeds in introducing a team of characters and making it matter who they are and how they relate to each other. There’s even sunlight!

Most of all, Wonder Woman offers something missing from the previous DCEU movies—joy. But it’s an absolutely magnetic, star-making turn from Gal Gadot that really makes the film go.

The Wonder Woman movie—somehow the first live-action film in the 75-year history of the character—is a fairly straightforward origin story. We see Diana Prince coming of age on the all-female island Themyscira, along with her Amazonian mother (Connie Nielson) and aunt (Robin Wright).

Before long, World War I arrives, in the person of a bunch of invading Germans and later Chris Pine’s American spy. After a brief sojourn to London for some fish-out-of-water comedy, it’s all battle the rest of the way, as Diana comes to terms with her powers and seeks to defeat Ares, the god of war, while ending World War I in the process.

Patty Jenkins wasn't supposed to be the director; it was originally going to be Michelle MacLaren, who's known for having directed many of the best episodes of both Game of Thrones and Breaking Bad. Jenkins—who was replaced early on while directing Thor 2—stepped in to make her first feature film since Monster, 14 years ago. But she makes up for lost time, demonstrating a command of pacing, action, and storytelling that's been glaringly missing from previous DCEU movies.

The action is a highlight. There are two first-rate extended battle sequences, punctuated with Matrix-style effects. While the final action scene is weaker, it also isn’t based around either a slowly collapsing structure or a giant energy vortex in the sky, or whatever the hell it was Suicide Squad was trying to do in its third act.

Wonder Woman probably does the best job with a superhero origin story than any film of its kind since the first Iron Man, back in 2008. And beyond everything else, from the direction to the action scenes to the cinematography, that’s a testament to Gal Gadot, who’s as perfectly cast as any superhero in recent years.

She’s got a presence that’s something to behold, and not just her looks. Gadot commands the screen in every scene she’s in, and her chemistry with Pine is off the charts. Pine, as demonstrated in everything from last year's Hell or High Water to his recent SNL hosting stint, has emerged as a huge talent. The supporting cast also includes a multicultural battle unit in the tradition of old World War II movies, featuring Ewan Bremmer, Saïd Taghmaoui, and Eugene Brave rock.

Another refreshing thing? Aside from a minor framing device involving a letter to Batman, there’s no moment where the film pauses itself to set up the next movie. There aren’t any false deaths. There's not even a post-credit sequence. And ironically, one of the weakest aspects of the Marvel movies has long been anything involving Thor; Wonder Woman makes the God vs. God theme work much better.

Contrary to a bunch of weird conspiracy theories, critics aren't “biased” towards Marvel or against DC; it's just that Marvel, while not batting 1.000, has made better films ever since this big superhero Cold War started. But the truth is, most critics, myself included, just want better movies. Wonder Woman is a huge step in the right direction for DC, and has every chance of going down as a seminal superhero movie.