Garbage in the Woods

A Walk in the Woods is an awful movie redeemed only by Philip Seymour Hoffman. 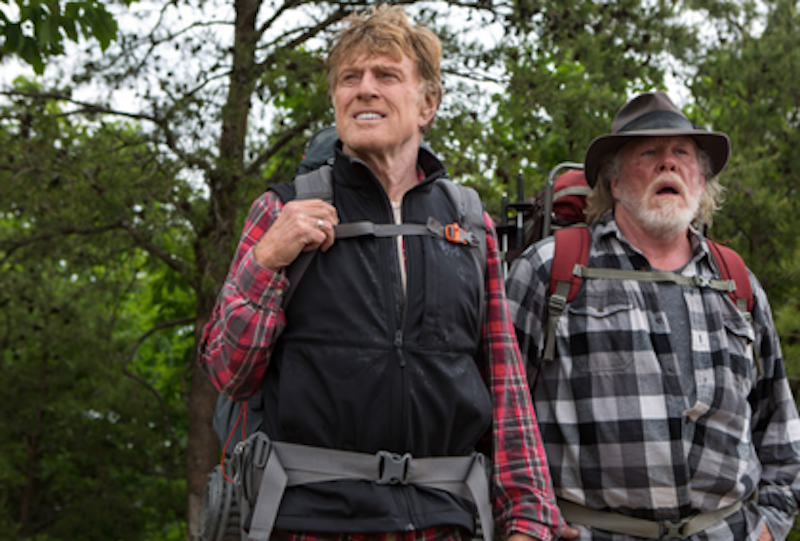 A Walk in the Woods is dollar-bin dog shit, an unintentional comedy of unfortunate famous people stuck with a crummy script. This goes well with The Happening, though it doesn’t come close to topping that movie’s deadpan ridiculousness. The adaptation of Bill Bryson’s book has been in development for 10 years, led by Robert Redford, who you think took this offer on a dare. He seems like he has Parkinson’s—otherwise his body language is bizarrely affected and stilted. The jokes don’t land, and the “sage advice” about women being wired differently and books being television for smart people just make everyone look bad. Redford is a mess: awkward, jittery, and senescent, like someone who wandered onto the set and didn’t know where he was.

I was pleased to see Philip Seymour Hoffman return after a 19-month hiatus from acting. Who knows where he went—the press at the time had him dead of an overdose, but I never believed it. He was doing an Andy Kaufman better than Andy Kaufman. Hoffman plays Stephen Katz, Bryson’s hiking mate on the Appalachian Trail, a last resort companion after all of his other contacts blow him off because he’s a miserable misanthrope that no one wants to spend five minutes with, let alone six months. Katz is all slapstick: blubbering, bumbling, tumbling all over the place, with his life in pieces, unlike Bryson, armed with the wife, kids, house, published books, but missing a satisfaction he can’t quite identify. Senior citizen crisis—of course A Walk in the Woods is aimed squarely at a certain over-65 demographic, and there were plenty of people with high-waisted pants, plaid shirts, thick glasses, and hearing aids at the matinee showing that I saw.

This movie sucks, but it’s an enormous relief to see Hoffman back on the big screen, even if he looks a little worse for wear. He’s really put on a few, and his complexion suggests he hasn’t gotten off the spike yet. But who am I to judge? I want the man to work—he’ll forever be my hero for Synecdoche, New York alone. As always, Hoffman elevates the irredeemable and makes A Walk in the Woods tolerable and frequently hilarious. He knows he’s taking the piss and winning America back—most people still think he actually died. No matter. He’ll be back in fine form in whatever the next Paul Thomas Anderson or Charlie Kaufman film is. Hoffman could’ve allayed my anxiety a little by doing press for this movie or at least making some kind of announcement regarding his return to acting, but I’ll take what I can get from the greatest living American actor. I trust that viewers will be able to see his performance in A Walk in the Woods for what it is: a soft opening, a graceful reprise, and a second beginning to an already brilliant career. Listen up, Philip: you’re on the right track.