Learning more about both Robert Downeys with the new documentary Sr. 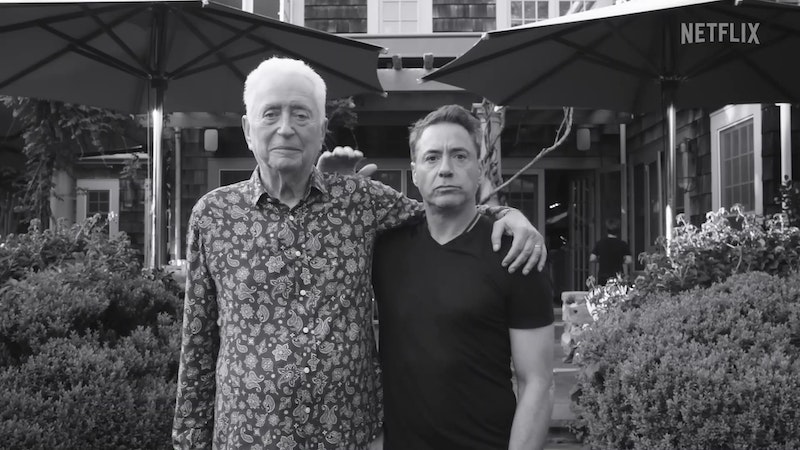 Everyone knows who Robert Downey, Jr. is: a great actor that has come to symbolize 1980s excess and decadence, a person who has miraculously healed himself from years of addiction, and whose film career has continued to grow. He’s often kooky and weird, and outspoken, a man in charge of his own existence. His performances reflect some of these characteristics as well. But who is Robert Downey, Jr.’s father?

People may have heard the name “Robert Downey, Sr.,” but they don’t know much about him. In his new documentary, Sr., Robert Downey, Jr. aims to change that. In it, we see that Jr. comes from a family of actors and filmmakers, but his experience in film as a child was anything but ordinary. Sr. is known for making some of the most subversive and absurd films, capturing the culture and the spirit of the times with a dose of his own talent for weirdness, absurdity, and anti-authoritarianism.

The documentary was made over the span of three years, leading up to Sr.’s death (Robert Downey, Sr. died on July 7, 2021 at 82) from the complications of Parkinson’s disease. All of this is recorded in the documentary, yet Jr.’s choices of scenes and questions are intertwined with Sr.’s wish to have his own film cut. As much as the documentary is about the relationship between father and son, it’s also about the process of making films. As Jr. is making his own aesthetic choices on what should go into the film, Sr. is doing the same. Yet the two men are somehow working together in this seeming separation.

Jr. does an excellent job at showing Sr.’s oeuvre, and doesn’t mince words about his films. They are weird, underground and products of a singular imagination. Not many people can relate or even understand what’s going on most of the time. The notion that the plot in some of Sr.’s films is forgotten or disregarded exists, and that the plot should be “Sanborn’s sax,” which according to Jr. is another level of beautiful strangeness.

Yet, even hearing that the “plot is Sanborn’s sax,” that the film is some ontological representation of music makes sense, despite the strangeness of the statement. Whether his films are understood or not, Sr.’s character reveals a thirst for freedom. He doesn’t want to be owned by anyone.

Jr. doesn’t neglect the fact of how his father’s erratic life, which was stained by cocaine and marijuana use, has affected him. Jr. became an addict himself and it took him decades to get himself out of that pit of despair and darkness. Sr. is very honest and regrets his decisions and confusions that he experienced, and passed on to his son.

What makes such scenes poignant is the fact that Sr. is ill, and we see the progression of Parkinson’s. Even at his weakest, he’s trying to piece his life together, just as he’s slowly but surely working on the documentary edits. He’s not making any excuses for his past and Jr. is lovingly accepting this openness.

It’s clear that Jr. has searched for structure, order, and stability from his father for much of his life. His parents were divorced which made matters more complicated and difficult. The most touching moment in the documentary comes at the moment of beautiful revelation: a metaphysical and physical change in Sr. after he met and married Laura Ernst. It was a marriage and love that was enveloped in a great tragedy because Laura was diagnosed with Lou Gehrig’s Disease.

It was at this moment in his life that Sr. turned his life around and moved out of self-centered, inward existence simply because he was called to task to take care of another human being. In her tragedy and illness, Sr. became fully human again. Jr. reveals that time period had a great impact on him because of the stability that he experienced. Although it would take him another 20 years to quit his own addiction habits, Jr. sees the clarity of Sr.’s life.

In many ways, it’s impossible to reconcile the abandonment that Jr. felt as he was growing up. There’s no neat conclusion to such a life, no Oprah-esque moment of perfect resolution and forgiveness. Both Sr. and Jr. know this, yet there would be no Robert Downey, Jr. as we know him—in his talent and his own beautiful strangeness. Jr. is also wise enough to see that the entire documentary has been a reflection on the meaning of death, and an uneasy and loving relationship between father and son. It’s in this acceptance that Sr. contains a multitude of meanings.