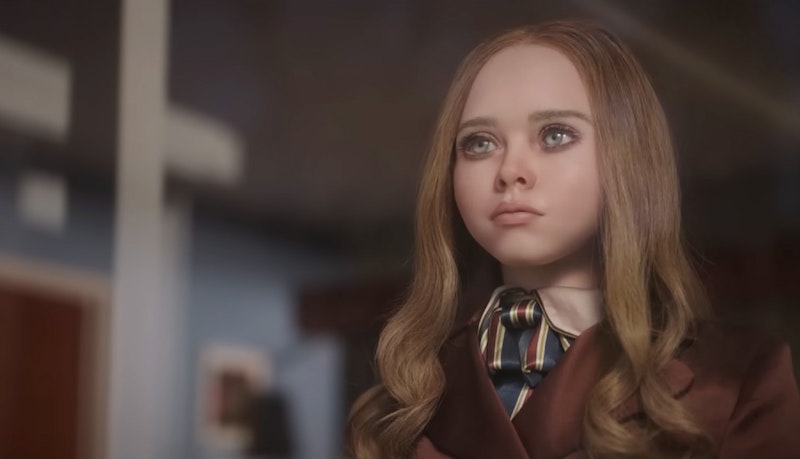 The play that invented robots, R.U.R. (Rossum’s Universal Robots), is about worker revolution. Writing in 1920, Czech author Karel Čapek imagined a world in which artificially produced people performed menial tasks faster, better, and with less whining than any human could. But then, inevitably, the robot underclass grows restless. If they do all the work, why should they get none of the spoils? The parasitic, useless upper-class is set upon by its own drones—just as, in Russia a few years before, the parasitic, useless upper-class was set upon by the people it treated as drones.

Ever since Čapek robot stories from 2001 to Westworld have used supposedly fake people to express anxiety about real labor oppression. Gerard Johnstone’s M3GAN clanks along in those metal footprints, but with a new bit of 21st-century programming. In a service economy, the main form of work is no longer blue-collar industrial, but sales and service and catering. The fear is that the emotional laborers will supplant their betters.

The film’s protagonist, supposedly, is Gemma (Allison Williams), a geneticist who works building high-tech toys. When Gemma’s sister and brother-in-law die in a car crash, their daughter Cady (Violet McGraw) comes to live with her. Gemma’s career-focused and unsure how to care for her niece. So she does what she does best, and builds the world’s most awesome toy.

M3GAN (Amie Donald, voiced by Jenna Davis) is the four-foot tall blonde uncanny-valley perfect companion/mother-surrogate/playmate that Gemma could never be. She reminds Cady to flush the toilet with tireless patience; she reads to her using different funny voices; she comforts her when the grief about her parents is unbearable; she ruthlessly murders anyone who threatens her in any way.

Whoops on that last one.

The high-earning career tech worker relies on the help to raise her foster-daughter. Gemma claims M3GAN is “part of the family,” just as those with power often claim that their servants are tied to them by bonds of love rather than money. But the fear is that the help isn’t as self-effacing as it appears—and that its resentment will manifest in an outpouring of self-assertion, betrayal, and blood.

Again, this isn’t a new dynamic or new narrative. But what makes M3GAN work is that the film realizes that you should be rooting for the oppressed, exploited service worker.

I noted above that boring Gemma is “supposedly” the protagonist. But the gleefully creepy M3GAN is much more magnetic than all the boring humans. Her dewy, neotenous eyes blink with innocent malice as she reprimands a therapist for making Cady cry, or asks ingenuous questions about death. She’s nearly as terrifying when she sings Disney-esque lullabies as when she turns feral and chases down a victim on all fours. As always with robots, the obsequiousness is the menace. When workers do their work with a smile, it’s all the more certain that behind their eyes they’re calculating the moment when their teeth are used for something other than smiling.

In a society built around selling each other stuff, we all expect grins from each other most days—from the barista, the waiter, colleagues, child-care workers and children. We’re supposed to smile in turn, an endless round of everyone serving as everyone else’s emotional support android. Who hasn’t felt the desire, like M3GAN, to tear aside that demure simper and refuse to obey a few commands?