One Last Saturday Night at the Parkway 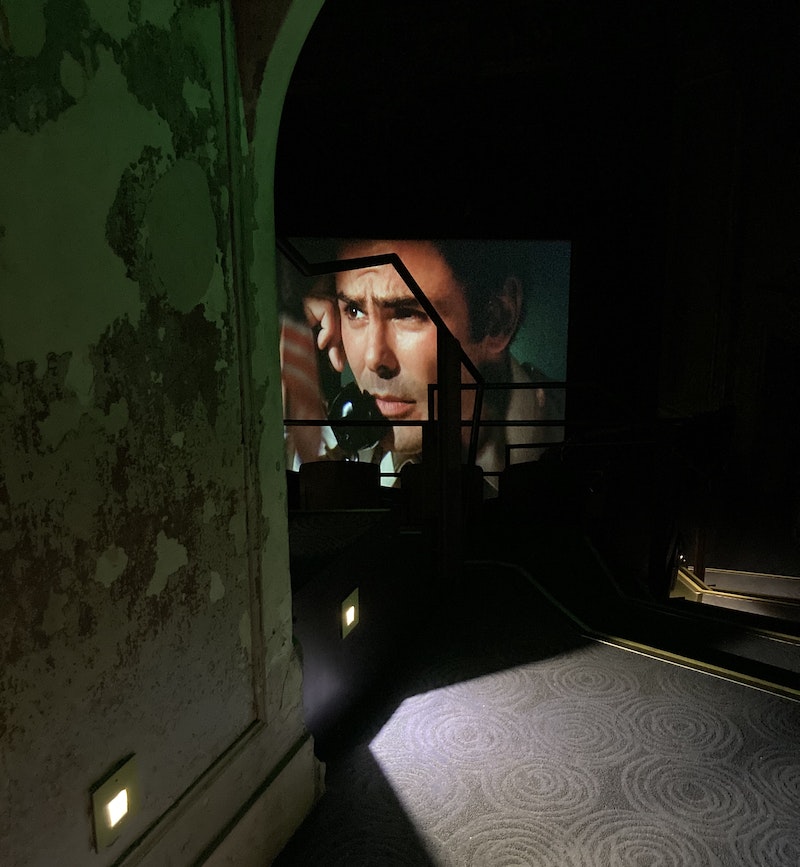 After half a decade of construction and local anticipation, The Parkway Theater reopened in Baltimore on North Ave. and N. Charles St. in May 2017. Spearheaded by the Maryland Film Festival, millions of dollars were spent restoring a grand movie palace originally opened in 1915, when D. W. Griffith’s The Birth of a Nation grossed $10 million, just a bit more than the $147,600 made by the second most successful movie that year, Cecil B. DeMille’s Carmen. Loew’s took it over in 1926, and until 1977, the Parkway played movies. For 50 years, it sat dark—and then Agnès Varda’s Vagabond played for a full house at the 2017 Maryland Film Festival, the first 35mm film print to be projected in there for half a century. It was a beautiful night, and through the past five years, I saw a lot of great revivals at the Parkway: Female Trouble, Barry Lyndon, Lolita, Baby Doll, 9 to 5 (all on 35mm); Scarlet Diva, Funeral Parade of Roses, Scum, Mulholland Drive, Wendy and Lucy, All That Heaven Allows, Groundhog Day (on Groundhog Day 2020), and just last year Sign o’ the Times.

I saw one of my favorite movies at the Parkway three times during its initial run, and would’ve gone more if it ran longer than two weeks: Jean-Luc Godard’s The Image Book, whose 7.1 surround sound and abrasive montage was served perfectly in both of the Parkway’s smaller screening rooms upstairs. I saw two of my favorite movies of 2022, Catherine Called Birdy and Funny Pages, at the Parkway; and just under five years ago, I saw a movie by Hong Sang-soo for the first time, Claire’s Camera—which I hated, but, like so many things I can’t stand at first, came to love, along with most of Hong’s many other films. Wobble Palace and Recorder: The Marion Stokes Project stick out as the two best I saw during the Maryland Film Festival’s three years at the Parkway; although the theater reopened in late-2021, attendance didn’t pick up post-pandemic quite like it has at The Senator and The Charles (the latter of which is just two blocks away, bad for business in any era).

The last picture show at the Parkway—for now—was Joe Dante’s 1984 kids toy classic Gremlins, which drove the MPAA to create the PG-13 rating, and which I still haven’t seen. I was going to go to the Parkway’s final screening, but no matter how much it scared British people 39 years ago, Gremlins is a giddy movie, and there’s nothing giddy or fun about a movie theater closing. Even if the Parkway’s nonprofit status will (presumably) keep it from falling apart—as far as I know, it’ll still be maintained after it’s closed—it wasn’t going to be fun sitting there watching a fun movie with (presumably) almost no one else in the crowd, waiting for the end, not because Gremlins is bad (I still don’t know), because it’s such a waste. It’s a gorgeous theater and it shouldn’t sit empty.

I may have missed the last picture show, but I did go to the second-to-last screening, a 7:30 p.m. showing of Bob Clark’s Black Christmas on New Year’s Eve. The 1974 film, starring Olivia Hussey, Margot Kidder, and Keir Dullea, is the earliest modern American slasher film, Psycho excepted, and I’d never seen it. Neither had the half dozen or so people in the huge domed theater, at least judging by how they reacted to John Saxon’s deadpanned delivery of “The call is coming from inside the house,” a cliche that would’ve gotten the same reaction 50 years ago. Bob Clark went on to make Porky’s and, improbably, A Christmas Story in the 1980s; despite being relatively unknown even to film fans, Clark reinvented three major genres for the American cinema: horror, sex comedy, and the Christmas movie. Reginald H. Morris’ silky night photography and the cramped, “spooky” house that somehow doesn’t becoming boring after 98 minutes make this a nice Italian jumpstart post-giallo but before American horror masterpieces like Carrie that would come just a couple years later.

(The Texas Chain Saw Massacre also came out in 1974, but the conditions of its production are as removed as its quality and influence are from Black Christmas; Tobe Hooper’s film is perfect, and made like a snuff film, while Black Christmas was a proper independent film production which could’ve been scaled up without suffering, unlike Hooper’s film.)

Before the movie started, I took some pictures for CinemaTreasures.com. I hope the Parkway will reopen again soon, if not as a first run commercial theater, then as a revival house, or, maybe one of the two very flush universities nearby could underwrite it and show whatever they want. Until then, the dome is dark on North Ave. once again. Despite Hollywood’s dire presence, I somehow doubt that it’ll be another 50 years before the Parkway projects again.