Let Them All Talk, Steven Soderbergh's latest film, experiments more with form than technology, a rare Hollywood movie shot in international waters. B 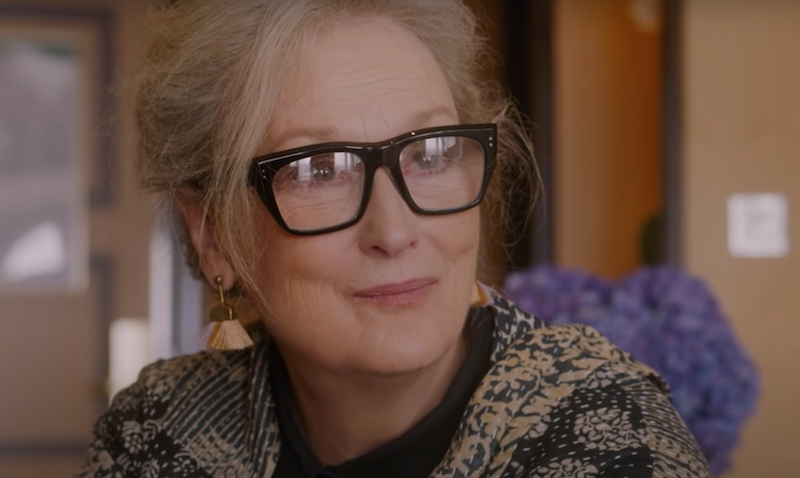 Steven Soderbergh, since returning from his multiyear "retirement" a couple of years ago, is more experimental than ever. He shot two films entirely with iPhones, including the fine NBA lockout drama High-Flying Bird, and also made a more conventional heist film, Logan Lucky, that had more to say about Appalachian poverty and hopelessness than 1,000 Hillbilly Elegies. Soderbergh had a whiff last year with The Laundromat, a star-studded drama about the Panama Papers scandal that probably would’ve worked better as a multi-part series.

For his latest film, Let Them All Talk, Soderbergh has experimented more with form than technology, with a rare Hollywood movie that was shot in international waters. It’s also a significant improvement over the Meryl Streep-starring streaming film he made a year ago. Let Them All Talk was filmed entirely aboard the Queen Mary 2, over the course of a two-week voyage with his cast alongside the ship's regular passengers. No iPhone cameras this time, although as usual, Soderbergh did all the cinematography and editing himself. Also, the actors improvised most of the dialogue. The film was shot prior to the pandemic, although it’s likely Soderbergh spent all or part of 2020 making some other top-secret unconventional movie.

Overall, it's an enjoyable film, which set a high degree of difficulty for itself and didn't disappoint. It also stars a mostly older female cast, with some performers who, like many of that cohort, aren't cast nearly enough these days.

The film stars Streep as Alice, a famous novelist who, after she’s invited to receive an award in London, decides to take a sea voyage there. She brings along two of her old friends (Candice Bergen and Dianne Wiest) as well as her nephew (Lucas Hedges), who’s on the boat as her assistant.

The women all have years of built-up resentments with one another, related both to Alice's success, and to her having lifted the friends' own stories as inspiration for her most popular book. Meanwhile, a literary agent (Gemma Chan, from Crazy Rich Asians) is on hand to try to figure out if Alice is writing a potentially lucrative sequel to her hit book. And the nephew makes clumsy attempts at romancing the agent.

The film, written by short story writer Deborah Eisenberg, is billed as a comedy, and while there are scattered laughs, it's more of a drama and character study. But it's carried by strong work from all of the actresses—especially Bergen and Wiest, who play the kind of meaty roles that neither has had on screen since sometime in the early-1990s. Hedges delivers the sort of nervously stammering performance that's slightly different from the one he usually gives. As for Streep, if you enjoy her in her occasional turns as a not-very-pleasant person, this is her moment, between Let Them All Talk and Netflix's The Prom.