Free at Sea at Last

Rose Island (now available on Netflix) is a fine film about a very eccentric and independent Italian man who built his own island with its own laws. 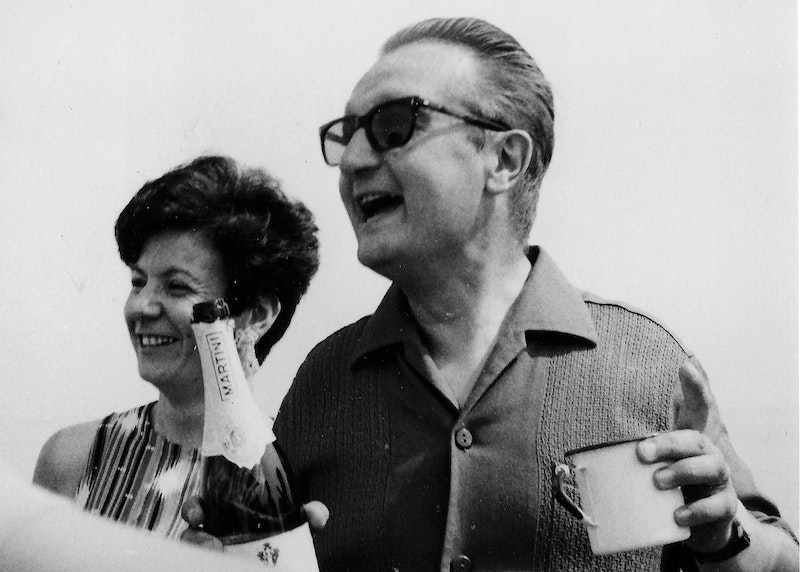 Have you ever been frustrated with the state of the world, its chaos, rules, and regulations? Have you ever wanted to escape on an island, away from all the people who are imposing those arbitrary rules that entirely limit your own freedom? Did you ever think about building your own island where you can do anything you want? It sounds far-fetched but that’s what an Italian engineer, Giorgio Rosa, did in 1967 on the Adriatic coast, near a town of Remini.

This strange story is the subject of a new Italian film, Rose Island (Italian: L’incredibile storia dell’Isola delle Rose, 2020), directed by Sydney Sibilia. Frustrated with the suffocating Italian society that not only was interested in imposing ultra-conservative values (contra the youth revolution of 1968) but also silly restrictions (such as car registrations), Giorgio Rosa (Elio Germano) decides to build a steel island far enough from the Italian soil, in undefined, international waters. An engineer who was stuck in meaningless jobs that couldn’t appreciate his genius and originality, Rosa designs and constructs a structure that resembles Corbusier’s modernist masterpiece, Villa Savoye.

He’s helped by his friend, Maurizio (Leonardo Lidi), who’s more interested in drinking than building. But the structure is built and Rosa declares it an independent state. The island gains a lot of attention, especially from a German man (no longer welcomed in Germany and who has been denied his German citizenship), W. R. Neumann (Tom Wlaschiha), who decides to turn the island into a tourist attraction. Soon, all the people who desire freedom begin to flock to the island, which quickly becomes, more or less, a bar and a disco.

At first, the Italian government pays no attention until the United Nations contacts the government with a serious matter. Apparently, Rosa has asked the UN to see if he can receive recognition as a “micro-nation,” and “independent republic.” The Italian government, including the Vatican, begin to take this very seriously. Through political maneuvering, they manage to destroy Rosa’s efforts at creating an independent state, eventually blowing it up.

The film takes a light-hearted approach to this real historical event. It’s produced by Netflix and not merely distributed, as is often the case with foreign films. It’s a fun comedy with a bit of romance. The film producers, as well as the director, use aesthetic cues and tropes that indicate the time period. The color of the film denotes the 1960s, the music soundtrack of the revolutionary generation permeates the film, and clothes and hair are perfect.

The ministers of the Italian government are portrayed in a comedic way and ironically, as if they’re political dunces who can’t possibly understand the youthful desire to be free. They have, supposedly, forgotten how it feels to be free and young. Yet, these portrayals are never two-dimensional caricatures. Rather, the audience laughs at their inadequacy and incompetence, completely indicative of any bureaucrat. Even the ministers’ facial expressions are exaggerated as if to remind us that behind every authoritarian hides mediocrity and stupidity. This isn’t as far-fetched as it seems. Rosa is trying to do something new, especially with the innovation of building an island in the middle of the sea. It’s clear that someone like that may not be able to exist in a society that refuses to have an honest look of what it means to be a full and creative human being.

The real story of Giorgio Rosa is more complex. When he built the structure, Rosa was married and had a young son, who often accompanied his father and spent the time on the island. In the film, he’s single with a love interest, who does end up being his wife. In real life, Rosa was driven by a sense of not only personal freedom, but more so, technological liberty, and less of the revolution of the 1960s. Rosa, who died in 2017 at 92, was a man who reveled in invention and innovation. The film omits this, and instead of focusing on the interior struggles of this brilliant engineer, it creates a bigger cultural and societal picture of how the world dramatically changed in the 1960s. Ultimately, the film is not about Rosa. Rather, it’s using Rosa’s great feat as a lens to glimpse the ‘60s upheaval.

But one can’t fault the filmmakers for this. They’ve stated that it was difficult to get an insight into Rosa and others that surrounded him because he wasn’t interested in talking about himself but about the design of the island. This is one of the reasons why they chose an aesthetic and stylized route in order to tell Rosa’s story. Despite the fact that some liberties were taken with the facts, Rose Island still achieves bringing Rosa’s story into the world, and making an enjoyable comedy that has plenty of hilarious one-liners, accompanied by the facial expressions only an Italian can create. At no point does the film enter into a category of superficiality or a stereotype. Instead, the audience will be pleased with a vision of one man’s search for freedom.