George Miller's Three Thousand Years of Longing and academic brain drain at what used to be called Calvin College. 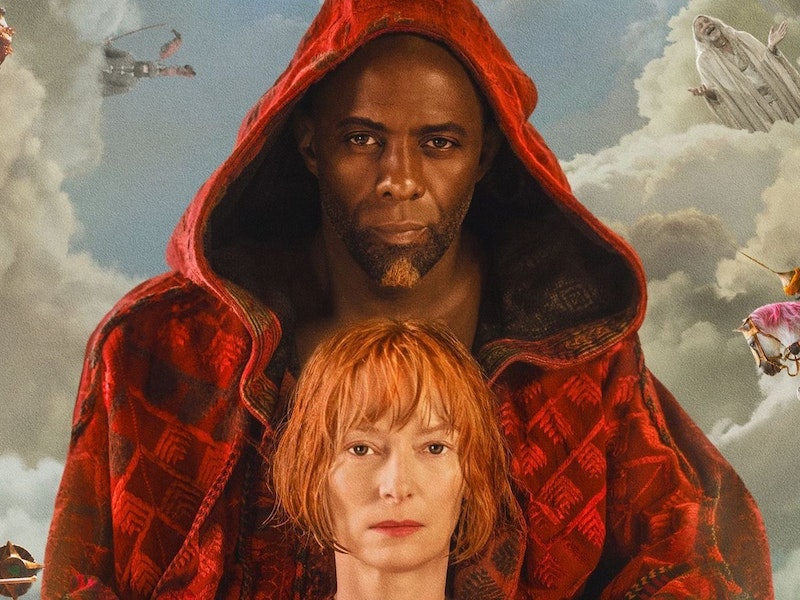 George Miller’s 2022 fantasy epic Three Thousand Years of Longing begins with Tilda Swinton’s Alithea saying, “This is a true story, but you’re more likely to believe me if I tell it like a fairy tale. So, once upon a time…”

So, once upon a time, I attended a small liberal arts college in Grand Rapids, Michigan called Calvin College. There are pros and cons to every institution, you really just have to pick one. Maybe it’s the one offering the best financial aid, location, or where more of your friends are going (or where fewer of your friends are going). I chose Calvin because at the time they had an extensive concert series featuring artists I knew and loved (David Bazan, Neko Case, Fleet Foxes, The National, John Mayer, Joanna Newsom, Liz Phair, Sufjan Stevens). During my time there, I rarely went more than two weeks without seeing a show on campus.

At first, I was naive. From my perspective, this seemed like a haven of art, conversation, and creativity. Not just the concerts, but the Student Activities Office (SAO) also organized film screenings, writing festivals, and other events. I spent most of my time surrounded by the humanities because of my English major, and most of my friends were studying English, Theater or Film. And I’d transferred from a community college with enough science and math that I never had to set foot in a STEM building at Calvin. I even had a sense from the leadership of the college that all of the most powerful people were also storytellers interested in beauty and justice.

Then, my last year there, significant cuts were announced in key departments. The Theater major was cut, along with the Classics major; the Latin and Greek programs were reduced, and several faculty who’d been supporting those programs were ushered out. These were mentors, leaders, and partners in search of truth and meaning—gone. And first, it felt like it was done to save money, which was awful, but understandable in a practical sense—until expansions to the engineering, science, and business programs were announced shortly after. We could see that this wasn’t about good stewardship, but shifting priorities.

It didn’t end there. A few months after I graduated, the SAO was downsized and Ken Heffner, the man who led that program to prominence over more than 20 years, was essentially told to retire. Ken was beloved by the student body, and his contributions to the music scene of Grand Rapids and the culture on Calvin’s campus can’t be overstated. He thinks carefully about how to approach art, what makes art good, and how we might be able to understand what art is saying (or not saying). And he was so good at helping others grow in these capacities—I wouldn’t be the person I am today without his influence.

These losses were devastating, shortsighted and unjust. To believe that following a money trail toward STEM is more valuable than cultivating the arts is fundamentally foreign to me. In a matter of months, I didn't recognize a place that served as the foundation of who I am and how I see the world. It even changed its name—it’s Calvin University now.

I remember thinking that those lost majors and programs and faculty weren’t just lost opportunities for students, or fewer concerts to see. They were institutional losses because now, the kinds of people who want to study theater and Greek, who want to discover music and films through Ken's work aren't going to apply anymore. Those programs are attractive to students like me. Without those options, we’ll look elsewhere.

The kinds of people who are passionate enough about Theater and Greek to major in them are generally not the same as those who can just switch to engineering or nursing. They see the world differently. And that kind of diversity is what makes a liberal arts institution (when properly observed) much like a garden for ideas. When marginal interests are cast aside in favor of the majority, culture becomes monolithic. Without institutional support, people who think differently, talk differently, dream differently, imagine differently and love differently won’t be around anymore.

And this is what I thought the story of Idris Elba’s Djinn was showing me over the course of Three Thousand Years of Longing: the fact that modern society is guided by science reason and mathematics, and everything has, in a short span, brought about a "better" world, a world we understand that we can quantify and define. A world where we can eradicate (some) diseases, travel at breathtaking speeds, eat all kinds of food throughout the year, and see stars that died billions of years ago trillions of miles away. It's a world that many have wished for—here it is. But the consequence of all of those wishes, the result of all our brilliance, is that we no longer live in a world where we need to tell stories. We don't need myths to make sense of the world anymore. We don't have to imagine causes: we can deduce them.

This may help some people sleep at night, but it has made us less likely to explain things via stories, and more likely to jump to a “logical” and “rational” explanation for why things are the way they are. Maybe it’s made us smarter, but it’s dimmed the lights of our imagination. In Miller’s film, we learn that the Djinn are born of fire, and we’ve taken that fire out of the realm of mystery and wonder and created worlds of fire devoid of soul. The fact that the transmission, noise and power of electromagnetic interference proved inhospitable to the Djinn is a harbinger: soon we’ll have invented ourselves out of imagination.