A Man Called Otto belongs to a terrible sub-genre: a drama in which an aging Hollywood legend plays a really mean old person who treats everyone like shit for the first half of the movie. 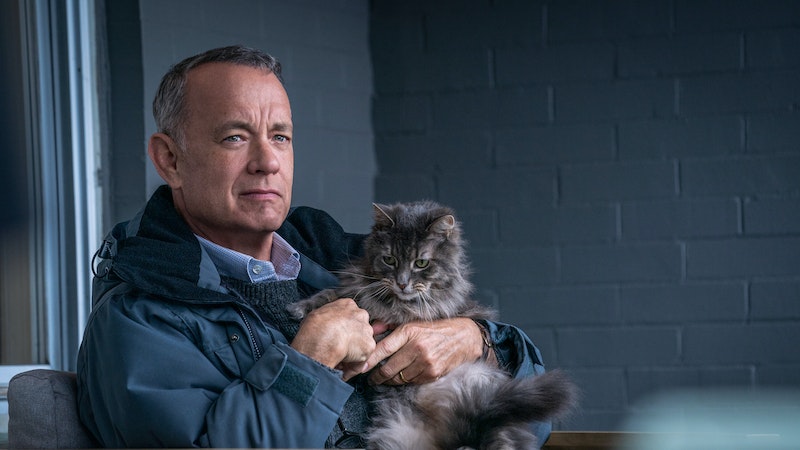 A Man Called Otto belongs in a sub-genre that's one of my least favorite: a drama in which an aging, late-career Hollywood legend plays a really mean old person who treats everyone like shit for the first half of the movie, before gaining a heartwarming redemption arc at the end. This type of movie often sucks because it's punishing, subjecting you to this miserable schmuck, and biting off more than it can chew before the redemption kicks in.

Gran Torino is the one movie that does it right, mostly because Clint Eastwood was willing to make his character look awful, while nailing the redemption part. Other attempts, most notably the Shirley MacLaine version (The Last Word) and the Bill Murray one (St. Vincent), were terrible. I wasn't too optimistic about A Man Called Otto, especially since Tom Hanks isn't the most intuitive choice to play an elderly asshole. The film, while it does a lot wrong, at least lands the redemption part.

A Man Called Otto is a remake of A Man Called Ove, a Swedish film from 2015 that was adapted from Fredrik Backman’s novel of the same name that was published in 2012. I haven't seen the Swedish version but I gather the new movie is fairly faithful. Hanks plays Otto, a recent widower in what's either Eastern Ohio or Western Pennsylvania, miserable and suicidal following the recent death of his beloved wife. Between gauzy flashbacks to their young love story in which the actor's son Truman Hanks plays the young Otto, the modern-day Otto is an ornery old man who complains constantly about kids these days, in between frustrated suicide attempts.

Eventually, he begins to soften, when he meets a family of Mexican-Americans (led by pregnant matriarch and frequent scene stealer Mariana Treviño), who appear helpless without his home repair and babysitting skills. Otto eventually gets more ingratiated with his small neighborhood, as they battle an evil real estate company (in the person of a smarmy stooge, a role well-cast with comedian Mike Birbiglia).

It ends on a heartwarming note, one that the film for the most part earns. But there missteps, and a lot of it has to do with the Otto character, who just feels off. Otto may be old and hostile, but there's not a hint of racism, sexism, or any allegiance to reactionary politics, and when he meets a transgender character, he's surprisingly progressive about it.

Tom Hanks is 66; this guy seems like he should be older than that, maybe 76. He has strong opinions, for instance, on American cars versus Japanese cars, the way men of my grandfather's generation did. It was directed by Marc Forster, who's had something of a middling career, making stuff that was very good (Stranger Than Fiction, World War Z), and not-so-good (Finding Neverland, Christopher Robin). A Man Called Otto is a middling effort.