Equity backfires, making an embarrassing case for women in roles of power. 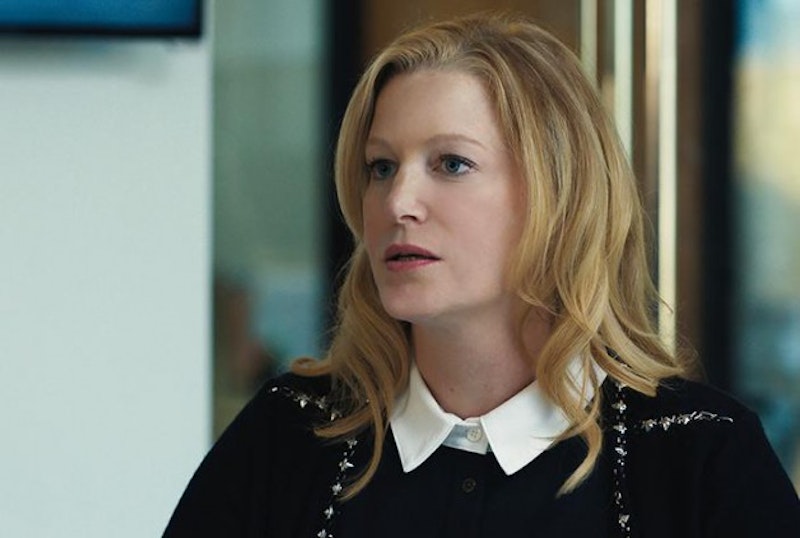 Director Meera Menon recently described her new movie Equity as “a movie about ambition and where ambition can toe the line into unsettling areas… I think it's a revolutionary idea to have a woman own her love of money and that be okay.” Can’t argue with that—the glass ceiling still exists in countless industries and subcultures besides Wall Street and Silicon Valley. In music, there’re a dismal number of female producers, recording engineers, and live sound engineers. Kim Gordon naming her memoir Girl in a Band was a piece of pointed irony highlighting the most asked question to any female rock musician well into the 21st century: “What’s it like to be a girl in a band?” As if you were asking a giraffe what it’s like to be a bicyclist. Many men act incredulous when confronted with first hand experiences and evidence from women in all industries that are slighted, insulted, ignored, and demeaned by other less noble men—but if you don’t notice the baked-in sexism and misogyny around you in an industry like music, or tech, or finance, you’re just not paying attention.

Equity backfires, making an embarrassing case for women in roles of power and ambition. Of course we need strong women everywhere, but this movie has none. Anna Gunn plays an investment banker named Naomi who’s shafted and denied promotions and pats on the back by her male colleagues and superiors, and Menon wants to portray her as a stifled force of nature, but she’s exceedingly bad at her job in all the worst ways that women are stereotyped as being: bitchy, impulsive, over-emotional, dysfunctional, and not focused. She doesn’t win the affection of potential investors not only because she won’t blow them afterwards, but also because she comes off as cold, calculating, and bland. Equity plays like a hatchet job, something that Breitbart would’ve produced to show that equal rights are a sham. Besides all of the characters’ utter fecklessness, the stakes are exceedingly low here—nobody’s going to jail, there are no murders, no one’s life or career is at stake. Which is fine—but the movie’s been promoted very aggressively with the, well, woman card: the poster reads, “ON WALL STREET, NOT ALL PLAYERS ARE CREATED EQUAL.” This is certainly true, but it’s not borne out during the course of the movie, within and outside of the story: it’s poorly written, shot with an amateur’s eye, and acted as if under protest—no one appears to want to be here in this sterile, alcohol-soaked bore.

Of course there’s the married lesbian couple with two kids, one of them an investigator that tries to suss out Naomi’s book cooking before succumbing to the allure of money. The movie begins and ends with Menon’s thesis about women wanting money. Absolutely true, but you couldn’t get together a less competent group of women to prove that the playing field should be leveled. There’s no Iron Lady here, and everyone is dull and utterly average, which is a shame, because if Equity weren’t already destined for some VOD purgatory after it leaves theaters in a couple weeks, the Breitbarts of the world might’ve picked this up and rightfully said “SEE?”