People are never as hot as the actors that play them. 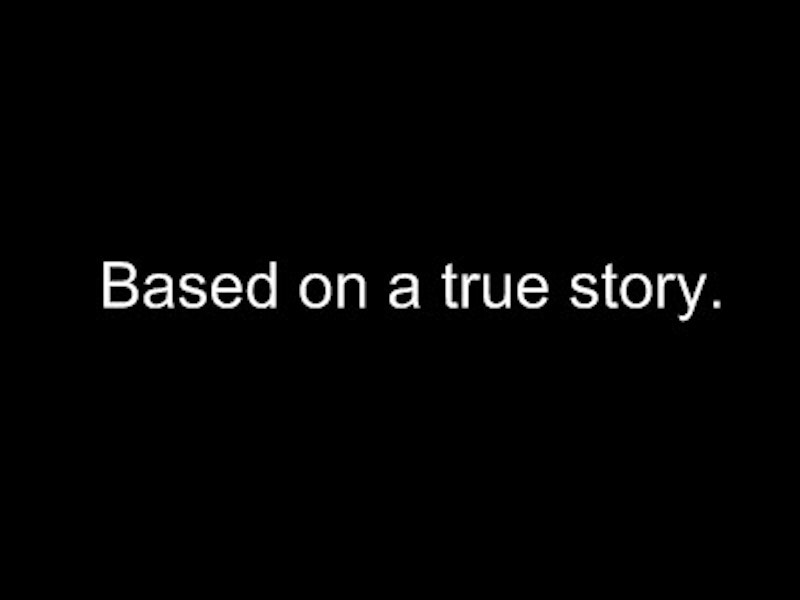 I’ve been seeing a lot of movies based on true stories lately. It’s not a trend, it’s old as dirt, but I feel like the title cards at the end explaining how everything turned out in real life have increased, gotten longer, and almost always include pictures of the actual people portrayed by prettier people in the movie. People are never as hot as the actors that play them. Just this year, there’s been The Lady in the Van, The Man Who Knew Infinity, The Angry Birds Movie, War Dogs, Hands of Stone, Sully, Snowden, Deepwater Horizon, and Masterminds. All these movies either flashed pictures or featured cameos of their real life subjects at the end, and without fail, they’re all monsters: pockmarked faces, misshaped features, barn animal dispositions. Edward Snowden’s winking swap with Joseph Gordon-Levitt at the end of Oliver Stone’s movie was so bizarre and beyond smug. Stone spends two hours trying to endear us to this libertarian starfucker nerd and there he is at the end, eager to cameo in a Hollywood movie despite being a political exile in Russia.

Movies about mathematicians are unnecessary: where’s the biopic about the guy that invented penicillin and gave it away to the world? The Imitation Game was an exception to this rule because no one looks more like a horse than Benedict Cummerbatch. I call on Jeff Bezos to buy Netflix and bring that shit back to the theaters, because I’m sick of seeing low-rent shit like Elvis & Nixon that belongs in a 7/11 impulse buy bargain bin. I don’t think they’re really trying anymore anyway: what exactly was the point of Deepwater Horizon? That went down six years ago. We all remember what happened! Sully at least I can understand from Clint Eastwood’s perspective— pure American hero in an era when unalloyed virtue is rare, cynically released on the same weekend as the anniversary of 9/11. Even if that whole megillah with the NTSB was fake and Sully was never seriously questioned by anyone, at least that provided some conflict in a story where everyone won and came away satisfied. The first half of Deepwater Horizon might as well be in Chinese, because I felt like I watched The Big Short again, just totally lost in oil rig mumbo jumbo and thick Louisiana patois. The second half is all poorly rendered explosions in bad taste—do we really need to see these poor anonymous guys that died on this oil rig get their skin blasted off and see glass shoot into their eyes? Everyone knows what happened and no one won or came away satisfied.

Deepwater Horizon and Masterminds have something else in common: beautiful rich professional actors playing poor dumb hicks. Nothing new, but who’s the audience? Do we have to see recent events reenacted or repurposed for sub-SNL hijinks starring only the beautiful people? Be grateful that we acknowledge you and your struggles! I hope you enjoy John Malkovich’s attempt at your regional dialect. Well, good!