Can There Be Racism Without White People? 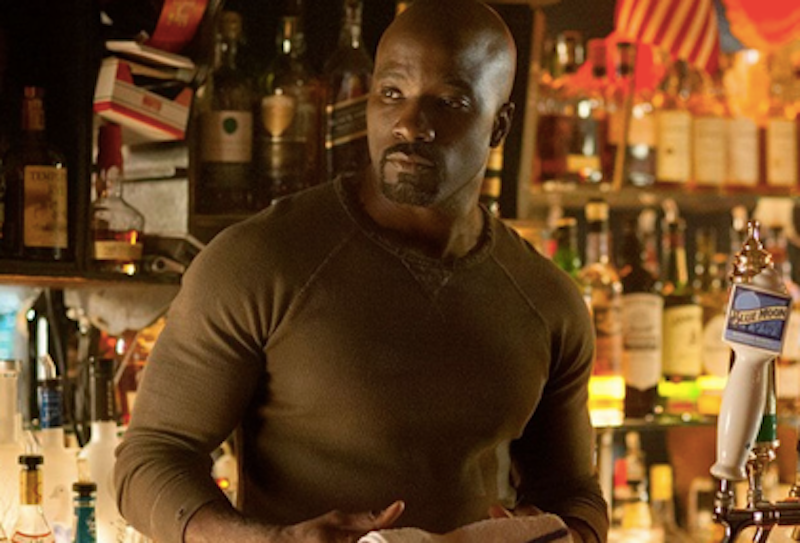 One of the great things about Netflix's first season of Luke Cage is that the cast is almost entirely made up of people of color. Basically every mainstream superhero film or TV show has been centered on white heroes and a white supporting cast with maybe a token black face off  to the side. Luke Cage reverses that. Suddenly, the lone black person isn't a sidekick, cannon fodder, or a footnote. Instead, black people in Luke Cage are cops and criminals, old and young, men and women, villains, heroes, and everything in between. For once, black people—and to a lesser extent Hispanic people—are presented as the default, which means that they can fill a full range of roles, rather than being relegated to stereotype.

There’s one downside to the almost exclusive focus on characters of color, however. Because Luke Cage shows so few white people, it has trouble directly addressing racism. Or, less charitably, the show deliberately casts black characters in the role of oppressors in order to avoid making a critique of white power.

The most obvious example of this is the portrayal of police. Across the country, police departments are disproportionately white, even in black communities or communities of color.  Big cities certainly have many black cops on the force—but the police department on Luke Cage is almost entirely black, and the command structure is dominated by black women. Portraying black women in important positions of authority is a good thing in itself. But showing black women dominating big city police forces ends up suggesting that American policing is a lot more equal, and a lot less racist, than it actually is.

More, when Luke Cage does show police harassing civilians, it’s very careful to have black harassers. The most egregious incident of police violence in the show involves a pre-teen black child who’s beaten in police interrogation by a black male officer. Misty Knight (Simone Cook) roughs up another woman of color Claire Temple (Rosario Dawson). When Luke Cage, in a hoodie, is attacked by officers with imagery that recalls the Michael Brown shooting, the assailants are one black officer and one white officer.

It's certainly true that black police officers can behave in racist ways. Racism in policing is structural, and, as the mother of the beaten boy on Luke Cage tells the black police women trying to calm her down, you can be part of that white structure no matter your color.

But the fact is that part of structural racism is a system in which most cops are not black. The overwhelming majority of cops who’ve been involved in violence against black people since the Black Lives Matter movement started have been white. Luke Cage chooses to sidestep that.

Even the show's portrayal of the prison system avoids discussing racism. The sadistic prison guard who torments Cage (Mike Colter) is white, it's true. But Cage is framed by the black supervillain, and he's deceived and shunted into a program for illegal prisoner experiments by a black woman. Cage makes some offhand, bitter remark about how prisoners are seen as worthless, and therefore as fair game for experiments. But he doesn't mention race explicitly, and he certainly doesn't mention the Tuskegee experiments, which seem like an obvious and powerful analogy.

Luke Cage talks, and thinks, about racism.  But that occurs in a milieu where white people have little presence, and no special power. The show's critique, then, tends to evaporate into a vague fog of unspecificity. Discrimination happens, but with no white people around to benefit, that discrimination is about personal animosity, or miscommunication, rather than about systemic bias.

Luke Cage exists in a black world. That's a welcome novelty for the Marvel universe. But it's also a way to avoid ever having to show a black hero fighting white people.