On Birth of a Nation and Girl on a Train. 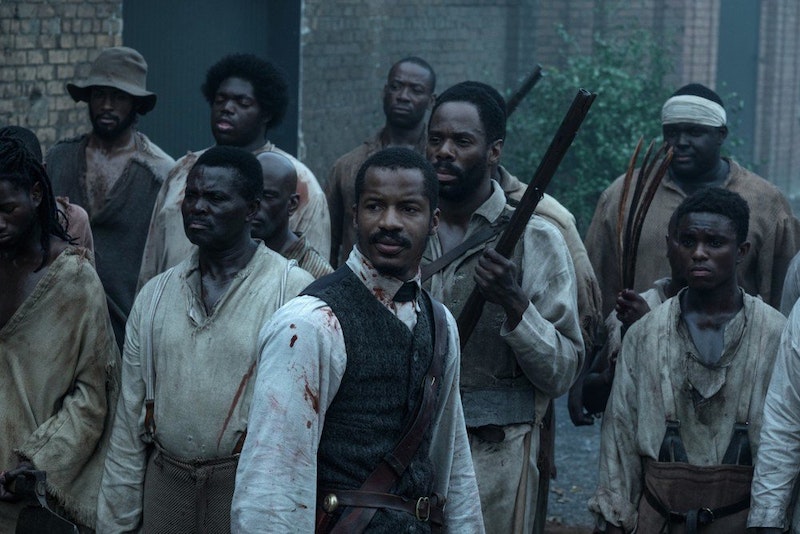 What an odd path The Birth of a Nation has taken to its release. After years of gestation, the film debuted at Sundance, to near-universal acclaim and a record-setting sale, and it had a great story to tell. It’s a biopic of insurrectionist slave Nat Turner, directed by and starring actor Nate Parker, coming to theaters against the backdrop of both rising racial tensions and the “Oscars so white” controversies of the past two years.

It hit the skids, however, when stories started surfacing about the rape charges against Parker and Jean McGianni Celestin, his co-writer, 17 years ago. And while both men were ultimately cleared of criminal charges, certain details of the case, and Parker’s less-than-savvy handling of the issue this year, have cast a pall over the movie.

I’ve had the position all along that the movie should stand on its own. It’s the compromise many of us make with such artists as Mel Gibson, Woody Allen, or even Charlie Sheen—a lot of talented artists have been accused, or more than accused, of doing very bad things off-screen, but it’s still only fair to the work, and to others associated with it, to take the project itself at face value.

But I’m sad to report that The Birth of the Nation isn’t worth that courtesy. It’s a highly audacious and admirable project, from its subject matter to its decision to use the same title as the seminal D.W. Griffith film from 101 years ago that’s a major touchstone of American cinematic history, even though it’s an ugly propaganda film for the Klan. But it's not a very skillfully made movie.

The Birth of a Nation tells the story of Nat Turner, the slave who led a major insurrection in Virginia in 1831. It’s a major piece of American history that has somehow never been part of a major motion picture before now, although it did comprise a chapter in Roots back in the 1970s.

The film goes through Turner’s whole story: he was a slave who saw his father murdered, later became a child preacher, was passed around among various plantations who expected him to preach passages that encourage docility and obedience. Later, though, it’s other aspects of the Bible that help encourage the revolt. The film’s view of Christianity is one of many themes that The Birth of a Nation scratches the surface of, without really developing it thoroughly.

Inspired by that verse by the things he sees—including multiple rapes of women—Turner eventually develops a political conscience, which quickly results in his leading a revolt against the slaveholders.

Parker’s performance as Turner is affecting, and the film does sport three or four great movie moments, especially when Turner responds to scripture (from Armie Hammer) with scripture of his own. But the list of things that go wrong here is long. With the exception of Turner, no one else in the movie registers in any way as a character; some, such as Gabrielle Union's character, don’t even get to speak. It repeats the common trope in movies about racism in that it makes a single character (played here by Jackie Earle Haley) the human avatar of all racist evil.

Perhaps worst of all, The Birth of a Nation is not well-directed. Totally inert on screen and filmed on what looks like about three sets, it’s a film without much sense of pacing or dramatic tension, with very little visual artistry. Not to unfairly compare, but the last film about slavery that was a legitimate Oscar contender, Steve McQueen's 12 Years a Slave, was a film about slavery that was also a triumph of virtuoso filmmaking; this one’s not. There should be a great movie about Nat Turner. There should’ve been one years or decades ago. This American story deserves a better movie than The Birth of a Nation.

Girl on the Train is a thriller that’s crazy in good and bad ways. It features an outstanding lead performance from Emily Blunt and a strong visual style, courtesy of director Tate Taylor and cinematographer Charlotte Bruus Christensen. But it’s hurt at the same time by an unnecessarily convoluted structure, a plot full of ridiculous contrivances, uneven performances, and a third-act twist that’s not very shocking.

The film, based on the popular novel by Paula Hawkins, is a pastiche of marriage, abuse, alcoholism, and unreliable narration. Blunt stars as Rachel Watson, an alcoholic jilted wife who spends her days riding the train between Westchester and New York City, taking the time each day to obsessively admire one couple (Luke Evans and Haley Bennett), who live down the street from Rachel’s ex-husband and new wife (Justin Theroux and Rebecca Ferguson), who she occasionally drunkenly stalks, in between train rides.

The film rotates its narration among the three women, throwing in exposition about their different relationships with each other; once you figure out what’s going on, the ground will shift again. Soon there’s a disappearance, and a mystery to solve. It all leads up to a climax that's not quite as thrilling as the filmmakers probably intended.

From the book (which I haven’t read), the action has been moved from London to New York, with the titular vehicle now a Metro North train headed towards Grand Central; it’s the rare film that actually gets New York area train geography right. The film also absolutely captures the depressing soullessness of some parts of suburban Westchester County; while resisting the American Beauty trope of pretending it’s a huge scandal that people in suburbia are miserable. I had no idea there were so many beautiful homes in Westchester that are located 50 feet away from train tracks.

Blunt, once again, is fantastic. She’s significantly de-glammed from how she typically looks, and plays several different modes throughout, from angry to drunk to depressed. Also good is Ferguson, from the most recent Mission: Impossible film, although the film never quite gets a handle on her character.

Less impressive are Bennett and Evans. Bennett doesn’t register much, but Evans gives legitimately one of the worst performances of the year. And I’m not exactly sure what the normally wonderful Allison Janney was trying to do with her detective; the character’s personality and competence level seem to wildly fluctuate from scene to scene. Taylor’s direction is an improvement over his first two films (The Help and Get On Up). While he's no cinematic virtuoso, his direction keeps things moving. But he's not David Fincher.

Comparisons to 2014's Gone Girl are obvious: both are blood-drenched thrillers, arriving in early October, based on best-selling, female-authored debut novels with the word “girl” in the title, despite the protagonists being adult women. Both deal with the subjects of modern marriage, abuse and violence, inspiring dozens of think pieces. And both pivot on an earth-shattering plot twist.

I want to talk about that twist (without, of course, revealing it). I guessed it about halfway through Girl on the Train. I’m not saying this to brag, but rather to say it’s a flaw in the film that the twist is so obvious. It's like an old noir in which a character turns out to be the murderer because that person is the only character in the movie who could be the murderer. The film’s other big flaw is that it has a certain subplot which is way more screwed up, and tragic, to be such a minor subplot, to the point where it makes the rest of the movie look piddling.

Fans of the book, and of Emily Blunt, and those who write online essays about gaslighting are likely to enjoy Girl on the Train. But don't expect to be surprised by the movie.