We Broke Up is flawed, but it does offer a showcase for Aya Cash. B- 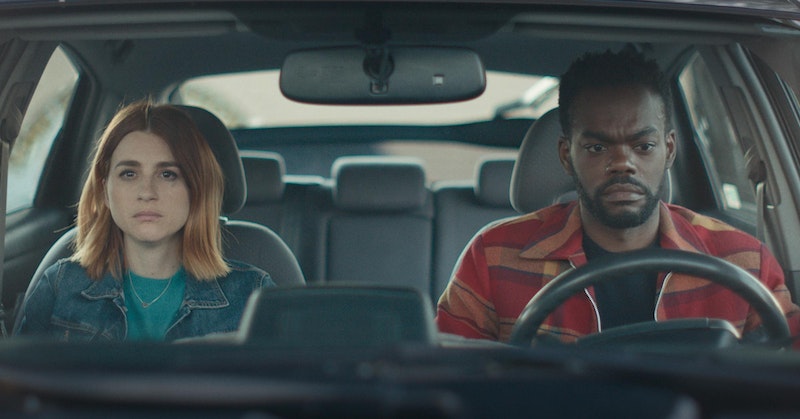 Why isn't Aya Cash a huge movie star, or someone who gets movie roles at all? That's a question I've occasionally pondered ever since I first saw Cash on You're the Worst, the hilarious five-season FX series on which she starred between 2014 and 2019.

On that show, Cash was funny, caustic, and an original character, if you're not a fan of that show, you've never heard of her. I couldn’t think of a movie she’s ever been in besides her bit part as Leonardo DiCaprio’s secretary in The Wolf of Wall Street (she’s the one who tells Jonah Hill to “go fuck your cousin.”).

Now, Cash has a starring movie role in We Broke Up, which like You're the Worst stars Cash as the female half of a dysfunctional couple. At just 80 minutes, We Broke Up is a slight, fitfully enjoyable film that doesn't have much new to present about weddings, relationships, breakups, influencer culture, or any of its other subjects, and it's not as groundbreaking as You're the Worst. We Broke Up is a high-concept indie romcom, one directed by Jeff Rosenberg in such a way that pays frequent visual tribute to Wes Anderson.

Cash and William Jackson Harper (Chidi from The Good Place) play a long-term couple that breaks up in the movie's first scene, after he proposes marriage and she instinctively vomits at the very thought. The complication is that her sister is about to get married, and neither of them wants to ruin the festivities by acknowledging the breakup. So they attend the wedding together and pretend they're still a couple. Then, of course, they each meet other romantic possibilities at the wedding, although how it ends won't come as much of a surprise to anyone who's ever seen a romantic comedy before.

The groom is Tony Cavalero, who played the Jack Black part in the TV adaptation of School of Rock, and here is a surfer layabout, while the bride is Sarah Bolger, from The Tudors, playing a vacuous influencer type. And Peri Gilpin—Roz from Frasier!—shows up as Cash and Bolger's judgmental mom.

We Broke Up also has a secondary big idea: The wedding is held at a summer camp, and has that theme, meaning the adults will spend the weekend engaging in camp games, adult, boozy versions of them. Not many jokes land, in part because the location looks like a summer camp at times and like a luxury resort hotel at other times. At least no one takes a jet ski and disappears from the camp, like Adam Neumann supposedly once did.

We Broke Up is flawed, but it does offer a showcase for a talented cast, led by Aya Cash.