Q: Into The Storm, Far From Reality

If you want to learn about the darkest undercurrents that lurk within the Internet, this is a great starting and ending point. 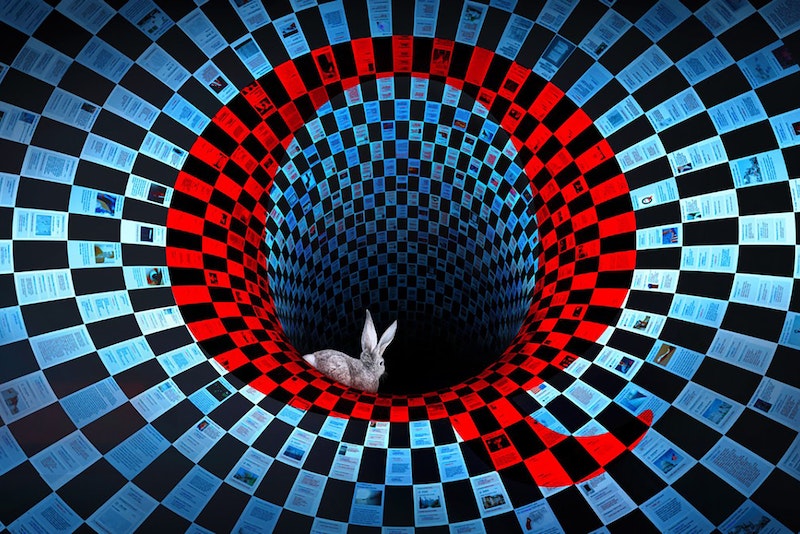 Before last week, I didn't know much about QAnon. I’d heard of 4chan, but never visited the website, and I'd never heard of 8chan. Obviously I knew that Anderson Cooper sacrificed and ate babies (common knowledge), and I knew that QAnon followers weren’t necessarily “all there.” My ex-employer was a QAnon supporter, and would ramble on about the elite media, but she also kept bleach in mayonnaise containers (I never did find out why).

So I went into Q: Into the Storm fairly blind, off a friend's recommendation, something to pass my currently jobless days. The dark world shown in the HBO miniseries is fascinating and disturbing. The deeper I got into the documentary, an uncomfortable thought emerged: “Have I been wrong about QAnon? Is there a Satan-worshipping liberal elite? And will Trump expose them?”

I have fun. Most of the theories that make up QAnon are insane. But this miniseries focuses less on QAnon's outlandish theories and more on how it began and developed. Journalist Cullen Hoback travels to the Philippines to meet the documentary's three stooges. In October 2013, Frederick Brennan created 8chan as a platform that promoted freedom of speech. Anyone could post anything they wanted. In theory, the idea is American, firmly constitutional. But the notion of morality via anonymous liberty was doomed to fail from the start.

A poster named Q began posting ramblings resembling the terrible poetry of Jack Kerouac, with potentially classified information, usually hidden in riddles. Though Q's posts were rarely based in fact, a strong following emerged. Supporters ran with it, creating a web of theories, starting vlogs, spreading false information to fellow disciples, and gaining momentum that eventually spun out of control.

In 2016, Brennan recognized that the QAnon movement had become dangerous. He resigned from his position as owner of 8chan, handing it over to partner Jim Watkins. After the brutal Christchurch shooting in New Zealand, which was inspired by 8chan, Brennan attempted to disassociate himself from QAnon’s origins, jumping through legal hoops to change the name of 8chan (and eventually succeeding.) But this wasn’t enough for Brennan. Now, he wants to take down his former partners: Jim Watkins, along with his son Ron.

The Watkins are clearly psychopaths, though in separate ways. As his son claims, Jim Watkins is truly a character, and not in a good way. Though his vast collection of pens is harmless, some of his other endeavors aren't. Many of the websites he created in the past profit off of child pornography, their crude domain names posing as clickbait for pedophiles.

I found it strange that little attention was paid to Watkins' horrific history, which served as only a footnote in the six-hour series. Hoback writes it off as being “gross and unethical, but there's no evidence suggesting it was illegal.” This is the only mention of such a major detail in Watkins' past.

Since QAnon followers are so obsessed with taking down pedophiles, you'd think that if they discovered that the two people behind the conspiracy promote pedophilia, this would change their minds. If this information was explored more, and more accessible to the public, it might help disarm the QAnon movement. And if this major detail in Watkins' past doesn't change their minds, I'm not sure what will.

It’s unclear what Hoback's intentions were in making this otherwise gripping miniseries. Is he trying to capture the history of the movement? Or is he trying to uncover the person or persons behind Q? The ending is weak in comparison to the rest of the documentary, but if you want to learn about the darkest undercurrents that lurk within the Internet, this is a great starting and ending point.