Sci-Fi Remakes: Redefined For the Next Generation 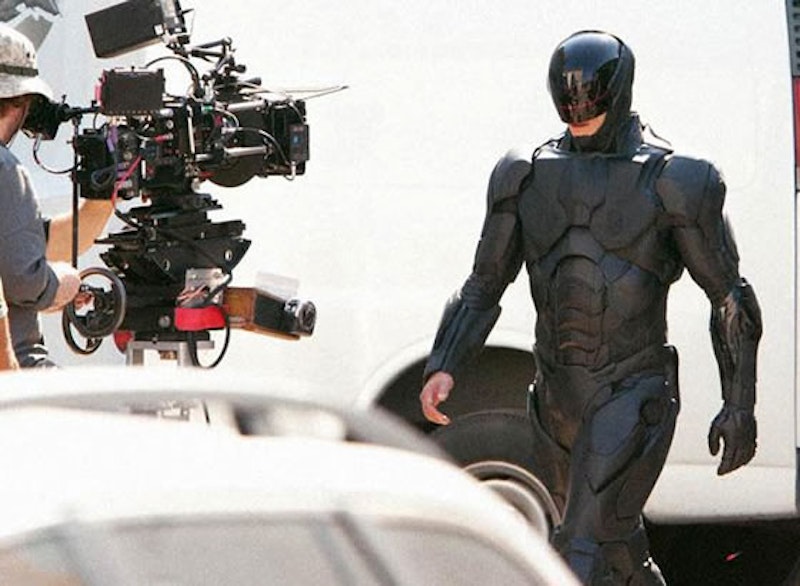 I’m used to being disappointed by remakes of sci-fi movies. When the original is a movie I first saw as a child, one that I made my parents record with their VCR, and watched over and over, to the point where I could recite the hero’s dialogue, those are big shoes to fill. Still, I’ve never really given a sci-fi movie remake a fair chance before.

For example, look at the last sci-fi remake I watched: I’m not the biggest Arnold Schwarzenegger fan, but when I first found out that Colin Farrell would be staring in the remake of Total Recall—one of those pivotal, recurring films of my childhood—I was underwhelmed. I’ve had this reaction to news of science fiction film remakes before, thinking there was no saving a Planet of the Apes remake with Mark Wahlberg standing in for Charlton Heston, or an I Am Legend remake with Will Smith standing in for… Charlton Heston.

But beyond my preference for older actors in general, and Heston in particular, I think my initial, knee-jerk reaction against recent revisions of films I associate with my childhood has much more to do with a kind of instinctual defense of my past rather than any conscious decision. Like an old man waxing nostalgic about how things long ago were better—and broaching no discussion otherwise—I'd lament the state of Hollywood today, and pity all those kids who’ll never have the chance to appreciate the original (and therefore better) versions of these stories, versions whose brilliance and narrative powers are soon to be trampled under the grinding, special effects-driven beast that is the modern sci-fi film industry. Of course, my reaction, much like that of my metaphorical old man, is at least half full of crap. And while I’d like to say simply that the new movies are bad—shallowly made and poorly disguised derivations of former genius—I can’t. Not anymore.

Think of these movies as covers of old songs. They’re remakes and therefore less creative, in some kind of pure, artistic sense, but that’s too simplistic. These remakes are the product of a new generation taking claim of an older idea, an older story. They are the result of storytellers doing what their predecessors have been doing ever since stories were all we had.

And like new covers of old songs, these movies have to please two very different audiences. They have to please people like me, who know or are at least familiar with the earlier versions, and who will judge the remakes at least in part by how they depart or stay true to the original. This is arguably an impossible task—or, at least, it’s a task impossible to achieve for all audiences, given how our different memories and opinions about the original films shape our opinions about any remake we come across. The creators of these movies are also seeking to reach another audience: one that’s never seen the older movies. For this audience, the remakes will be the original movies, their introduction to a story we’ve been telling for a long time, and which we’ll most likely continue to tell, one way or another.

A teacher of mine used to say that we never get tired of stories we like, we just keep telling them. And so, while I’d love to give in to my urge to bash Hollywood for taking the easy way to our checkbooks rather than telling a new story, to do so would be to ignore the fact that Hollywood, like any other capital-driven entity, can only give us what we want to be given. Sure, it can work to shape our desires, but it can’t do too much, without losing profits. The simple fact that remakes of science fiction movies are being made is evidence that we—some if not all of us—are ready for them. We’re ready to replace Schwarzenegger and Heston with Farrell and Wahlberg and Smith. And I guess I’m okay with replacing Peter Weller with Joel Kinnaman as Robocop, too.

I could complain that the newest version of Total Recall fails to invoke the beautifully ambiguous, surreal quality of the first movie, but if I did that I’d have to admit that the story from which the “original” got its material (Phillip K. Dick’s We Can Remember It for You Wholesale) is guilty of the same crime. And while I could argue that Smith’s portrayal of Robert Neville in I Am Legend completely fails to make use of the brilliance of Richard Matheson’s title, I won’t.

So I guess this is why I’ll watch the new Robocop movie: I still like the old one, and don’t think I’ll be able to go long knowing there’s a new version of the story being told, without finding out for myself how it does or does not live up to my own expectations. As I said earlier, I’m used to being disappointed, but I’ll try to give this one a fair shot, this time.