Stories We Tell Beautifully Acknowledges Its Own Limitations 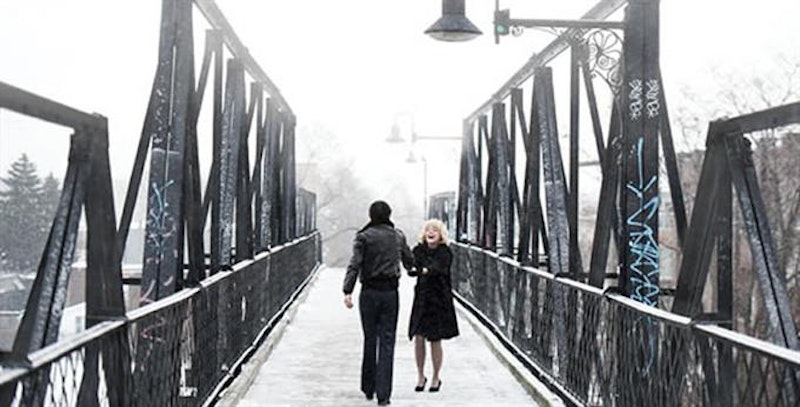 Sarah Polley’s documentary Stories We Tell chronicles her mother Diane’s life, death, and the people she affected. Although Sarah is always in control of the film, she also creates something resembling a democratization of her mother’s life story by allowing different family members, friends, and lovers to tell conflicting versions of this story.

As those who were touched by Diane talk about her acting career and personality, there are several Super 8 shots and scenes that show her playing with her kids, drinking and laughing with friends, and going on dates with her husband, Michael Polley, and later, her lover, Harry Gulkin. About halfway through the movie, I thought, Who the fuck has this much footage of their life?

Diane died of cancer when Sarah was 11, leaving her to piece together who her mother was through stories, pictures, and old movie and television clips. Throughout the film, Harry Gulkin, Diane’s children, friends, and widower, Michael, provide anecdotes and reflection about a woman who always seemed a little restless, someone who couldn’t find contentment in predictability. Diane became pregnant with Sarah in her 40s and decided not to get an abortion while driving to the clinic.

Throughout her life, people often told Sarah that she didn’t at all resemble her father Michael. From an early age, she overheard stories about Diane’s affair with the film producer Harry Gulkin. Sarah eventually discovers that Gulkin is her biological father, establishing a closeness with him while also maintaining her bond with Michael Polley, the man she thought was her father for over 30 years.

As this story emerges so does Harry’s idea that he should be the one telling the story of his affair with Diane, that Sarah’s pseudo-democratic documentary will be too chaotic and unreliable to arrive at any truths. But the way Stories We Tell constantly acknowledges how any story can be unraveled gave me a sense that Sarah Polley is honestly attempting to tell her mother’s story; and, without the film’s inherent acknowledgment of its own limitations and flaws, I don’t think I would have cared about Diane nearly as much as I did.

Drawing direct attention to the unreliability of memory and storytelling doesn’t necessarily result in truth; and this unraveling can often get tiring. But I’ve come to get irritated by most movies and pieces of writing or music that expect me to keep my brain locked in suspended disbelief without openly or subtly de-centering themselves in some way. Documentary is a form that naturally lends itself to this de-centering, and I think Stories We Tell is a good example of what this genre is capable of accomplishing.