Is the cult classic a run-of the-mill slasher flick, or something better? 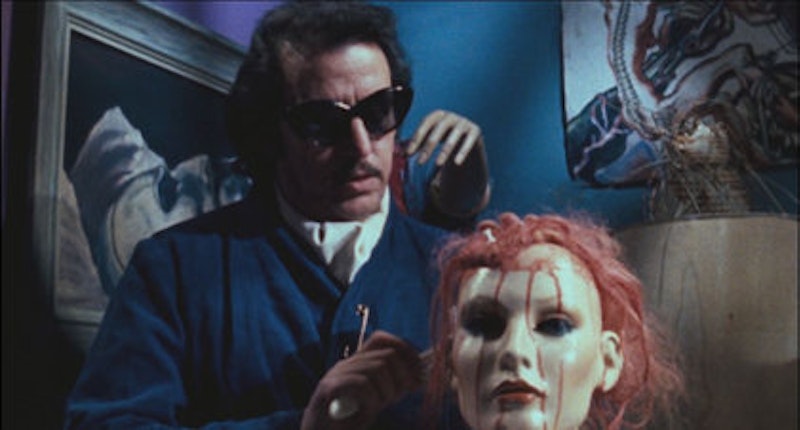 When I sat down to watch William Lustig’s 1980 cult classic, Maniac, I expected something along the lines of Halloween—a faceless murderer with superhuman capabilities that goes on a killing spree. There’s plenty of horror clichés in the movie, but I also found myself sympathizing with Frank Zito more than I ever have with Michael Myers and the many slasher antagonists he inspired.

Joe Spinell, who co-wrote the film with C.A. Rosenberg, plays Frank Zito, a fat Italian man who likes to scalp women and place their hair on mannequins, whom he interacts with as if they were alive. From the beginning of the movie, we’re invited into Zito’s world and perspective, something that’s missing from most slasher films from the early 80s and late 70s. Actually, “invited” isn’t the right word, because Lustig forces the viewer into Zito’s brain.

In the 1978 version of Halloween, which established the mold of the slasher movie, Michael Myers isn’t much more than a shadowy monster, even after you learn about his back story. He killed his sister when he was six, suggesting that he’s innately evil. Like an otherworldly killing machine, he has super strength, can instantly appear in unexpected places and take absurd amounts of damage. But, hanging out with Frank Zito in his dingy New York apartment, where he keeps his TV and radio on for company, I got a sense of a profoundly lonely human.

Zito spends a lot of time talking to himself and a neglectful mother who now only lives in his head; and he routinely experiences torturous flashbacks of his murders. He’s also ugly in a very mundane way, with pock marks on his cheeks, greasy skin, and male pattern baldness. (Zito’s ugliness in the original Maniac is one reason why the 2012 remake, starring Elijah Wood, isn’t as good. Elijah is too handsome to pull off a believable Frank Zito.)

Lustig uses a claustrophobic, on-the-shoulder narrative perspective, often showing us the world directly through Zito’s eyes, which creates sympathy both for him and his victims. When flashes of Zito’s mother replace a mannequin in his bed for a few brief seconds, it’s done without any hand-holding for the viewer, and I didn’t understand what was going on at first. But I eventually found the disorientation to be effective—an attempt to make me understand why Frank Zito is who he is.

Maniac also adheres to some of the worst slasher clichés. During long chase scenes, Lustig eroticizes the female in distress and glorifies Zito’s position of power. Also, you usually know exactly what’s going to happen in these scenes, in large part because of the ridiculously cheesy (and kind of awesome) synth soundtrack. As a white male who grew up on 80s slashers, perhaps it’s easy for me to gloss over these things, but I still think that Lustig’s attempt to humanize Frank Zito outweighs the movie’s faults.

As a culture, we’re attracted to empty antagonists like Michael Myers because of the way they reinforce black-and-white ideas of good and evil. It’s much easier to see Adam Lanza, James Holmes, or any other killer as an evil monster than it is to attempt to understand them. While Maniac doesn’t paint a portrait of Frank Zito that’s as complex and heart-rending as, say, that of Perry Smith in Truman Capote’s In Cold Blood, it’s still an early and important attempt to venture into the mind of a killer, which should elicit sympathy in addition to fear and revulsion. Lustig’s film is often clumsy, but it also brings up the idea that all humans are capable of monstrous acts, that there’s no such thing as inherently good or bad people.